Bumping this thread, because i want to play this game.

Few post up there’s a link to the repo

There’s something new added more environment sprites added animated sprites of walls and floor added satellite (it will further show how much the character is close to the final boss, probably …) added visual effects of strokes, appearances of steps, death, transitions to the next floor monsters after death will leave a puddle of blood In the plans add wiki to killed monsters, weapons (symbol table and text output procedure already added) update the level (taking into account the newly adde…

Hmm, maybe I was not using the latest download when I played last. I couldn’t do anything in game. I’ll try again. Thx

From what I remember, the last version I played let you get to the first boss.

Damn this looks great, but I can’t find a working version of the hex. @Keyboard_Camper the one you posted was giving some strange graphics results trying to use with projectABE, do you have a different hex that works?

Hi!
I decided to finish my old project.
Over the past time, many ideas have appeared on how to make the game better.
I remind you that the game was originally created without using the Arduboy library and I will complete it using my tools.
But I want to transfer the game upon completion using the native arduboi library.
Is it still interesting to anyone?

Hi! Nice to hear you’re picking up this project again!

if the game would use Arduboy libraries and the source would be available then it would be easy to compile for different Homemade Arduboys.

@GetChiper, it’s great that you decided to continue making your wonderful game. I’ve been waiting for it for years and I don’t think I’m the only one. I also remember that you had a color version of the game, which is also very curious. Porting the game to Arduboy will not only give many people the opportunity to play on Arduboy and Arduboy compatible systems, but it will also make it much easier to port the game to other platforms, which will further expand the audience.

Remind me how much space does the bootloader take up?
What size can I make my hex file?

I rewrote my engine to be more like arduboy library. To facilitate porting later. It turned out better than I expected!
All sprites are already in arduboy format.
Added new features. Including the walls of the labyrinth can now be destroyed. For example, in order to shorten the path to the desired place.
You can already go through the empty labyrinths - it remains to add a few monsters)

Remind me how much space does the bootloader take up?
What size can I make my hex file?

@Mr.Blinky made a modified bootloader that’s only 3KB, but not quite everybody has one of those, so you’d be limiting your audience by a fair bit if you targetted that.

Yes it should. Evidently I typed 24 instead of 28. I must have multiples of 8 on the brain.

I added all the planned sprites and so far I can fit in 28kB with a margin. But there are no mob scripts yet. I hope I won’t have to remove anything from the planned.
It remains to make mob scripts and some common scripts. 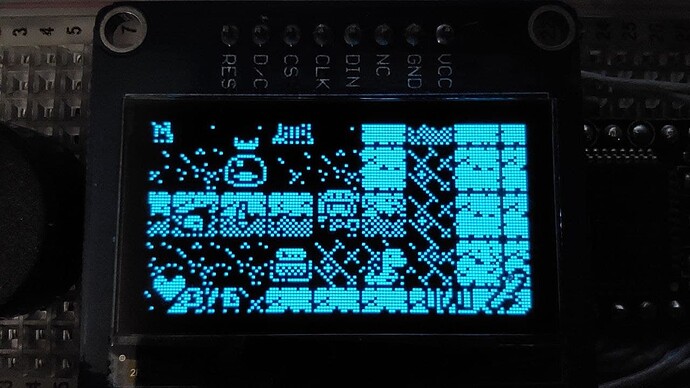 Are you compressing the levels at all? If not, that might be worth considering.

If you’re struggling and your homemade Arduboy has FX support then it might be worth looking into how to move your data onto the FX chip.

Have you looked at removing the USB stack or compiling with the home brew package to save a bit of memory ?

Are you compressing the levels at all? If not, that might be worth considering.

Levels are randomly generated procedurally.
Except for a few (starting, ending and bosses). 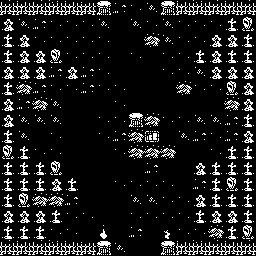 If you’re struggling and your homemade Arduboy has FX support then it might be worth looking into how to move your data onto the FX chip.

Have you looked at removing the USB stack or compiling with the home brew package to save a bit of memory ?

I want to stay in the classic arduboy.

It remains to make mob scripts and some common scripts.

The attacking and damage animation however can be lengthy and take up space.