I always wanted to do a neopixel Arduboy stand up for maker faires when I still went to them/they existed.

I always wanted to do a neopixel Arduboy stand up for maker faires when I still went to them/they existed.

I contemplated building something similar a year or so ago, although the NeoPixels are overkill for this purpose. Full (unnecessary) RGB support, big, power hungry, and expensive.

Then I thought about chaining a bunch of those 8x8 MAX7219 matrix displays together with some kind of MCU driver that emulated the SSD1306 display format. Of course, you would need 128 of the 8x8 modules which is still pretty big, power hungry, and costly.

For a MCU driver interface that can emulate the SSD1306 SPI interface, don’t forget about the inexpensive (< $2) STM32F103C8 based blue-pill boards. I never quite finished the project, but was making good progress a year ago using one for VGA out:

I wanted to share something I have been working on for the last few days. (The idea came to me during a road trip over the weekend). The idea is to use a ‘cheap’ (< $2) STM32F103C8 microcontroller to provide a VGA-out adapter for DIY Arduboys similar to the excellent FPGA based one that @uXe came up with: VGA1306 (VGA-out for DIY Arduboys implemented on an FPGA!). The primary advantage is the low cost (< $2 for a ‘blue pill’ board) and easier toolchain (GNU GCC compatible) compared to the FPGA…

Funny you mention neopixels. At first I wanted to use the parallel mode for the VFD and a neo pixel as RGB LED (one GPIO left). This led me to write some fast neo pixel assermbly code (~26us per neopixel) and made me realize that driving an 128x64 Neopixel display by Arduboy is very possible

To emulate the SSD1306 properly I need two SPI slave ports to capture the state of the D/C pin as the last SPI bit is clocked in.

I asume you connect arduboys SCK to both SPI slaves? That’s more accurate then trying a pin change interrupt on DC pin and keep track of a byte counter /buffer position

Got one of those and a 128x64 RGB panel. unfortunately the panel arrived partly damaged and in dissapointment didn’t didn’t really get started.

Got one of those and a 128x64 RGB panel. unfortunately the panel arrived partly damaged and in dissapointment didn’t didn’t really get started.

Could be worse.
I got mine in perfect condition then within 2 hours fumbled it to the ground.
You can see the 6 missing pixels in the upper right corner.

And toasted a Due because I was using a cheap pullup (or pulldown? can’t remember) method & diodes as a makeshift level shifter ( proper ones were still on a boat from China) and the Due tried powering the entire LED display when the 5V DC adapter got unplugged.

To emulate the SSD1306 properly I need two SPI slave ports to capture the state of the D/C pin as the last SPI bit is clocked in.

I will stop proselytising about FPGAs after this, I promise, and I do love a good squeezing of every last drop of maximum potential from a given microcontroller… but - FPGAs can do all of this without ever breaking a sweat!

Need some particular configuration / number of SPI ports? Just configure / add them to your FPGA microcontroller core as required! Here is an example of a $15 board designed for driving LED walls / matrices, running a RISC-V core: 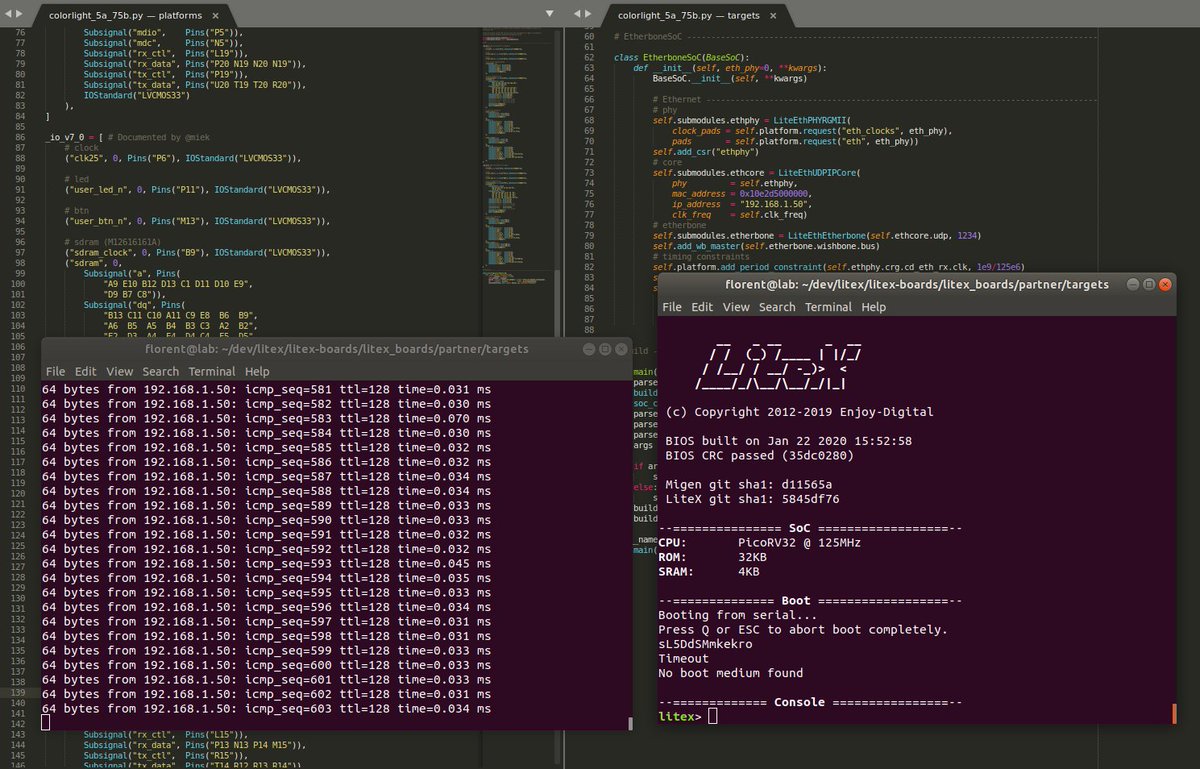 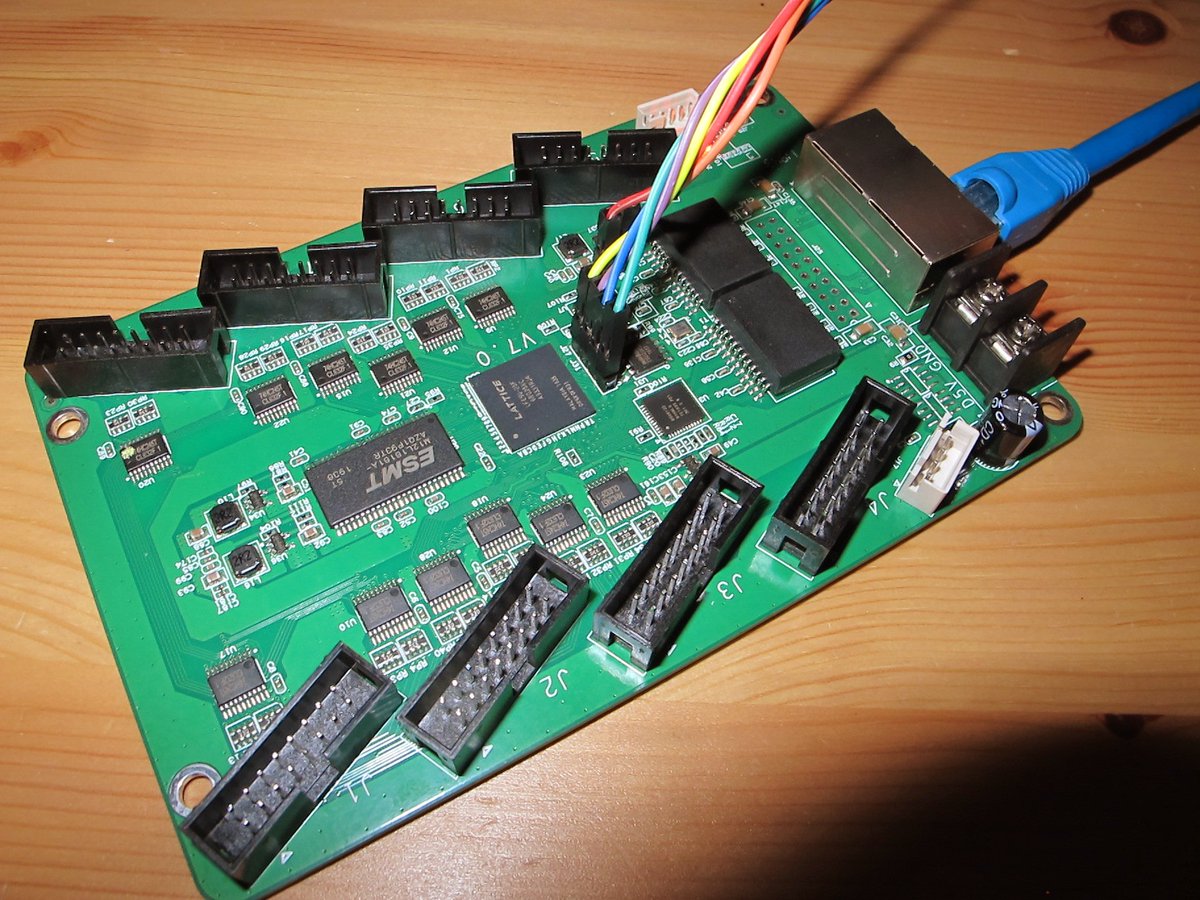 The board uses a Lattice ECP5 (next step up from the Lattice iCE40 that I have been using in projects), has been reverse engineered, and can be coded for using a completely open-source FPGA toolchain, and then support a ‘soft’ microcontroller onboard running an open-source instruction set…

Where can I buy that display?

They show up sometimes on Aliexpress.

What is the screen called?

There’s many names. Usually “128x64 led matrix” or whatever the resolution is.