Never printed any of those

maybe brackets but because is a very generic concept. As @mameise said, you must design your own pieces.

One of the latest was those beautiful speaker covers for the arcade cabinet.

In light of recent events this is my latest 3D print (not my design, but I did paint it myself)

I got my printer mostly out of interest in miniature painting, but also small scale electronics. Nothing like being able to 3D print prototype cases.

Those are nice 3d prints! I guess my mind is just focused on flex PCBA and laser engraving right now!

@eried How did you get that surface finish on that speaker grill it looks like the extruder is like doing some kind of z movement as it prints the top layer(s)?

The power supply on my 3D printer died today. One of those pesky ceramic capacitors cracked.

Good news: ordered a replacement on amazon for $25 with prime shipping and it’ll be here Monday

Bad news: I was in the middle of printing a toy helicopter for my son and I to play with together this weekend now it’ll have to wait. I also had a list of 3D printable toys that he would love that’ll sadly have to wait for a bit.

If I had a 3D printer I’d probably design and print replicas of spaceships and things from scifi series.
Unfortunately I don’t really have the room.

this is my latest 3D print

Very grotesque. At least you’re ready for halloween, I guess.

that’ll sadly have to wait for a bit

Just give him a cardboard box, some plastic bottles, some scissors and some tape or glue.
That worked perfectly well before we had all these newfangled 3D printers. :P

It is a textured PEI steel sheet. My printers are very old (from 2011 and 2014) so I constantly add the “new fashionable” stuff. Latest additions were that texture option, filament sensor and powerloss recovery

It is a textured PEI steel sheet.

Oh so thats the base layer?

Yeah, this is what finally lead me to the PLA being bad… I literally CANNOT pull hard or fast enough to get it to separate. It always leaves these whispy strings behind. Even at 180 degrees… any colder and it wouldn’t melt.

I’ve found that higher temps on PLA usually makes the hairs much finer, then after waiting for the print to cool down I use a heat gun on high to very quickly sweep over the print and melt the hairs.

It either blasts the hairs away or turns the hairs into balls/bumps that are much easier to slice off with a box cutter.

Works very well with fat convex models and with large holes (something like a coffee cup). You need thick at least 3-layer walls that can absorb the heat blast without melting.

Fine (under 3-layer-thick) prints might deform, might work if they get refrigerated first but I haven’t tried this far.

Gotta let the model cool down a bit between air blasts to do the other side(s).

If you only print occasionally get a large seal-able plastic box to store your PLA in and a bunch of $2 humidity traps from the dollar-store to shove in that box (I filled half my container with those humidity traps). It has worked great for me, dried up even bad cheap PLA after a few months of just sitting in that box.

I’ve been looking for another slow cheap food dehydrator (since the last one melted itself) for faster drying but turns out I print infrequently enough that the humidity traps are sufficient if I round-robin the spools.

Hey everybody I made something! Thought about you while making it @eried

Hey 3d printing friends, any suggestion why these holes are disappearing?

I suspect it might have to do with the weird gray shadow thing? Is my geometry not closed? I didn’t get any warnings on import…

Holes in blender... Holes in prepare... Holes disappear in print, what? What am I doing wrong here?? 😭 https://t.co/no6At1eVCm 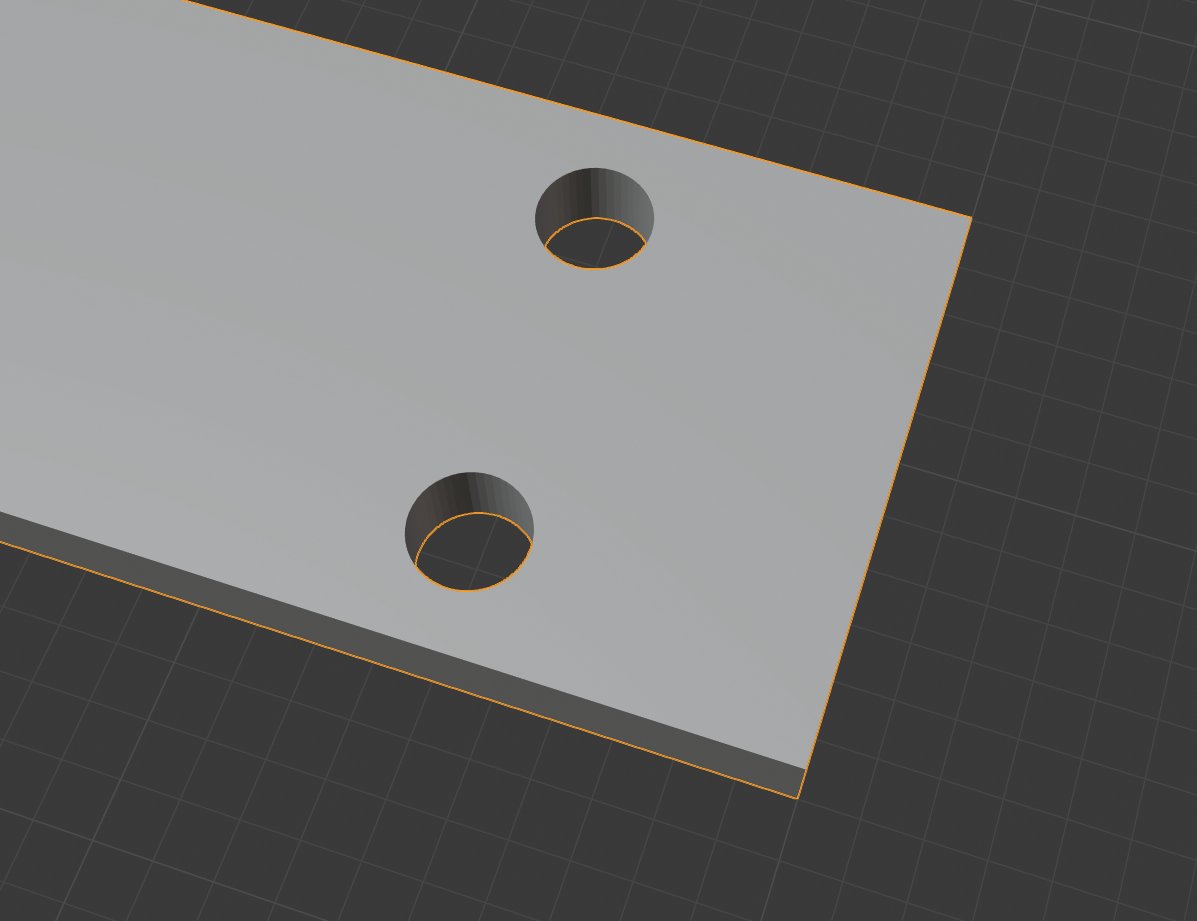 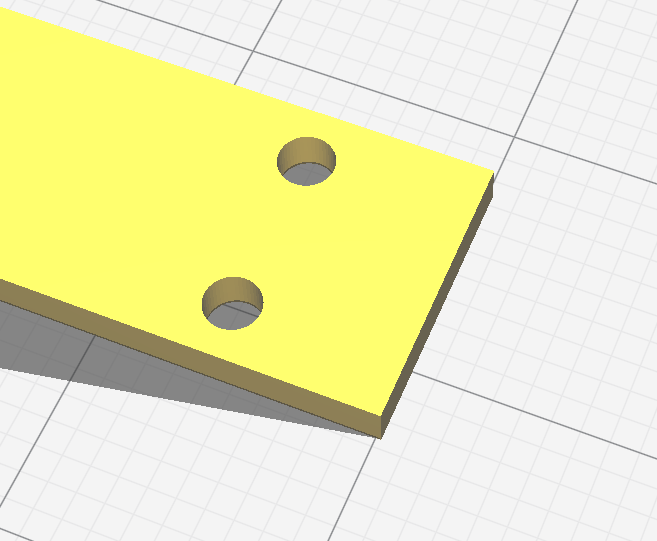 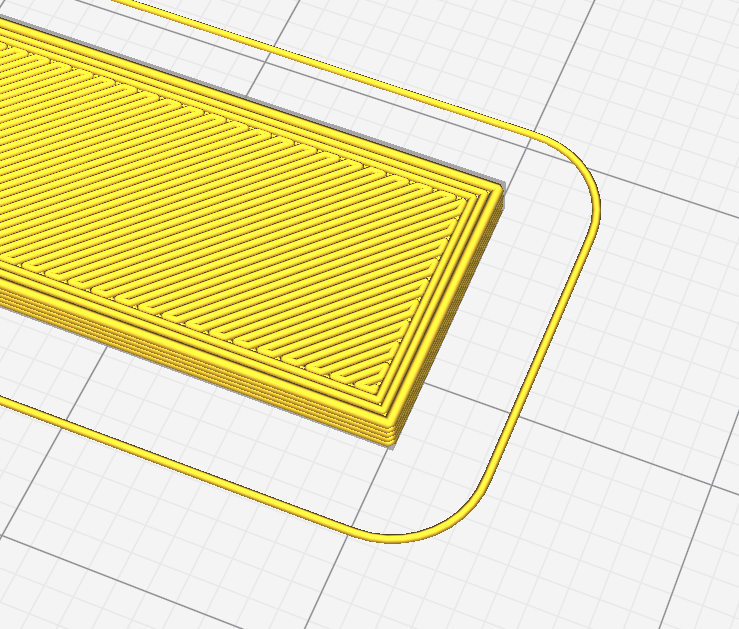 Ok this fixed it, for some reason my volumes are overlapping even though, it doesn’t seem that way?

I created the holes by applying a boolean subtract, which, has worked in the past?

So I guess my problem is in blender somewhere. 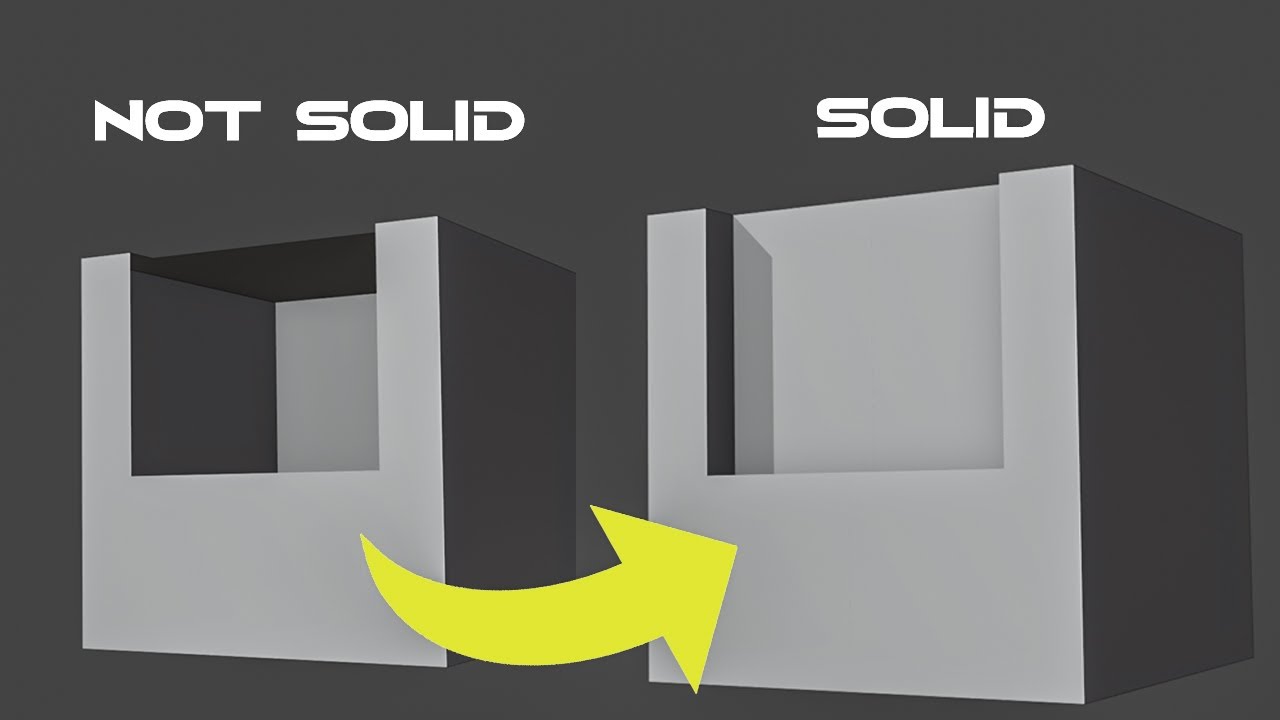 PS - I use OpenSCAD for modelling

in 3d builder you could try to repair the model (that app from MS, I think it comes preinstalled), but yes, I think blender is not ideal for industrial design.

I’ve whined about this before but I learned proE in college, and never picked up autocad.

I should dedicate some time to learning it, take some online classes or something…

Fusion360 is quite similar and free for hobby stuff, if the license of ProE is the problem

I think blender is not ideal for industrial design.

It can be used for industrial design, (e.g. it’s used by KISKA to design motorcycles and powerboats) but there’s a bit of a learning curve.

Yeah if I get the fusion 360 license I can also get the new version of eagle, and there is a toolchain to get the pcb between them easy, so that’s probably what I will do. But it just cheeses me off that after paying for the full eagle license, only a couple years later it’s pointless… Oh well.

Anyways I managed to fix this by:

I managed to fix this by:

That implies that the normals of the faces were facing the wrong way (i.e. facing the interior of the mesh).

It looks like it happens every time I do a boolean operation from objects extruded from geometry made by importing a dxf.

The good news is that there is a way to select features that are non-manifold so it will detect the problem. It seems like I’ll have to do the operation each time, but I think really long term solution is just to learn fusion 360.

I’m pretty sure you can even move stuff around in fusion and it will push back those changes to the board file, so it has a lot of advantages.