An Open Letter by TEAM a.r.g

As you all have experienced, it has been a long time since I have been active in the community. In this open letter I want to address you all as the founder of TEAM a.r.g.

In 2012 I came across an advertisement for Arduino and immediately fell in love. a month later I stumbled upon an Arduino workshop in a town near me. In that workshop I learned there was something as a video shield, which made it possible to “show” pixels on a screen and that was the start for me for creating games. A year later I teamed up with @trodoss whom I still consider as the godfather of sprite based Arduino gaming with both games “Elventure” and “Poofy”.

I had this dream back in 2012 that one day I would be able to create a game with the looks, feels, visuals and sounds of the 8-bit area. So I started to learn about coding for Arduino. I got better at it thanks to @trodoss, but it was when I asked help from other people like STG and Castpixel, things really started to get at a certain level.

Suddenly someone had created a device that looked en felt like something @Trodoss and I were talking about: ‘Arduboy’ and that’s when my dream was starting to get real. Other people like @Gaveno, @huard_olivier, Justin Cyr and @SiegfriedCroes joined our team and more games started to emerge.

I have always been very proud of the quality we created, but the icing on the cake has been the release of Arduventure by the end of 2017. This game is exactly what I had been dreaming of and has al the elements that people back in 2012 would never have believed as being possible. Well actually when I was talking to people about what I wanted to do with an Arduino, nobody believed it to be possible. With accomplishing my dream also came the end to the longing for developing games. I truly feel this part of my live has been completed, like turning a page. In my personal life, so much has happened too and actually fell together with the release of Arduventure.

So it is not with pain, nor regret, but with love that I announce I’m leaving the gaming business for good. My message to all of you is that nothing is impossible, as long as you stay close to your heart. I truly had a great time with all of you and Arduboy.

The brand TEAM a.r.g. with it’s content is for sale to anyone interested in continuing and evolving what I once have started. Until someone is interested I’ll keep the website online and occasionally do a (re-)tweet. But if no-one is within a year, I’ll take it offline.

I wish you all the best and keep gaming, inspiring, developing, helping, learning

PS: special thanks to @bateske for all the things we did together! THANKS MAN

We all have our ups and downs, but it is so important to prioritize your life, mental well-being, family, loved ones, and friends over certain things. So, when you get so big and finally accomplish that certain thing that has been your goal for years, sometimes it is okay to end on a high note. @JO3RI, you are awesome and whatever it is that you are doing, now-a-days, I am sure you are excelling the same way you exceled with the Arduboy.

Thanks for your kind words! We all appreceate your contributions and love your games!

Arduboy would simply not exist if it wasn’t for your help. People should know that you have been an amazing friend to me as well which has been just as important to Arduboys success.

You also deserve praise for all the time you spent managing and producing other peoples work. That is probably what has impressed me most of the work you did at TEAM a.r.g. is that the games were often a strong collaboration between you and others.

You’ve always been someone I can count on, and the world needs more people with your attitude, passion and dedication to helping other people.

I’m glad that I could provide a platform for you to realize some of your dreams.

For a philosophical point to end on: None of us are here forever, we can only choose to spend our spend our time with grace.

Thank you so much for all of your hard work and just being a cool person in general! Best of luck in your future endeavors!

That’s incredible sad - your games are so much fun and the team did create some of the greatest arduboy games ever. It’s like the downfall of atari or sierra for me. It was unbelievable what you did with arduboy.
But, of course you have the right to give your life a new direction and do whatever you want and i wish you the best luck for your future. I will truly miss you and the great ideas and games of the whole team though.
It will always have a place in my heart.
Would be nice, if the games could be added to erieds repo maybe, would be a tragedy if future users could not experience them.

This is a somewhat bittersweet moment, but I respect the decision.
I won’t pretend I fully understand it, purely because I can’t imagine a life without video games.

(I have a few thoughts about what the motivation behind this might be.
All I’ll say is that I hope they’re wrong.)

If I could afford it I’d buy the brand solely to ensure that it lives on for the sake of the other forum users.

Regretably I don’t have anything more poignant to say because our paths have only crossed occasionally.
I guess all I can say is that I very much doubt you’ll be forgotten any time soon.

Would be nice, if the games could be added to erieds repo maybe, would be a tragedy if future users could not experience them.

I’m concerned that if the website goes then the .hex files will become inaccessible to those who like to download .hex files rather than source code.

Granted that won’t happen for ‘at least a year’,
but I don’t want that year to sneak up on us all (as years have a habit of doing).

(Personally I prefer compiling from source code,
but I appreciate that a number of users prefer .hex or .arduboy files.)

Sorry if that sounds like a callous response to a farewell,
but I can’t help but feel a responsibility to look out for interests of the forum users.

I’ve talked with @JO3RI in the past and the TEAM a.r.g. github is able to be forked in it’s entirety in order to catalog the games. There are even some half-built unreleased games that could be polished up. 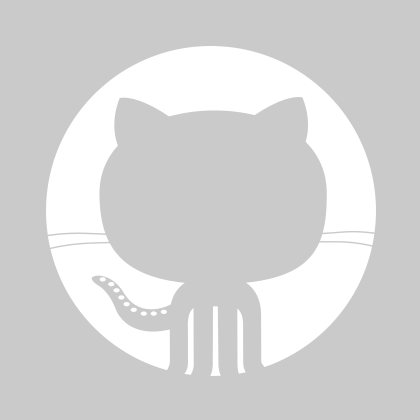 TEAM a.r.g. is about creating games for Arduboy and other Arduino based consoles - TEAM a.r.g.

Of course, be sure to pay attention to the licenses!

I’ll also be working on hosting the content that is on the TEAM a.r.g. website so it’s available here before it goes dark. But plenty of time with that I’ll try to coordinate with @JO3RI so we have it all before he stops paying the hosting bills.

I only very recently stumbled into the arduboy community.
One thing that truly amazed me is the excellent quality of the games, never knew that this could be accomplished on a simple arduino.

Especially the games made by Team A.R.G. are the ones that got me hooked, and made me want to build/own my own arduboy.
The quality of you’re games is top level, and can compete with (imho) with the classic games from the gameboy era.

So it’s sad to hear this will come to a end.
So thanks @JO3RI for giving us some brilliant games, and i hope you will be an inspiration to future game builders.
Big thumbs up,

And all the best, Grtz Per.

This is sad news. For me one of the main factors to participate in the Arduventure Kickstarter was to support the team with the proceeds from the campaign going to them to help further the development of new content, It’s a real shame to see this not come to fruition.

I’m definitely sad to see TEAM a.r.g. disband like this, but I at least do have another project in early planning stages that I’d like to live up to the quality standards I held while working on TEAM a.r.g. games.

Perhaps you’ll be start a brand new team with a similar legacy?

I vote for Team FIL.VAM. or something similar, the true heir to the arduboy throne. The press play name/logo sucks

Not too sure how to take that one lol

I liked our team name, why do we have to do like others exactly?

That being said, I like Empire as a team name. Reminds me the album Empire from Queensryche, one of my favourite albums.

Here’s what we could use? LOL

hahahah I am kinda kidding. I had a C64 but with diskettes not that rubbish of tapes… I actually had the tapes for my 800XE

That being said, I like Empire as a team name. Reminds me the album Empire from Queensryche, one of my favourite albums.

Here’s what we could use? LOL

“press play logo” is just like if an xbox game had the company “Press Menu to start” as the producers and the logo was a finger pressing the menu key… in my impression.

Nope. I was more of a speccy guy