Any easy way to upload games?

So ive had the arduboy for awhile and on my old PC I had used an uploader that included a list of games, in the uploader, that I could pick from and it made the whole process super simple.

Now with my new PC, I had to install the arduino app and then fumble around with extensions and it doesn’t seem to recognize my arduboy being connected and under “examples” in the menu none of the games are listed and if I try to open a game, to send it to the arduboy its in a format that’s not .hex or .ardu

I just want to play some fun little games, why is this so convoluted? I get it if your a programmer but I cant even find the uploader that I used to use.

I tried the arduboy uploader on this site, it opens a window to select the game but only gives me an error.

Is there a way to make this idiot proof? cause im hitting a wall and finding no insight anywhere I look. I know its a small, niche thing but why so complicated? I had an easy way to use this but its gone.

Any help is appreciated!

Hey! You should try https://arduboy.ried.cl/

Saw that, not working

What was that button holding combo that would force the arduboy into “connected” mode? Like up + two buttons or something?

There are a few games that remove the USB bootloader that is required to reprogram without special steps.

Which game do you have on it right now? Is it Arduventure by any chance?

And by the way we all feel your frustration, this is actually just a left over part of using the Arduino system and trying to push the hardware to the limits. I know it doesn’t help you right now but the Arduboy FX fixes this by using our own bootloader that you can always get back to.

under “examples” in the menu none of the games are listed

They wouldn’t be. The Arduino IDE is designed for writing software, and the examples section is for showing software library examples.

if I try to open a game, to send it to the arduboy its in a format that’s not .hex

The Arduino IDE doesn’t open .hex files, it only deals with source code.

It takes source code, produces a compiled executable file (.hex) and then uploads that. The actual uploading is done by another program called ‘AVRDUDE’ which is capable of uploading .hex files.

AVRDUDE can be used separately, but it’s a command line tool and it’s a bit fiddly.

why is this so convoluted?

Arduino is designed with open source in mind - for software to be distributed as source files and then compiled.

Arduboy’s need to distribute precompiled executable files is unusual. There aren’t as many tools for that, and what tools are available are built for programmers and technically-minded people.

A more easily accessible tool could be built, but Arduboy’s games and tools are all produced by volunteers who give up their free time. I.e. there would have to be someone with the right technical expertise/skills who is willing to give up their free time to build such a tool. It’s not difficult to do, but it’s a lot of work to do for no pay.

I cant even find the uploader that I used to use.

Crait’s uploader is no longer accessible, the page that was hosting it just errors. If you want a copy of that one, you’d have to ask Crait himself since it wasn’t made open source.

Team ARG’s is still available in source form, but not precompiled at the moment. Someone might be able to compile it for you though. (I had a go, but I couldn’t get it to compile.)

Alternatively there are a few other options depending on which OS you use:

How to upload a .hex to the Arduboy? Help & Information

In anticipation of everyone receiving their copy of Arduventure and suddenly realising they don’t know how to upload a .hex file to the Arduboy, I’m here to ask now: Just how do you upload a .hex file to the Arduboy? Summary of options: Team ARG’s Arduboy Game Loader (Windows only, created by @TEAMarg, suggested by @Botisaurus) Crait’s Arduboy Manager 2.0 (Windows only, created by @crait, suggested by @filmote) avrdude + avr8 burn-o-mat (Windows, Mac & Linux (Java required), suggested by…

Unfortunately I don’t think any of the other options have a GUI.

I have used xloader with great success. 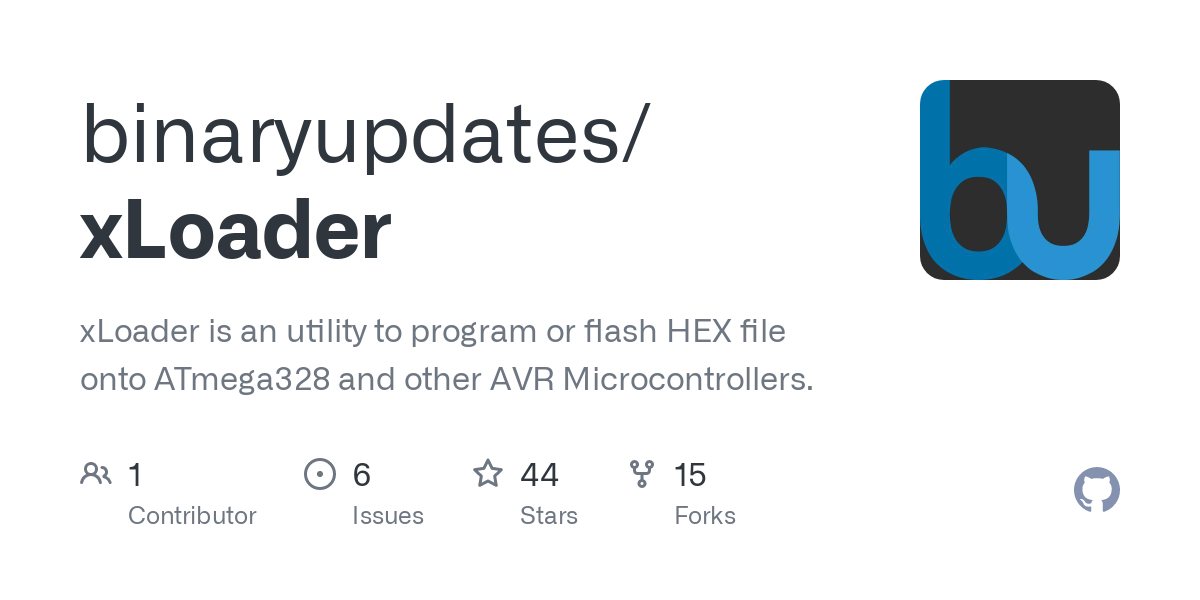 GitHub - binaryupdates/xLoader: xLoader is an utility to program or flash HEX...

Now I don’t remember if it was on my nano i2c clone. Maybe it doesnt work with arduboy or with micro clones.