I programmed a paratrooper game for the Arduboy. 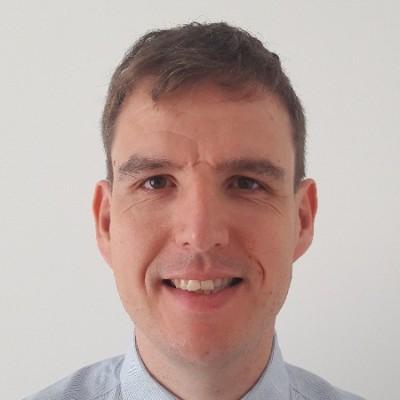 A Parachute Game for the Arduboy. Contribute to leovt/APara development by creating an account on GitHub.

The aim is to catch the paratroopers jumping out of a helicopter before they fall in the water.

The game is playable but not finished yet, the graphics need more work, and the jump sequence / difficulty needs to be tuned.

Please try it out, I am new to the Arduboy and looking for tips and feedback, especially on how to design the difficulty, do you prefer the same sequence for each game or a random jump sequence?

Can you post a picture or screenshot? Those really help people get an idea for the game choosing to download it!

I added a picture above. Please see also a short screen cast on Youtube:

Epic! This is a famous game and watch isn’t it!?

This is a famous game and watch isn’t it!?

How are you getting on with that?

Is this a port of the Nootropic desgin game Parachute written for Arduino TV-out ?

Just a question nothing more

JO3RI, I didn’t know about the Nootropic design game (and neither about Arduino TV out).
Thanks for the pointer

I just added sprites for the paratroopers. Next I will probably do a Game B (with a trooper caught in the tree) and some tuning. Now the missing graphics are the sharks in the water.

This is fab, and could start of Game and Watch porting trend

This is a list of Game & Watch games released by Nintendo, along with their format and date of release, if known. See lists of video games for related lists. Several of these games were collected and re-released as ports for the Game & Watch Gallery series for Game Boy, Game Boy Color and Game Boy Advance. The games also were re-released as stand-alone titles for the Nintendo Mini Classics series in the late 1990s. Digital versions of the games were created as DSiWare which was released for Ninte...

*EDIT: sorry man but posting the complete output of your error like you did was not helpful.

I tried to compile the game and it worked fine. use IDE 1.6.13 and install arduboy library and library 2

Cool hé isn’t it ? BUT all these games are licensed … AND Nintendo isn’t interested in giving a license for their games on other hardware than their own … Maybe we should ask again ?

OK that’s fair… I am using 1.6.13 as well, and checked all the libraries you mentioned are up to date prior to posting. I guess I’ll just keep fussing with it then.

there is no reason why you can’t make up your own.
there is one that was on the Apple app store

@Mortician that’s strange … you downloaded the game, you do have Arduino IDE 1.6.13 and you say you’ve got all libraries installed … are you able to compile and upload other games?

I can not replicate the error. I am compiling on linux. I will try to use stricter compiler options, but i dont have much Arduino experience.

If you find out the cause of the error or a fix, please comment on the github issue.

I just deleted and re-installed all arduboy related libraries. Your code compiles now, but it’s all ‘glitchy’. I have other apps that worked before and they are all glitchy not as well. I know it’s not the unit, as I bought two and just tried my brand new never used green arduboy and experienced the same. Something is wrong with my build platform and I don’t know how to fix it other than re-installing Arduino IDE and arduboy libs, which I have done. I can compile code for my digistump oak, esp 8266 and various other embedded geeky boards I own. I dunno. I’ll have to fiddle I guess.

Your code compiles now, but it’s all ‘glitchy’.

Make sure you are using Arduboy library version 1.1.1

Arduboy library V1.1.1 has now been released, with a fix for the display corruption problem when using Arduino IDE 1.6.10. You should be able to update to Arduboy V1.1.1 using the Arduino Library Manager.

there is one that was on the Apple app store