Hi all,
I finally unified all my custom “draw-bitmap functions” in a library, also I improved the image compressor with Sketch autogeneration from images or animated gifs. 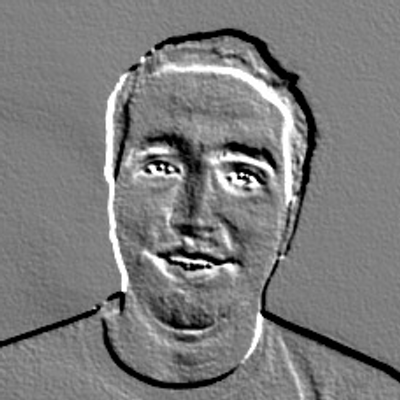 ArdBitmap - A library to compress and draw bitmaps on the Arduboy, it supports real-time resizing and mirroring

Fantastic work! With this library, we can really see some great things being developed in 2017!

I’m going to take a look at it over the next few days and see if I can come up with something weird.

You may wish to consider making the constructor argument a pointer to the screen buffer instead of a pointer to the Arduboy or Arduboy2 library object, since that’s all the functions require. This way, you wouldn’t need the #ifdef Arduboy_2 conditional compile code, and it would work with other libraries with different class names. This would make it better suited to be turned into an actual Arduino library, as well.

Also, we can still discuss integrating these functions into the Arduboy2 library, if you’re interested.

Thanks for the feedback. I hope people can include more graphics & more frames in the sketch to create more complex games.
Draw methods support white/blank drawing, but the lib is not optimized for painting masked bitmaps (you need to make 2 draw calls to paint masked images). Anyway, masks can be compressed a lot, and you can reduce a lot the size of the sketch.

Fantastic work! With this library, we can really see some great things being developed in 2017!

I’m going to take a look at it over the next few days and see if I can come up with something weird.

Thanks! I hope to see new games that can take advantage of the lib. Write me if you need help with it. Also, you can save a lot of space compressing the big images that you included on Circuit Dude.

You may wish to consider making the constructor argument a pointer to the screen buffer instead of a pointer to the Arduboy or Arduboy2 library object, since that’s all the functions require. This way, you wouldn’t need the #ifdef Arduboy_2 conditional compile code, and it would work with other libraries with different class names. This would make it better suited to be turned into an actual Arduino library, as well.

Thanks! I thought that I need to include Arduboy.h or Arduboy2.h, but I see that I can include Arduino.h and be directly compatible with both libs. I will change it today.

Also, we can still discuss integrating these functions into the Arduboy2 library, if you’re interested.

Sure! You can integrate these functions into your lib. Write me if you want to discuss the integration. Thanks!

Sure! You can integrate these functions into your lib. Write me if you want to discuss the integration.

@igvina,
Sorry for taking so long getting back to you on this. I’ve spent some time considering the options and experimenting. I was going to send you a private message about it but I think what I have to say may be of interest to others (if they don’t find it TL;DR

The ArdBitmaplib functions could be added to Arduboy2 in a number of ways:

I would likely choose using the separate class approach. It makes things easier to maintain and, personally, I think it makes the code in the sketch a bit clearer and more structured.

The advantages of adding these functions to Arduboy2 are:

The disadvantages of adding these functions to Arduboy2 are:

I feel that the above disadvantages outweigh the advantages, so I think you should just keep ArdBitmaplib as a separate library. I have some suggestions for you that would address much of the above advantages.

Make the library compatible with the Arduino 1.5 Library Specification

Make the library a template class

This is a bit radical for an Arduino library but it would allow it to directly access the screen buffer. It would also allow you to specify the screen width and height as parameters instead of having to hard code matching values in the library’s header file.

Creating an instance of a template class is a bit more work than a regular class, but it’s still pretty straight forward.

Another advantage of using a template is that code can be conditionally compiled based on macro definitions provided by the sketch. Regular classes in Arduino libraries are logically “compiled” separately, before the sketch code, so a sketch can’t pass a #define to them. However, templates are logically “compiled” when the sketch includes the header file that contains them, so they can see any #define that comes before the #include.

Your library uses two macro values, SPEED_HACK and RESIZE_HACK to optimize for speed or code size. With a template class, a sketch could set these or similar macros to influence the generated code, without the need to edit the library source code.

My tests have shown that generated code size, using a template class in a separate library, is the same or sometimes even smaller than having the class included in the Arduboy2 library.

I’ve already forked your library and made the above changes. My fork is at:

Edit: I’ve deleted my fork because its changes have been merged into @igvina’s original repository.

I can create a pull request from my fork to your repository on GitHub. Or, you could pull my changes to a local working repository, make any desired changes, and then push to your GitHub repository.

If you want to submit the library for inclusion in the Arduboy Library Manager, I can help with that. I’ve already done Arduboy2, ArduboyTones and ArduboyPlaytune.

For anyone else who’s read through this whole thing, I hope you didn’t find it a complete waste of time

thanks for all the feedback about how to improve the library. I really appreciate it.
All the changes that you comment seems good to me. As I’m a Github noob I think it’s better that you can modify directly the master repo with your improvements. Also, I would appreciate your help to submit the library to the inclusion in the Arduboy Library Manager. Thanks!

As I’m a Github noob I think it’s better that you can modify directly the master repo with your improvements.

@igvina, I’ve sent you a private message about this.

I hate to necro a thread, but are there any tips for making ArdBitmap run more quickly? I get some pretty serious slowdown happening when I get five or six 20x16 sprites on screen at a time.

ArdBitmap will be inherantly slower because of the extra features it supports (e.g. mirroring).

Which features are you using?
Are there ways you could do without them?

Unfortunately, the reason I decided to refactor with ArdBitmap is because it supported mirroring (compression was just a nice side effect). I’ve got some complex rotation animations that I’m mirroring to save program memory. The compression and mirroring are the only features I’m using. Is the limited power of the Arduboy gonna make me choose between mirroring and program space?

If you’re using both mirroring and compression then that’s probably what’s causing the slowdown.
One on its own would be a large slowdown anyway, both together makes it even slower.

From the looks of it you’ve got plenty of space and could probably find some savings elsewhere.

You have several options:

There’s quite a few places you could probably optimise a bit.
For example your Vector doesn’t need to be using dynamic allocation and some of your types could be optimised (e.g. don’t use int if you don’t need numbers larger than 255).
(Also switching to brads or only using radians instead of mixing radians and degrees may or may not help.)

I have a hacked version of the arduboy.drawCompressed() that supports mirroring in my Karateka and Lode Runner games. It added surprisingly little code to the original drawCompressed() but only mirrors horizontally.

Look under the src/utils directory. You will see I have extended the Arduboy2 library and in my main .ino file I declare a reference to the extended version as ahown below:

I’ll definitely check this out. Thank you!

yes, you can use the Arduboy bitmap editor that you prefer. Please, send me a private message if you have more questions. Good luck with your game!

I had a few issues integrating this library into a class based framework I am using.

… works perfectly in a normal INO but the ARDBITMAP_SBUF define was causing grief.

Thanks to @Pharap’s wisdom, I was able to get around the problem by adding the following line of code to the library alongside the other #defines. It removes the need to have an instantiated arduboy instance and uses the already visible sBuffer variable.

I think that semicolon is a typo.