Very cool! Yeah, I watched the video before reading your post, thinking, “Hey, I’ve seen an anime game like this, before.” It’s cool you saw it in the Arduboy Magazine. I think it’s really cool to compare code to see how people do the same thing differently.

“Ardu Buggy”, I thought you were describing my development.

Ah ah! You make laugh also my wife.
Every line of code I must upload to view the result, because I’m pretty sure to make a mistake. Now, I buy some hardware to develop because I think to wasted at least 1000 of 10000 upload

I’m sure your device isn’t about to burn out.

If you make a mistake, the console window of the Arduino IDE will help you track down the error. And it won’t upload unless it is error free. You can also compile without uploading to make sure there aren’t errors. It’s a pretty quick process with such small files so feel free to do that as much as you want.

Of course, but when I compile, my finger go instantly on upload sketch because my eyes must see the result

Well, gameplay now is pretty copleted. Miss sound at all.

Try to reach 20000 point faster as you can, jumping and firing over 6 level.

Love it! Thank you for making and sharing!

I almost thought it was Lunar Jetman, one of my fave games from way back then.

PS: Is it possible, can a clone be done? Can someone fit all of Lunar Jetman into the Arduboy?

I think is possibile.
My Dream is porting Underwurdle, always from ZX Spectrum. 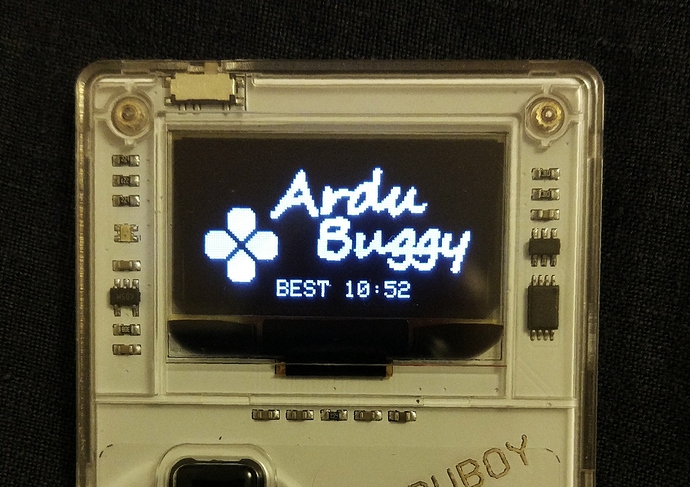 Added some tone and corrected other stuff.

Thank’s to all to allowt me to (re)create something playable end fairly complete.

Thank’s for suggestion and tips.
I made change shortly.

@Nono_Nano, Why are you using arduboy.boot() instead of arduboy.begin()? Do you have a reason for disabling the boot logo?

No, not any specific reason. I can change this.

I think now the problem is solved.

You don’t need to call arduboy.flashlight(), arduboy.systemButtons() or arduboy.audio.begin() anymore. They are all included in arduboy.begin(). And, if you’re using random() you should include arduboy.initRandomSeed().

You should use the defined values for turning on and off the RGB LEDs.
RGB_ON instead of LOW and RGB_OFF instead of HIGH

When testing my new “dev-board” 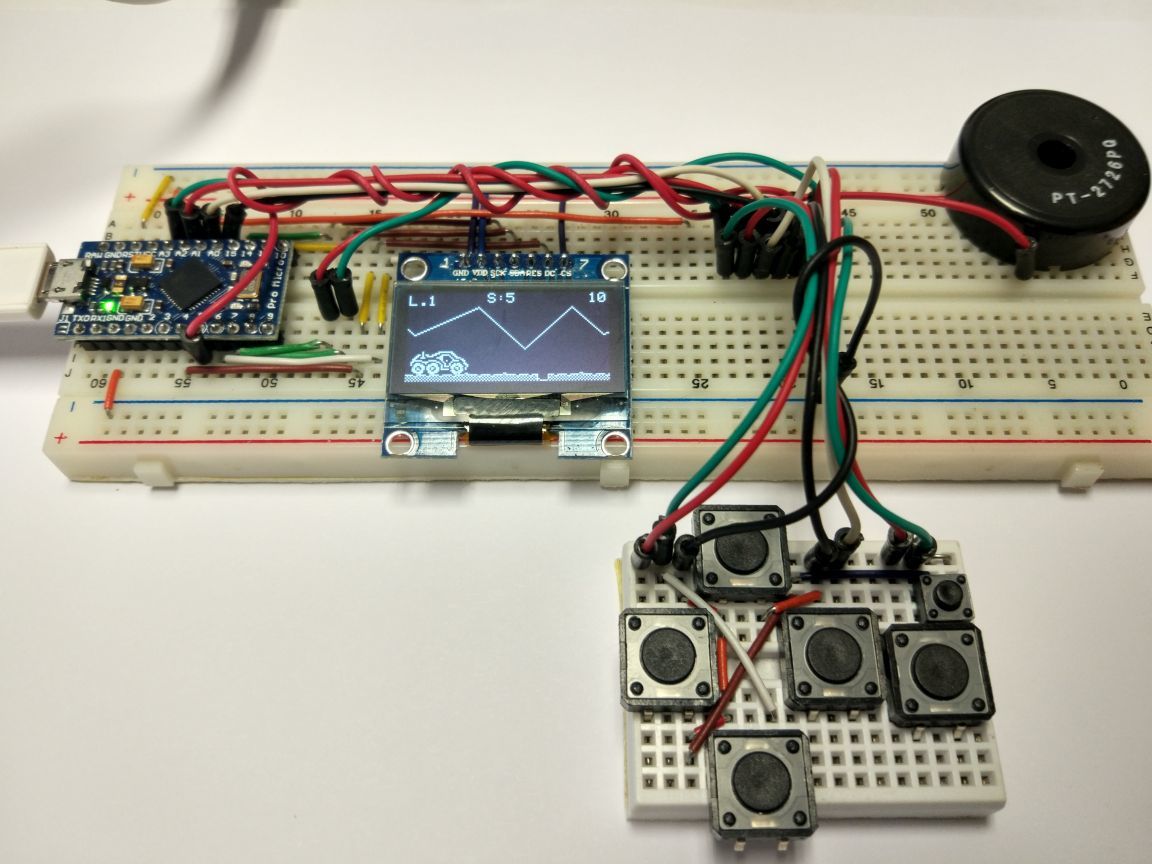 I found a bug that don’t allow obstacles creations after game restart.
Now it work correctly.

eh nice game too, I’ve been playing it but got distracted by Erwin’s Arduboy Collection and his nifty Arduboy Game Uploader …