So, aparently this is a thing, or at least it soon will be:

I guess I’ll be making a “fork” of this that runs using whatever display is in the Micro Arcade.

Anyone know what display it is?

Someone made a 3D renderer for the Pokitto and nobody uses it.

Indeed, that sweet, sweet engine could make some really nice retro-3d games on the little pokitto. 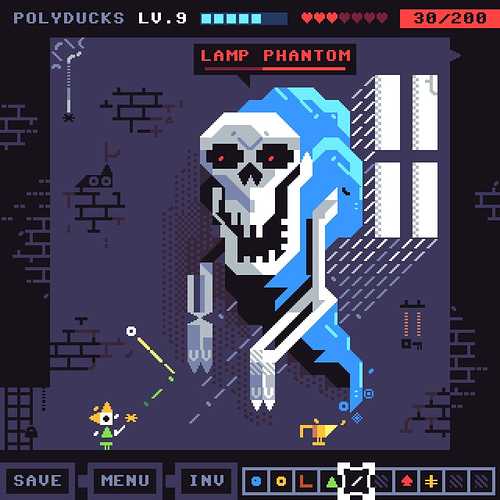 (these lovely images are by good friend and kickass artist twitter.com/polyducks, he’d be itching to make games on a toy like that : )

This is just simply amazing. That friend needs to do something with us for sure!

if you’re up for a chat, I have an idea for a textmode-only 8bit handheld to do c64 style games, textual games, roguelikes, and such.

Couldn’t this type of “engine” (vs hardware) work well on the Gamebuino META? I’d love to do something really nice on that platform but I get hung up on libraries/optimizing/coding rather than “game ideas”. With a 6x8 font though you’d only have 26x16 not 32x16. ANd if 8x8 was necessary for the ASCII fidelity now you’re 20x16.

What about transparency? What if you first saw a FULL SCREEN ASCII image… then hit a button and then your dialog/UI was 20% transparent over top of the image (which was still full screen underneath).

So if anything, my reason to go with ARM more than anything else is the bootloader that shows up as a file system and you can drop the hex in. It would make 90% of my customer service problems go away.

You mean virtual USB hard drive device? Would just an SD card not be almost as simple and possible still work with lower cost hardware?

Would just an SD card not be almost as simple and possible still work with lower cost hardware?

It would seem that way, but no for a few reasons.

If we had a platform that natively could make use of a FAT filesystem then it would make more sense, like something running a linux RTOS or something.

I think he’s referring to a DFU mode some higher end micros have of loading firmware by enumerating as a small usb storage drive that you just drag and drop the firmware bin file onto and the next time the micro is rebooted it flashes itself.

Yes this is correct, the bootloader just appears as a mass storage as a protocol to transfer the program data to be re flashed.

If we had a platform that natively could make use of a FAT filesystem then it would make more sense, like something running a linux RTOS or something.

You don’t need Linux to read FAT - Arduino can read it just fine. You could probably do it on the 32u4 even, but you might not have a ton of RAM/flash space left for much else.

I think he’s referring to a DFU mode some higher end micros have of loading firmware by enumerating as a small usb storage drive that you just drag and drop the firmware bin file onto and the next time the micro is rebooted it flashes itself.

Oh, I think it’d be cooler if it just presented as a drive and you could copy the hex files to it. That’s doable, but more complex.

Oh, I think it’d be cooler if it just presented as a drive and you could copy the hex files to it. That’s doable, but more complex.

I wouldn’t say more complex from the perspective of developers or end users, as already a good number of 32bit micros have this feature baked in by the manufacturer with open source/publicly available bootloaders (I have a pic32 capable of this and I’ve seen a few midrange arm and atmels that can do it too).

In fact there’s one for the 32u4 apparently: http://fourwalledcubicle.com/blog/2013/03/magic/ (problem being it eats valuable flash in an already constrained device like the 32u4)

I meant more complex to build from scratch on the engineering side.

Esp given that the filesystem we’re talking about is just a flash chip… now you might have to get into wear leveling and all sorts of other concerns technically… Things SD gives you “for free” I assume.

In fact there’s one for the 32u4 apparently 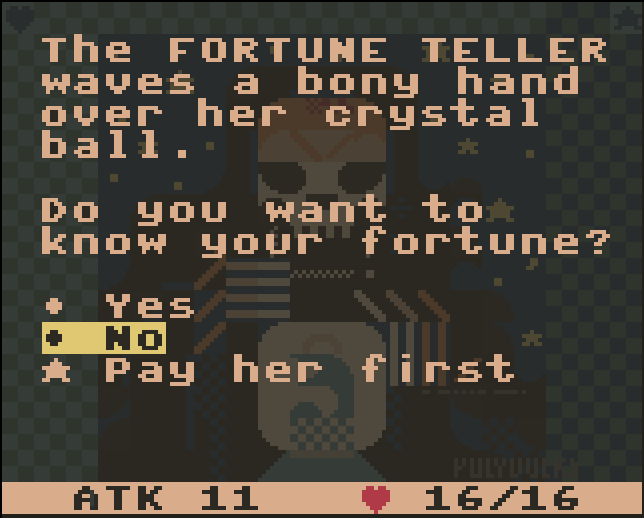 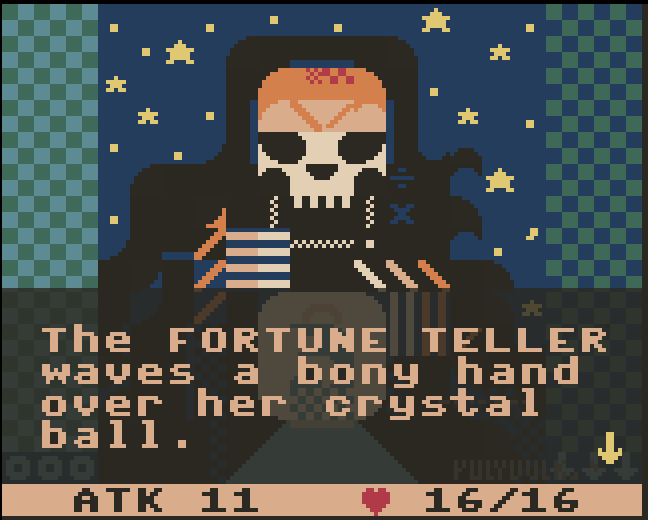 If you’d go ARM then it will probably get too much power and then ends up as an emulation station. Which is a buzzkill for making creative games for such an hand held.

Absolutely true, I’ve build 2 (handheld) devices that can only run a emulator.
Buiding is great but it laks the creative part arduboy has.
Seeing people creating amazing games with no commercial gain but only fun on their minds is absolutely fantastic.
Even the tiny amount of memory seems to stimulate harder to be creative.

Are the energy requirements of something like the ESP32 or Allwinner F1C100s that much more than the Pokitto SoC? An SD card sized computer with the F1C100s like this shouldn’t have too much of a power draw. It is made for low power devices.

@bateske,
Are there batteries like the one in the Arduboy that hold more than 180mah (I think) or is that the best battery of it’s size?

“low power” is relative. They are orders of magnitude more power hungry. The ESP32 can get up to 2A peaks, so you should probably have a battery that is at least 10 times bigger than the one we are using now, even then battery life would be only around an hour.

And no there are not more dense batteries available, unless you are samsung or apple. Actually these are some of the most power dense secondary cell batteries you can get due to their single layer design they are very efficient.

That is a bit mind boggling, so I would have to add some layers or find something with similar power requirements.

Sorry to necro my own thread, but I have been spending time with the ESP32 16MB RAM edition and I gotta say, it is pretty sweet.

This one of those cases where I must add the “I’m not speaking on behalf of my employer and my opinions are my own only” clause, but ARM has a line of Cortex M processors that could work for a slightly more powerful Arduboy driving a color diplay.
For example, the Micro:Bit is a quite powerful and power efficient boards with:

Last year I bought a cheap 1.8inch colorful display module for it and developed a breakout clone that could be played with the 2 buttons.

The problem is that it would then be in direct competition with the Pokitto and the Gamebuino Meta.

At the moment its limitations are one of the things that makes the Arduboy it stand out from the crowd.

Another option, could be to leverage the millions of Micro:Bit gave away to children in the world and make a gaming console with a cartridge slot like Micro:Gamer, but with a color display, a memory card, a rechargeable battery and more solid build. Not having to pay for the micro controller would cut costs and offer a bunch of functionality for free (like BLE, accelerometer, thermometer).

After Cortex M, the next step would be the ESP32, but odroid go is already selling.

… or you want to be original, you can try one of the new GHz Microcontrollers with 2D vector graphics accelerator fron NXP