But more seriously I think a cool and catchy gender neutral name would be:

It’s interesting that when you do Google search for ardubox it asks:
Did you mean: arduboy

I wonder how many girls use this forum! If any, please tell us

Off the top of my head I could point out five female users, but only one of those is still active.

There could be more, I don’t really bother to check because I think it’s ultimately irrelevant.
Theoretically I could have conversed with a black south African female or an intersex Indian and I wouldn’t even know it. That is the interesting part of internet pseudonyms.

As long as someone’s interested in video games and programming (and they have no malicious intent) then I’m happy to converse with them and assist them with their programming woes.

(That doesn’t mean there aren’t people who I’ve gotten to know better or that I’m not interested in people’s lives, just that at the basic level it makes no difference.)

Like I seriously wonder if I just released a product called Ardugirl if by chance then just more girls end up on the forum?

If that worked then we’d be living in a very shallow world.

I don’t think the name is going to make a difference to be honest.
In my experience the Arduboy forum has historically had more active female users than the Pokitto forum,
and the name ‘Pokitto’ is about as ‘gender neutral’ as you can get.
I haven’t used the Gamebuino, but I suspect they probably also only have 1-3 active female users.

I think the answer lies elsewhere.
I could make lots of guesses as to what factors into the situation,
but it would all be pure speculation from my narrow point of view.

Actually I want to rebrand Arduboy as “Ardubox” feel free to post your feelings.

It seems that someone already thinks it’s called Ardubox: Ardubox feels like the little brother of PocketCHIP portable & hackable game console with its transparent case, but instead of running Linux on a

How about calling it a Batesbox or a Kevinbox?
Prefixing everything with ‘ardu-’ starts to get on my nerves after a while. :P

If I bought something called ‘Ardugear’ I’d want it to have multiple sensors and things like the Pokégear.

Prefixing everything with ‘ardu-’ starts to get on my nerves after a while.

And in fact, the Arduino organisation frowns upon doing so. See the What about other uses of the word “Arduino”? section of the following.
https://www.arduino.cc/en/main/policy

or K-Box. But some might think it’s something Korean then

I’d want it to have multiple sensors

Prefixing everything with ‘ardu-’ starts to get on my nerves after a while. :P

It can drive you Arduinuts sometimes

Plus an ambient light sensor

It can drive you Arduinuts sometimes

Edit: I apologize, but it was tempting, and I fell to that temptation.

Maybe just the Microcard or Arduino Microcard, kind of like the Tetris Microcard.

And in fact, the Arduino organisation frowns upon doing so.

I’ve met the founders of the Arduino organisation several times, they are huge fans. I’ve asked them on several occasions and they do not care. That stuff that is published is for legal protection.

I’ve been slacking but theoretically I should have the same language on my website, I’ve been meaning to do it.

It’s purely coincidental but yes I do like the coincidence.

I had both of those same thoughts.

Fun fact: some species have a Z and W chromosome system, e.g. galliforms.

Maybe this could be a topic of its own: Should the Arduboy be renamed?

Arduboy name is good for me as it’s an already exist product. For me, the question could have sens for a new generation of Arduboy to avoid the “boy” part of the name and try to touch more girls, women and any other sex that could exist… I think it’s can have a meaning only in a more big politic as the choice of color (no not only pink as else you’ll have all the feminists on tour back and because i know alot who don’t want a pink console…). But if the console is pretty, little and have good title as games that they like (i can’t make any shortcut as some like shoot them up, doom like or races but some others prefer puzzle games, adventure, enigma games, asw.)

The somewhat ironic thing, though, is that a good portion of the Game Boy’s audience were female.

In the Game Boy’s wiki, it states this in the first sentence of the second paragraph under Reception.

And here is another bad meme :-p 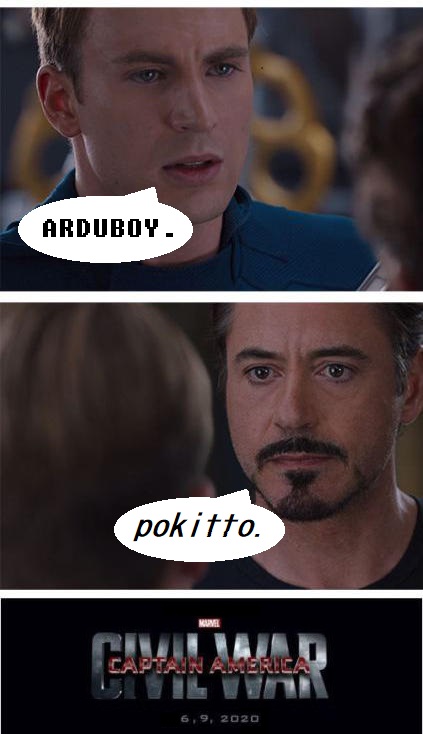 It’s not even about encouraging more girls to code or get involved, it’s just the gendered name has no real place in 2019 and even less in 2020. I really do want to rename it.

I would have named it something different had I intended to launch the product but was trying to take advantage of the internet popularity and google search terms. That is probably less important 6 years later.

I love these memes you guys are rad.

Rebranding this late in the game could have issues.
Just ask the Czech Republic, I mean ‘Czechia’,
or Calcutta, I mean ‘Kolkata’.

Introducing a new device would give you an excuse to go in a different direction,
but it would be harder to piggy back off the Arduboy’s success if nobody realises the new console is related.
And in that case you’d possibly want to rename the company.

More to the point though, has anyone ever actually complained about it or claimed it’s problematic?

Maybe this could be a topic of its own

I’d have split it already, but it’s hard to pinpoint a clean break in the conversation.
The conversation’s evolved in such a way that it would be difficult to select a single post to split at.

Unfortunately It’s not possible to split an actual comment in two without cooperation from the author.
An admin could possibly achieve it by impersonating the author,
but that’s kind of a roundabout way of handling it,
and frankly the impersonation tool freaks me out anyway.

I just moved the whole thing to off topic so now we are completely in the untamed wilderness now!

You were eaten by a Grue 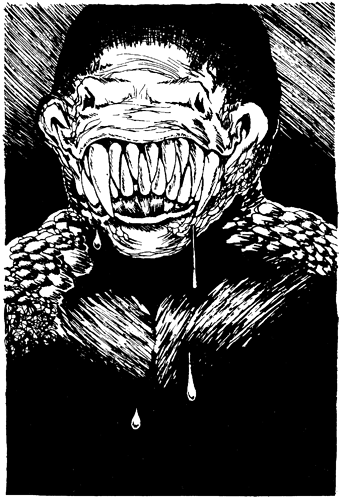 Now I’m tempted to abuse my powers to change your username to Dreamer69105. :P

I still have my stickers from way back. - Cody17