I still have my stickers from way back. - Cody17

After some digging it would appear to be neither.

I don’t think naming it Ardugirl will help get more females involved. But those Arduboy minis have me going. If they’re out in time for my wedding I am planning on getting one for everyone in my wedding party as part of their wedding party gifts. Though I know one of my bridemaids will only want the pink one and it will just sit on a shelf. I think everyone else will like it more than the original because small things are just adorable. The best man on the other hand will have every version in every color you ever make. But you won’t catch him on a forum for some odd reason.

I would love to be invited! Really nice gift!

But those Arduboy minis have me going.

https://arduboy.com/store/micro-arcade-super-ultra-mega-pack/ you could give those instead, it is quite cheap per unit.

Though I like the micro arcades, I’d prefer a pack of Arduboys instead of the non programmable ones

Well you’d have to be part of the wedding party otherwise the gift is going to be something along the lines of a heart shaped box with soap inside.

The Arduboy is infinitely a better gift than a Micro Arcade just sayin.

Yes and No, Micro Arcade is fun to play with and amazing if you’re fan of one of this oldies games star but it’s true if you want be able to play with alot of fun games and do your own.
It true that it’s a very good gift for friends for a wedding

The Arduboy is infinitely a better gift than a Micro Arcade just sayin.

ofc, I am just saying for the general ungrateful bastards, as free gifts. When we gave 5 arduboys in the office’s hackathon, only 1 was used properly. 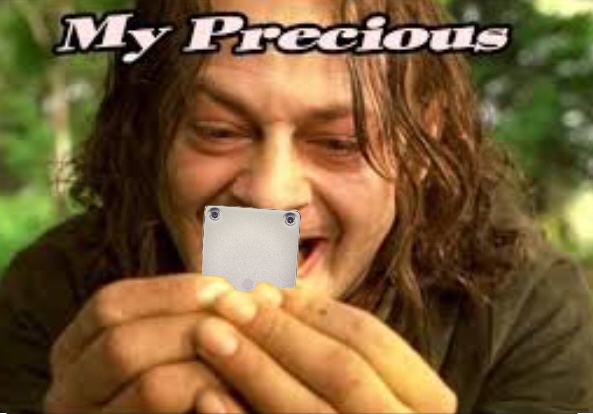 Just expand the ardu range with a ardugirl alongside the arduboy and maybe a gender-neutral arduit. 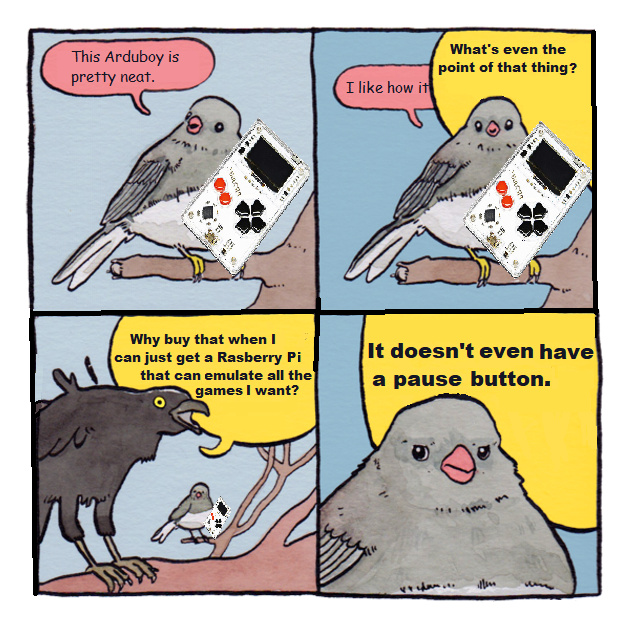 Got this as an idea from comments I’ve read from some videos on Youtube about the Arduboy somewhat recently. Of course, this is not me saying that people aren’t allowed to have their own opinion on the Arduboy, but rather this is just me poking fun at those that completely miss the point of it. :-p

Good one, that’s also why I do try to include a way to ‘pause’ in the game I worked on for the Arduboy

Exactly, yet some complain about it lacking one as if, like you said above, the developer can’t simply just make any other button the pause button. Not saying that it isn’t a valid complaint, but a dedicated pause button isn’t a necessity and shouldn’t be seen as a dealer breaker in my opinion.

I must admit, an extra button would make designing games much easier.
Two extra buttons would be ideal (‘start’ and ‘select’),
but changing the case mould would be really expensive.

It’s not unliveable without the extra buttons,
but it does mean a lot of time spent thinking:
“what button combinations can I use for X?”

For slow games it’s not as much of an issue because you can have menus or button ‘chords’,
(hold B, input arrow sequence, release B,)
but for fast-paced games it can get awkward (jump = A, shoot = B, pause = ???).

Lol, this meme is my life, I freaking love you for doing this.