Hi and greetings just got my Arduboy today and had already ordered a few credit card cases i can confirm the one below from ebay is genuine leather and fits a bit tight but let the leather stretch.

And now for screen protectors i had some pebble steel screen protectors lying around and i just cant believe how nice it fits and covers the main screen area without the need for any trimming like they were made for Arduboy. I would say these are a perfect fit put them on horizontally.

I 3D printed my own case and put felt on the inside to protect it from scratches.

I made an Arduboy protective case! I 3D printed the body and lined it with adhesive felt. #DIY #3DPrinting https://t.co/Xggt2iOi0W

@jrronimo Weird! Yes, you may need to log in, but just in case, you can try this direct link: crait.net/3d/arduboycase… #Arduboy https://t.co/n4eCjkST9C 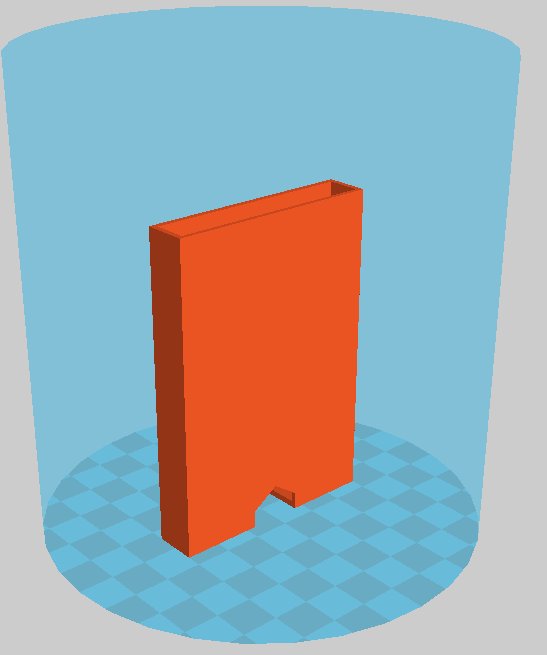 How about a photo of your Arduboy inside the leather case?

Bonus being scan proof too so your Arduboy can go through the airport xrays lol.

I like that case, but have been looking and looking at the US ebay store for similar, and have come up empty. Anyone else find one?

I just got a solider one, and it can even hold several more business cards.

I ordered one but never turned up. Can you buy these rfid card holders on the high street instead of buying online?

Currently the Arduboy comes shipped with a soft anti-scratch cover that is removed by the user. I’m looking into using a more rigid plastic, cutout to the right size… more like a screen protector over the whole device.

The thought that I’m considering is, make it so when you peel of the entire plastic, the screen area is still left behind. It would give you a little screen protector for free basically. The “downside” I guess is that if you didn’t want it you would have to peel it off with your fingernails because it wouldn’t have a removal tab of it’s own.

I really like the idea of the pebble protectors, it should be possible to get those for very cheap now because they are out of business. If they are available, and we get the store up again maybe we can order some.

I ordered an RFID card holder to act as a case for my Arduboy back in January, and it never turned up. I reported it to the seller, I was then given a full refund.

Well guess what, it actually turned up today. I rang the bloke to tell him it had turned up I then asked him how he wanted me to pay for it, he said no problem, you can have it on us for being honest.

Happy days, however the case is very tight and was quite hard getting the Arduboy in and out of it.

We’re still poking around with the idea of getting a case and protector into a new store or something. It’s really great to hear everyone’s feedback.

Soft anti-scratch cover? I don’t think I ever got one of those. What do they look like?

Just met someone at Maker Faire who created his own felt Arduboy case! Excuse the blurry picture, but how cute is that case?

These hard cases are good for protection, remove the centre plastic piece then put a bit of padding in to stop the Arduboy moving around.
http://ebay.eu/2vNMS9y