Hey everyone! I recently ported my Arduboy game, GLOVE to HLSL shader code, allowing it to run in Unity and VRChat! Check out my presentation at yesterday’s community meetup where it gets stress-tested with 80 players!

(Timestamp skips directly to the beginning of presentation) 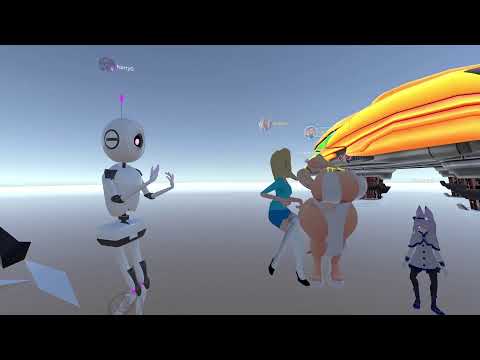 The release is available here:

Glove implemented as a unity shader. Contribute to fuopy/glove-shader development by creating an account on GitHub.

To try it out for yourself, install the dependencies and drag the prefab into the scene. If you can’t use the current set of dependencies for whatever reason, that’s OK–the shader is written independent of any particular unity game. You’ll just need to write your own bindings that send controller input to the shader in your own script.

Also it’s been a while since I’ve been around. Looks like people have been making some amazing things. I’m looking forward to playing some of the new games!

This is so cool, to see someone talk about Arduboy and introduce it to a bunch of randoms in virtual chat is pretty surreal!

Thanks for checking it out! I love the Arduboy community and I wanted to share it with people in VRC! I hope that it catches on!