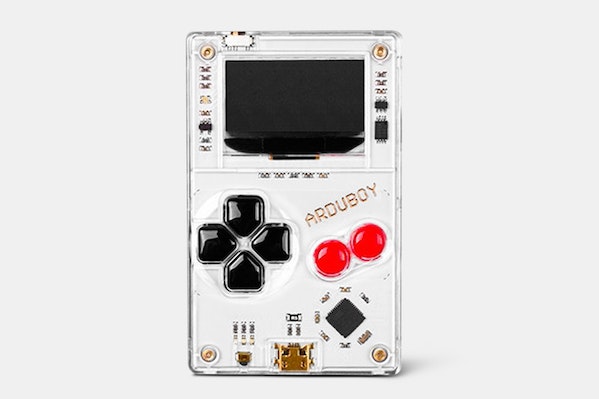 Massdrop exclusive price and reviews: Seeed Arduboy Handheld Arcade | 550+ Sold | The Seeed Arduboy is a credit-card-sized gaming device that allows you to explore a wide selection of free games, or...

Hello all, there is currently a Massdrop for the Arduboy going on. It will only be active for a couple more days. You can get a slight discount off the retail price. It is at the lowest it is going to go $39.99. Note the price does not include shipping, which cost me ~$4. If you have been holding off because of price then now is your chance.

Are these the defective kickstarter ones? If so, this information should be shown.

Nope, my spouse got one on the last drop. It works great.

The drop is ending in 5 hours btw.

Are these the defective kickstarter ones?

In case anyone is wondering what is meant by the Kickstarter ones being “defective”, they work but:

Other than this (and the fact that retail units come with a USB cable and the Kickstarter ones didn’t), the two should behave identically.

Kickstarter units have Kickstarter Edition and 1 of 10,000 printed on the back.

I had considered buying a kickstarter unit and flipping the led myself. I held off because the massdrop looked like it was about to sart up again. I checked back because I was getting tired of waiting for the massdrop to activate and found the kickstarter units had sold out.

Just got an email saying my Arduboy is shipping. I’m impressed since they said it would take til the 19th.