Hello
I have a problem with the repositories in arduboy mate my phone is Huawei p smart version of android 9.0 problem is that when I type in the repositories I get “Repository data request failed” even when I add the default repository “http://mockfrog.de/arduboy/repo.json” I get the same error.

Usually mine works, however I’m having this issue right now too. The only one that’s working for me is http://arduboy.ried.cl/repo.json (@eried’s repo, which is very full and may be all you need)

You should also try https://play.google.com/store/apps/details?id=com.obnsoft.arduboyutil

I got the same problem. I installed Arduboy Mate on my smartphone with Android Oxygen 9.0.11. But I got error: “Repository Data Request Failed” when I tried add both mockfrog or arduboy,ried repositories. I have a connection on my mobile. Repository seems working in the browser. I tried also on my older phone with different version of Android, still can’t add repository. Anyone have any idea?

Who made the mate I can’t remember but that sounds like their hosting server just isn’t there.

Who made the mate

“mockfrog” according to GooglePlay.
I would assume they hold the account named @mockfrog.

Anyone have any idea?

It seems that only the creator can answer that.
The software doesn’t appear to be open source,
or have a publicly accessible source code repository.

Hi Kevin,
I’m the creator of this app. But I must admit I have not touched it for a long time. The repository it looks for as default is the one from @crait at http://www.crait.net/arduboy/repo2.json which seems to be gone.

He just did stuff to his website so he probably moved it. Yo @crait buddy help us out.

Actually, what happened is that my website was hacked by a bot that scans for common security vulnerabilities. I ended up losing a bit of my server data, including the Arduboy repository I was maintaining. For now, you can find a lot of the same games using this link from @eried. https://arduboy.ried.cl/repo.json

Maybe I could get in touch with him and have him host Circuit Dude and my other games, too?

Maybe I could get in touch with him and have him host Circuit Dude and my other games, too?

Anyone with a GitHub account can make a PR to the repo: 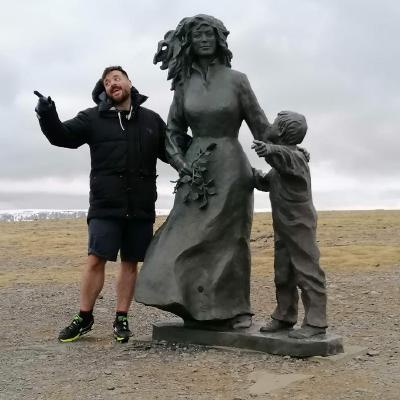 Collection of Arduboy compiled games, demos and applications. Fork the repo and add your own games via Pull requests. - eried/ArduboyCollection

hacked by a bot