Okay! So this, but with a built-in Flash cart. Thanks!

This one would be so nice to have on the go if you decide to make a run with a case (the flash chip makes it a more portable device). If you ever sell these, my current Arduboy will become the development system that stays at home, I don’t want to ruin it anymore than I already have

. Seriously though, the Arduboy Mini has got both the beauty and usability down, great job!

So will there be a Arduboy mini pro, Arduboy pro max, Arduboy SE or am I just getting confused with apple like when I went to a store and I asked for a Life?

For now only FX

Bro, by the time @bateske finally finishes this, it’ll already be 2025 by the way things are sounding.

Probably next year, but sorta. Was trying to get it out the door last year but ran into personal/business problems. Those issues are mostly resolved but now the world is a little different.

I’m not saying that its a bad idea, I love the idea, T’m just saying it seems it’ll be awhile until it gets mass-produced.

jk, this looks really sick though

People waited like 16 months for the Tetris Micro Card after they had paid for it and were pretty happy, and I had already taken money for that.

This one keeps getting held up by silly business problems and global pandemics.

oh, it hasn’t shipped yet? I thought I missed it by 11 months and that’s why I said “11 months not too late” 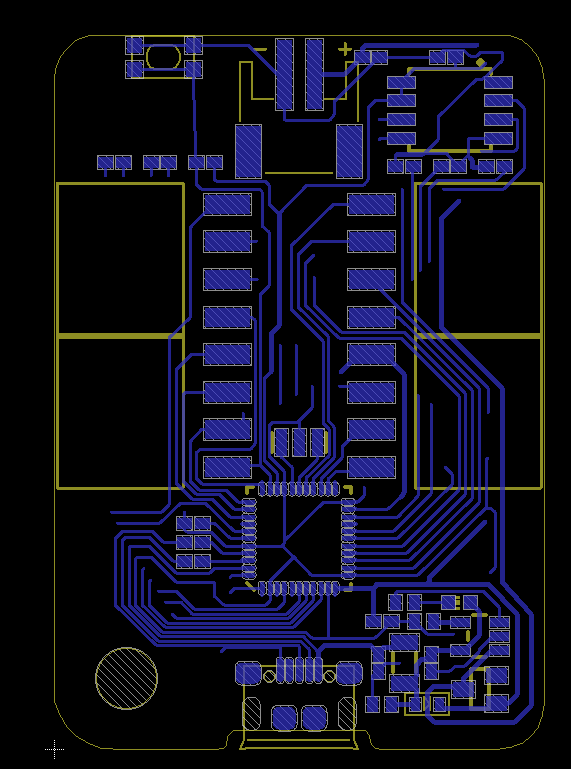 So I got this far about adding headers and a circuit to power it even if the battery isn’t there.

However, I really don’t think the circuit being under the fingers will feel good, and will probably probably cause resets with sweaty fingers.

I kinda want to go back to an idea that it isn’t even going to have the charging circuit on it, that it will just be directly powered by usb. Still have breakouts so you can add one easily, but I figure that if you add a battery you kind of need some kind of 3d printed case or something anyways, so fitting the charging circuit on there would be pretty easy thing to do and saves a lot of trouble on the base PCB which would still be fun.

The biggest issue I see with a battery-less Arduboy Mini is that you’d want to use it with a usb power bank, but almost all power banks won’t detect that it is even there and will auto-cancel after a short period of time.

I think that can be solved by just sinking a large value resistor to ground off the USB power rail, but that seems like an ugly solution so I’m curious what other better ways there would be to deal with that. 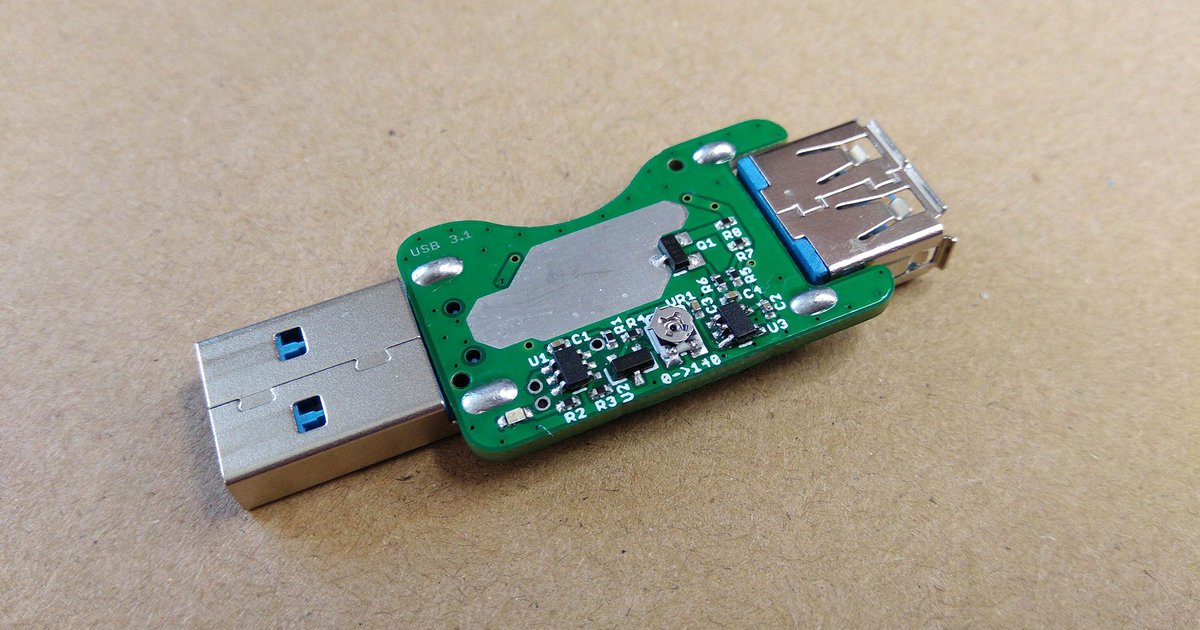 Unless I make the board 0.6mm then you don’t need a connector

Nice to see you working on the mini again.

I really don’t think the circuit being under the fingers will feel good, and will probably probably cause resets with sweaty fingers.

Make it thicker so it fits an USB A slot

Honestly, for what it is, I think it should probably be as bare bones as possible.

Just the screen, buttons, the atmega and the flash chip. It can have test pads and what not for all of the gpio but I’m not sure I’d even bother with the female pin headers as such.

Again my biggest issue is having it stay on while powered by a power bank. I guess could put a trimming potentiometer to ground and you can just adjust it up to the level you need for your power bank? Or maybe just have just one big large resistor that you can either de-solder or easily cut the trace to if you want to make it battery powered.

I’d have to do some kind of testing with different power banks to see how much current draw they need to stay on. I wonder actually how warm it would get…

I could potentially just omit that whole part of the design and say “not my problem” and just tell the user to find a more reliable usb power supply.

Probably don’t want the always on resistor as that might consume as much as a quarter of a watt and get pretty toasty.

Might actually be able to get away with just having a gpio connected to a pull down resistor, the pins are rated for 40mAh… should be enough to pulse to keep the power bank alive.

Might just be best to push this as a down stream problem.

idk about using a power bank sounds awkward to use concidering on the road use. How about making an optinal bottom PCB module with Lipo and charger and another with a CR2032 Battery or 2x AAA? designs could be opensource so people could make their own. On the mini you could also make 4 USB pads that could interconnect with the lipo charger board so only that USB © port can be used.

another thought: How about making the Mini Part of a powerbank? Might call it ArduboyPower then too