Yeah maybe like a “battery backpack” might work, so that people don’t have to piece that puzzle together themselves.

The more I think about this idea, the more I like it.

I’d be OK with this.

I could potentially just omit that whole part of the design and say “not my problem” and just tell the user to find a more reliable usb power supply. 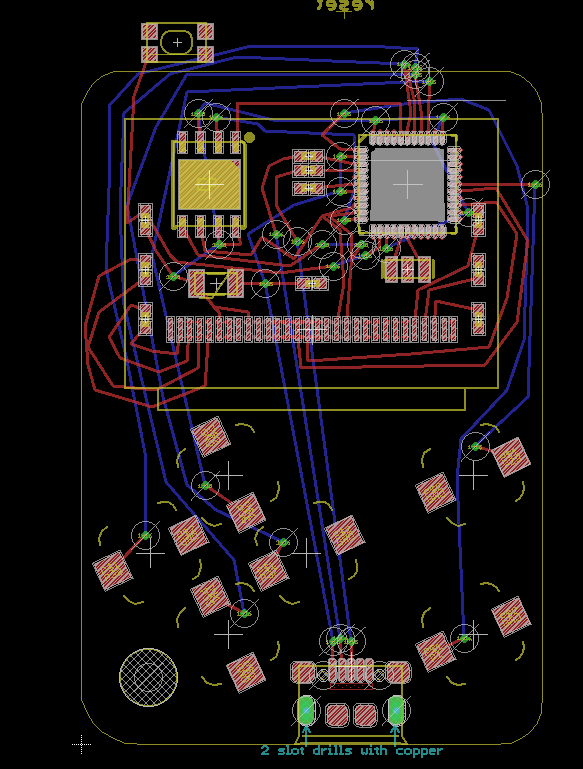 By the way this is how I start my pcbs, I freehand everything find my routes then clean them up and tolerance them.

Had a crazy idea, if I hide the components under the screen, use either an epoxy or just a foam 2 sided adhesive tape… and then… 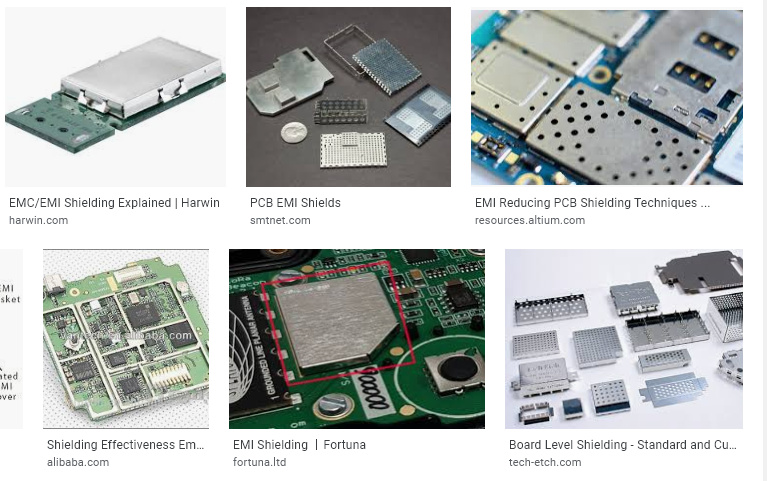 Have a custom “em sheild” made that would have a hole on the top for the screen and the buttons, and an opening for the usb port.

That would protect the screen edges and the buttons from twisting off.

The back would still be an exposed PCB that you can access test points or solder on the battery backpack.

I think getting these made would be pretty cheap and be able to done in low quantities, since they have to be custom made for all sorts of PCB designs.

I like it and if they could spray paint it on the cheap (like those black OLED bezels) it would look even better.

Another thought: Use an excisting enclosure with custom modification

That price tho. $3 for a chunk of plastic. I guess that is volume production. The case for the arduboy at volume only costs nearly 10% that.

I’ve got high hopes for the EMI sheild because it is done with etching or potentially even lasers which means it should be easy to be done in small factories.

Either way, I still think a fully featured version in an enclosure that is durable, has gpio, aux port and potentially an IR blaster on a keychain is an extremely winning combination. Maybe I need to go to town in blender and make a photo realistic render and be extremely ambiguous about whether it actually exists or not and see if it makes the rounds online.

Just realized emi shielding that has smooth edges needs to be stamped metal, etching or laser will give sharp edges.

I thought the arduboy was small! The arduboy mini seems unnecessarily so… 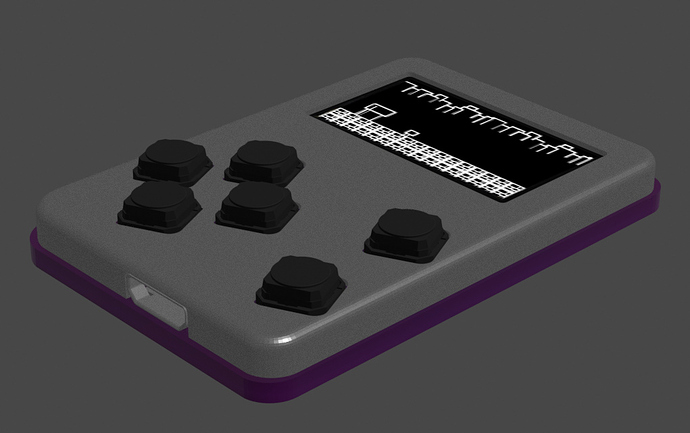 Doing some more work in blender… I think this would be pretty damn cool if I can manage to get these made.

Practically though maybe this is impossible to solder as it would sink a lot of heat.

What about a CNC’d plywood case? Maybe can be even done clever so no screws are required (e.g. some sliding mechanism)?

Too small it wood fall apart

The more I stare at it the more I just want it to be the full keychain device.

Hei i bought myself a deauther watch to reprogram and play around. (not to attack wifi) and just thought why not make an Arduboy watch? If you could build the pcb to allow watch straps (however they are called in englisch) to be attached it might also be a very cool feature i would wear just for the lulz 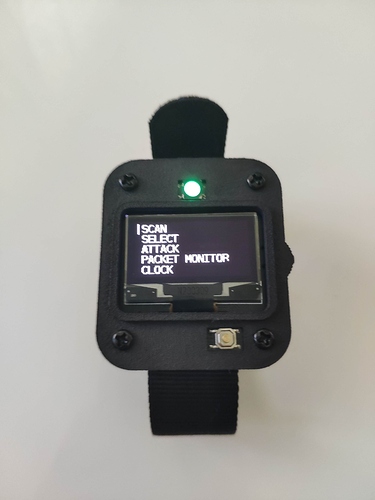 yes but it is way too big… i thought better buy one than building because i thought mine would be bigger. but after unpacking my first thought was i could have done same if not even smaller… really disappointing but anyway.

I’ll leave this for someone else to do I guess. You can’t use the d pad and buttons at the same time. I have thought about it before. I think someone’s watch platform is Arduboy compatible?

I think WatchX would be compatible. 32u4 and Oled display along with a host of other sensors.

Travis Lin’s Bad Watch would should also work as it has a similar setup.

Both only have 3 buttons so that limits functionality.

Yeah I think I’ve seen someone put Arduboy something on a WatchX before?

Here it is running a modified version of the Arduboy2 library: 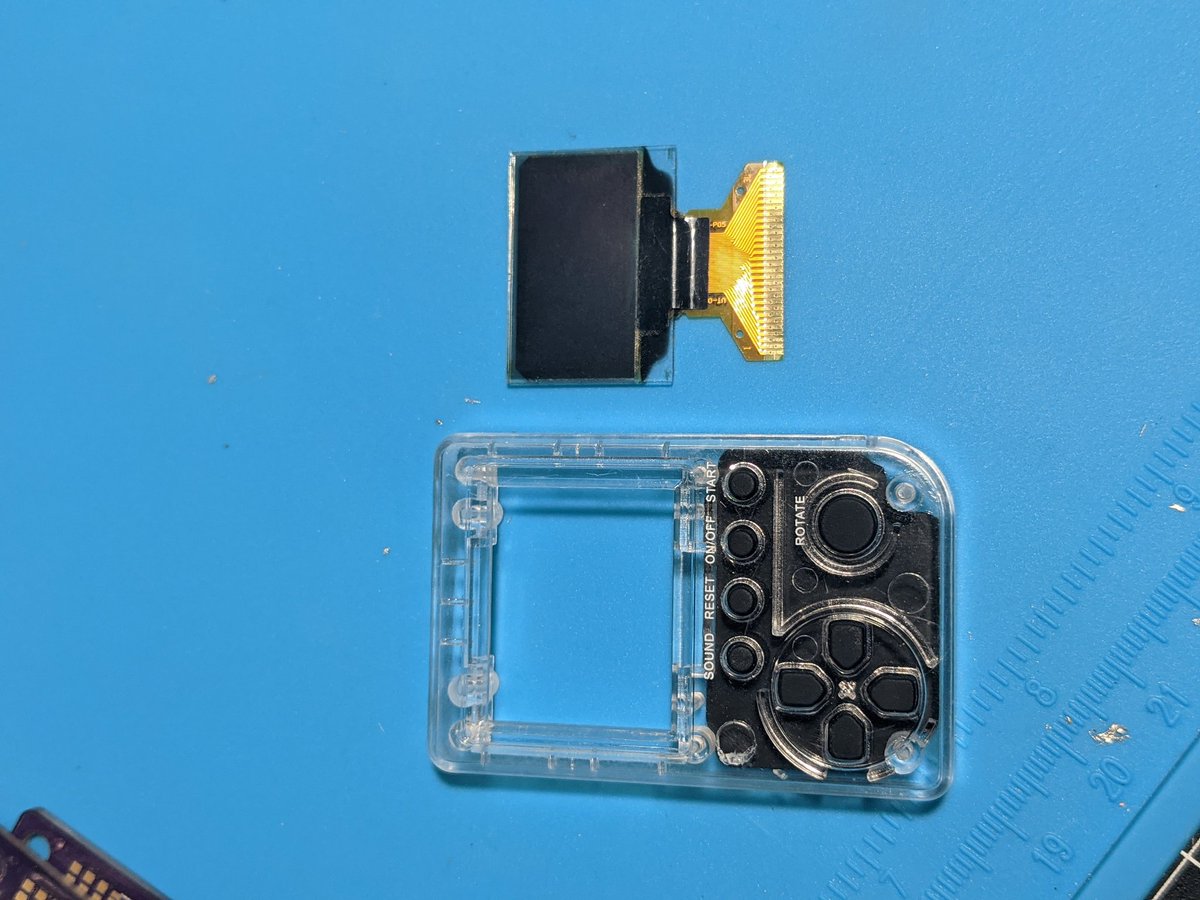 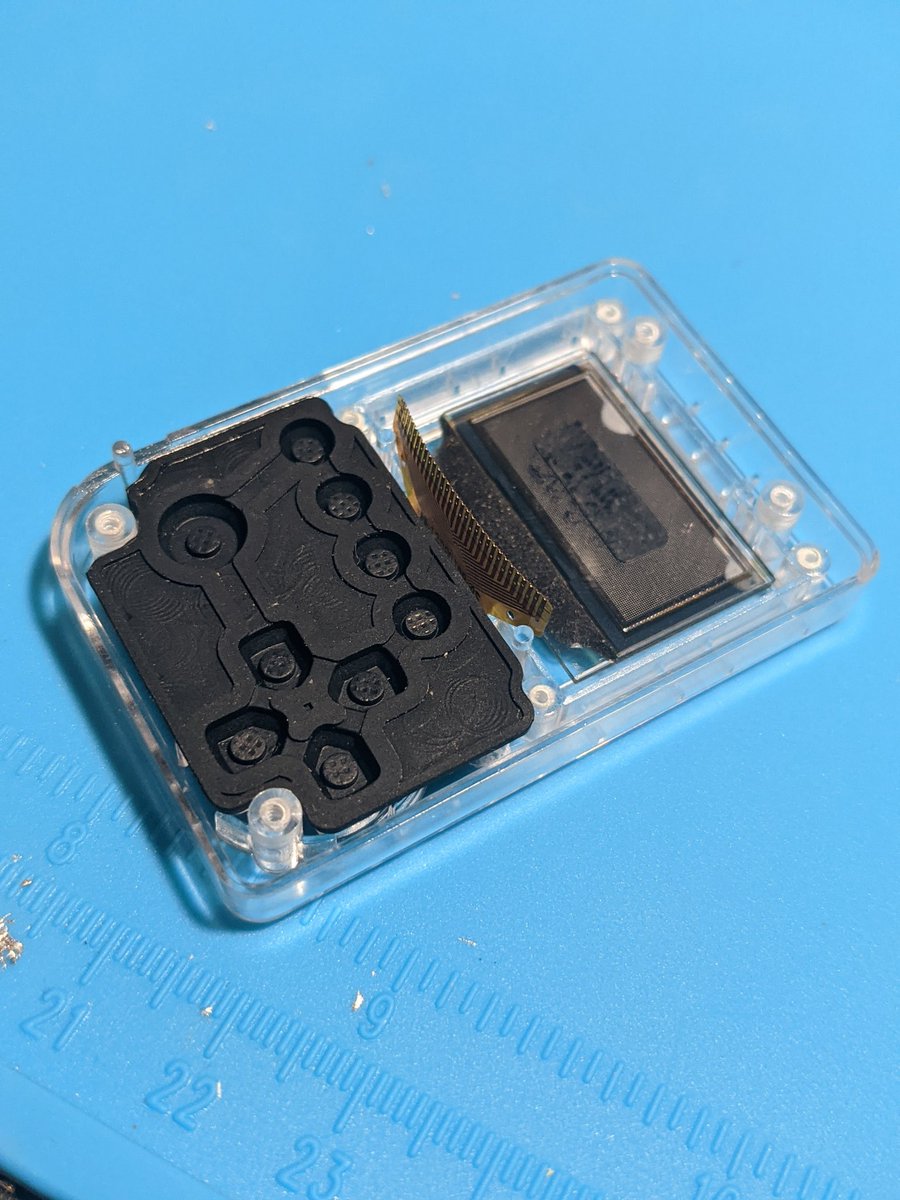 Going to use the Start button as B, and the On/Off will be set to another GPIO that is currently unused.