If every button is a cap sensor it might be difficult …

That’s my concern too. Detecting touch as shown in the linked article is possible but doing so reliably with low rates of false positives/negatives may not be as simple as swapping out current button press code with the one from Arduino Playground - CapacitiveSensor.

I’ll post a message here after updating the code.

The library only functions on direct contact with a conductor. It’s not sensitive enough to detect anything else. I was unable to get it to even function through the silkscreen.

Interesting, I coded something similar ages ago for pic micros that could detect your hand up to a good 6 inches away. The problem was it needed to be manually calibrated for each sensor. I intended to add an auto calibration routine but never got around to it as it wasn’t high on my priority list.

(in branch captouch_btns of my Arduboy2 library fork, note that the branch is otherwise identical to upstream’s master branch)

You can edit this #define BTN_ON_CAP_DELAY_THRESHOLD (3) line to change the threshold. No “debouncing” is implemented at this stage. Beware: this code compiles but is untested.

Quality, let me rip apart an Arduboy and take the snapdome stickers off and see if it works. Someone with a home made unit handy might be able to check this out too.

UPDATE: It works. Thank you @dxb

Latest challenge, how to do the damn power switch. I might have to make code that auto-sleeps and wakes up every few seconds to check if the buttons are pressed. Should I put a bounty out on the auto-sleep routine?

Actually since the battery will be hard wired to the chip, even if I went with “its only on when it’s charged, and you can’t turn it off” then theoretically the battery could continue to be drained from the voltage pump in the OLED. The chip should be protected by its low voltage cutoff, but the screen does really weird things when it’s out of spec.

I had actually developed an ability to use a hardware interrupt pin and balanced it with a 1M ohm resistor to the skin and had a voltage pad so you could pinch your fingers to complete the circuit. But I really don’t want to craft that up again. I might have to.

It just hit me, it’s a little hacky but I could just make 2 external contact points that I connect from the outside with a bit of copper tape or maybe some conductive ink, when im done just take it off. That’s probably what’s happening here.

Sleeps done I did it in tamaguino and @Mr.Blinky did it better.

I’ll dig out the links. 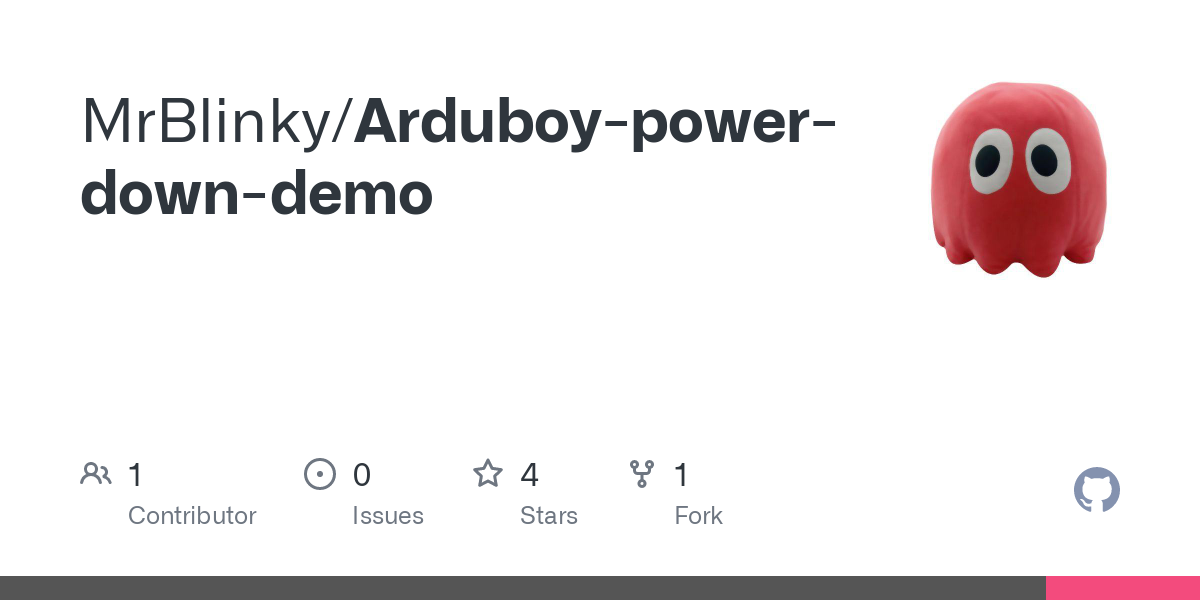 Contribute to MrBlinky/Arduboy-power-down-demo development by creating an account on GitHub.

You can also add battery monitor and powerdown before the screen gets funky, again I did it but @Mr.Blinky did it better

Edit:
How about a tilt switch and just stand the device upside down for off?
you could make a cool one with a tube and ball bearing.

The "poor man's" accelerometer! Tilt sensors are switches that can detect basic motion/orientation. The metal tube has a little metal ball that rolls around in it, when its ...

Lol it’s like twice as thick as I need

What’s wrong with using switches? you could seal them with some masking tape (or kapton tape) when you poor in the resin / epoxy. You could experiment my making a simple PCB less gamepad/joystick

I dont think the switch will survive the epoxy, the epoxy might flow into the internals, or actually finding a way to properly mask off the switch and have it be on the exterior of the part would be very difficult with the mold I’m using.

What about using some fast curing UV resin to pre-seal the switch?

Not a bad idea but I almost kind of prefer to not have the mechanical switch in a way? Still not sure how I could mount it. Maybe if I make a small cavity in the mold to position the switch? Maybe the power switch is just sort of recessed like it is on the actual arduboy?

The sleep routine is the best in my mind as it makes the hardware more simple.

It’s almost the visual aspect o having the switch. It’s just another thing you see with wires going to it.

I’m pretty sure I’m also going to make a version without a battery just so it’s even more clear. I guess I hadn’t considered just adding a usb port, which would for sure need to be sealed. Be great if I had a waterproof one hanging around.

If you don’t want a battery or USB port you could just bring six brass rods out for a diy ISCP header and power it from there with a nice polished wood programmer dock.

That’s how I planned on doing it actually, but without it being battery powered the “magic” factor goes down considerably.

I thought about hiding the battery behind the screen too, it would be much thicker but also more clear.

Use a smaller battery? It doesnt need to run as long so who cares if the battery life is reduced. Unless you want this to be an everyday usable thing.

Will that battery be powerful enough for games with a lot of lit pixels (like Arduventure) ? I’ve read that it’s common for batteries max current to be limited to twice the batteries capacity.

Sticking a battery under the display is a good idea.

Should do just fine, I tested these with the original prototype. These coin cell packages have decent current carrying capacity.