Wow this is progressing well.
Maybe use start & select for scaling and LR to mirror AB or dpad? 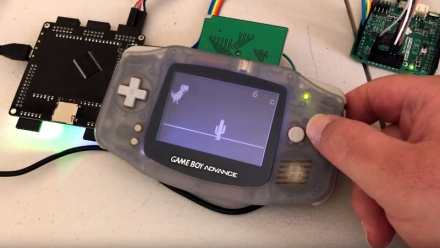 Hackaday readers are perhaps familiar with the Arduboy, an open source handheld gaming system that aims to combine the ease of Arduino development with the seething nostalgia the Internet has towar…

@uXe how many times have you even been on hackaday now with your Arduboy hacks? 3? or is this 4?

Have been researching / developing towards a cartridge design with an ESP32 onboard - a big road-block though is what I have been reading about the heavy power consumption of the ESP32… not sure the GBA’s 2xAA batteries will have the juice to support it! One idea is to give the cartridge its own battery, like Nintendo did for their rumble carts - could use a ‘AAA-sized’ 10440 3.7V Lithium Ion battery in a cart design like this: 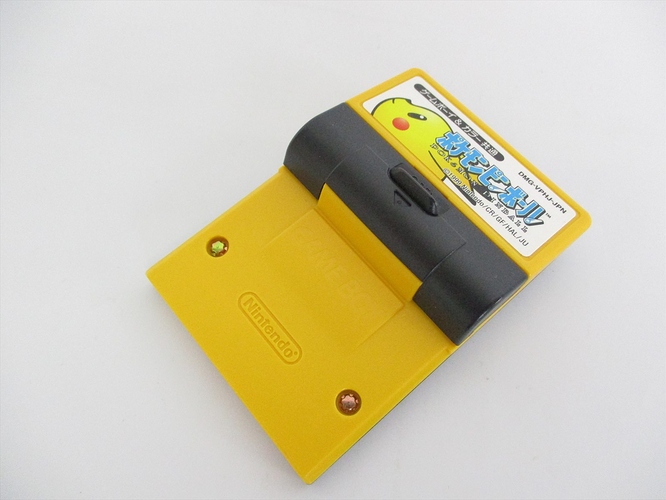 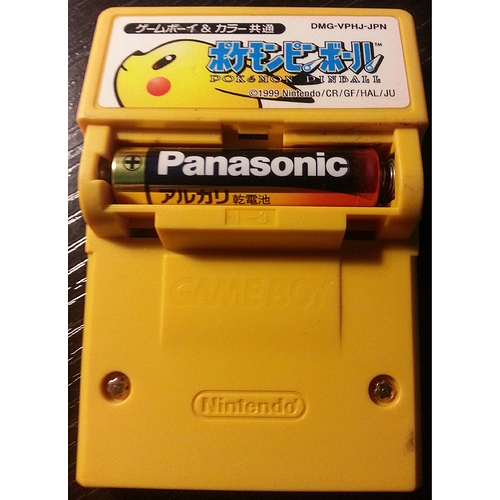 But then having to recharge the cart battery, and separately maintain your GBA batteries could become a turn-off… don’t want to have to mod the GBA because the whole point is supposed to be a self-contained Arduboy-on-a-cartridge!

Any insights / suggestions for IoT platforms that are both Arduino-friendly and low-power?

nRF52840 might be worth looking in to - has Arduino support, and built-in USB… 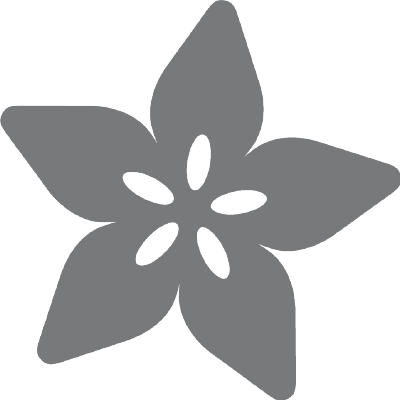 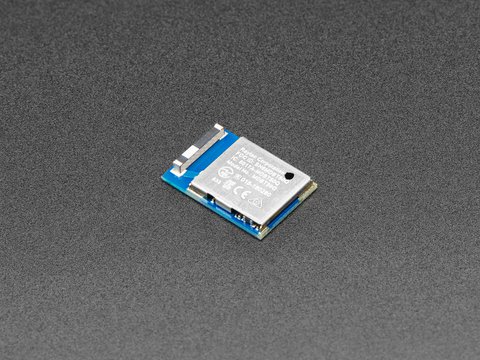 If you have a custom PCB design and you'd like to add a little Bluetooth Low Energy, this module is ultra compact and easy to use. It contains a Nordic nRF52840 Cortex M4 chip that comes ...

Still plugging away at this… had a PCB design in the works for the ‘dev kit’ version of the cart, but moved house in the meantime which meant little time / money to spare, later put in a PCBA order to take advantage of Seeed’s ‘Free Assembly for 5 PCBs’ offer - but the order has been slooow going (apparently partly due to the ‘trade war’

)! Anyway, just got an update from Seeed and the PCBs shouldn’t be too far off from being sent out now: 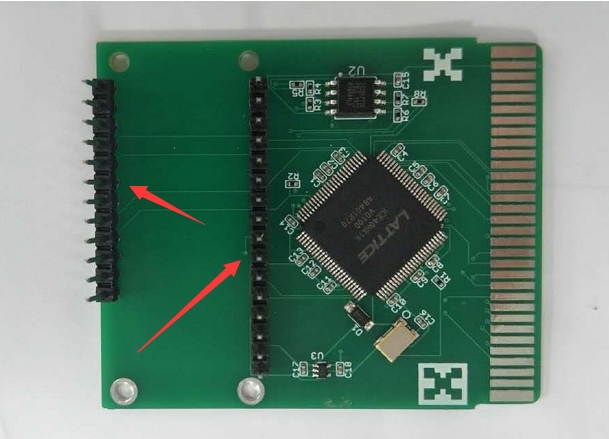 Wanted to keep it fairly modular at this stage - the headers are to fit the footprint of Adafruit’s Feather boards, which means this ‘dev kit’ version of the cart need not be tied down to any one particular microcontroller platform.

Whatever you think the best IOT chip is! I think Wifi would be dope though, browse the web on your GBA…

Maybe you are right, probably don’t want to include an extra bulky battery. I think one of the advantages of this project is to build it inside of already available cases.

Then you’d just need to make a sticker for it.

Would be so cool. All arduboy games now on the gameboy + development over the air.

Like I mentioned above, the headers are to fit the footprint of Adafruit’s Feather boards, here I am using an nRF52840 Express Feather (not certain yet how much current is safe to draw from the GBA, so I have one of Adafruit’s little batteries tucked in under the Feather to power it separately): 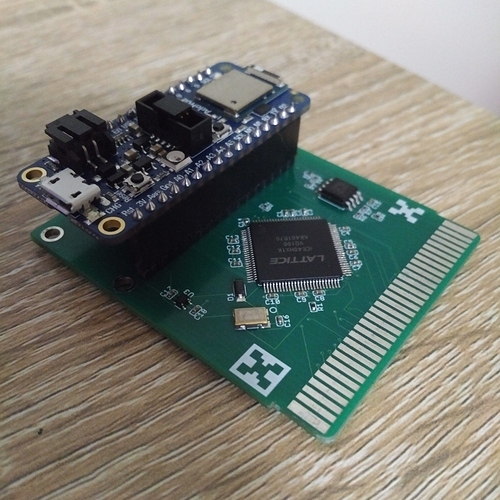 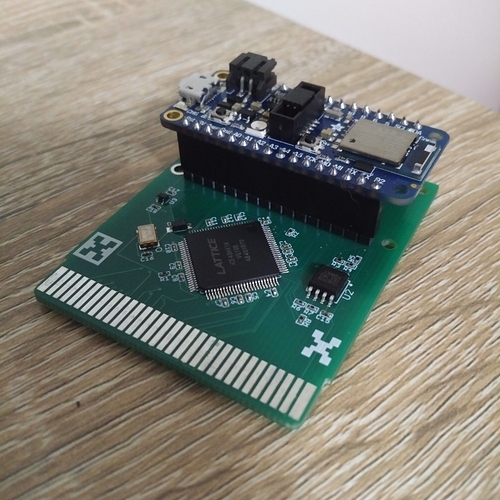 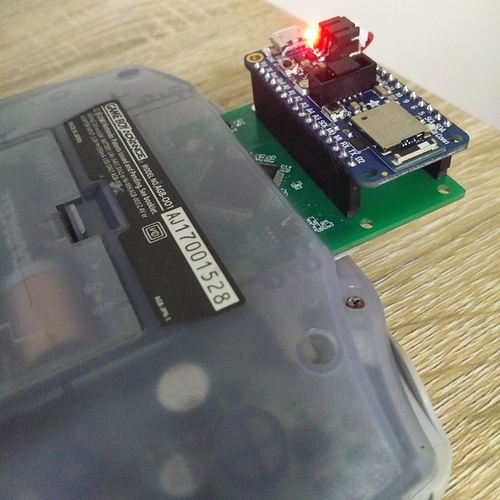 …and here’s a quick demo of the Bluetooth functionality - using Adafruit’s Bluefruit LE Connect Android app, for a second set of controls in two-player pong!


There is a 128Mbit/16Mbyte SPI Flash chip onboard which stores the FPGA firmware, but also has connections to the Feather header, so would not be difficult to store some games on there ‘FX’ style too

That is fantastic … nice work!

Excuse me I’m dying this is so awesome.

Is the GBA power coming through a voltage regulator or is it possible to get a battery source?

I’ll have to look at GBA schematics… do you have good resource?

I think this is the right one:

If not, plenty more where that came from:
https://fms.komkon.org/GameBoy/Tech/Hardware.html

Only labels VCC on the connector but doesn’t say where it’s coming from. Is it the +5V rail? or the +6V BATT? (My guess would be the 5v)

And that’s quite the power circuit, they are using a center tap transformer and pulling 5 volts off one winding and -19V off the other.

I read some places online where people using other flash carts consuming an additional 100mAh on top of the GBA hardware:

Hello Everyone, I have an original GBA (40-pin model) and I've replaced the original screen with AGS 101 model b screen that I've bought on...

The batteries themselves should be able to handle 2Ah discharge, but that’s on the high side. I’d guess that 500mAh would be ok? I’d guess the transistors in the DC-DC stage would be the limiting factor. I also see the zeiner diode in there, but assuming it has a significant safety margin should be ok…?

How much current do you need?

That schematic is for the original GameBoy, we want the GBA - it only has two AA batteries, there’s a service manual with schematics here:

The schematics for the game boy advance, use them to fix, hack, whatever you want.

Ah it’s got a regulator chip that drives a… wait why is there VCC tapped into the top half of a transformer with VDD? Is that some kind of trick to increase efficiency? Weird.

Yeah this is slightly more restrictive, it’s difficult to say without knowing what u4 is. You still should be able to get 500mAh though, just for a little less time.

U4 is a multi-output closed loop boost regulator and T1 looks like it runs double duty, generating vdd 13+15 and serving as the input side inductor for vdd5. If someone can read off the part number for u4 from a board I can figure out roughly how much current it is good for on the 5V rail (or 3.3V depending on if uXe’s cart is running in gba or gb mode).

This cart is running in GBA mode, so 3.3V is what the GBA and the FPGA and the Feather are all talking!

So the mitsumi chip turns up nothing, my guess is it is a tweaked version of another of their chips with a custom number for Nintendo. However, looking at the components on the VDD3 rail reveals the max current capability, namely D3 RB491D is rated for 1A, Q7 SSM3J01F for 700mA, and L1 SLF7045T-100 for 1.75A (these are all DC ratings so pulsed capability would be somewhat higher, but let’s assume worst case that these specs are way overrated). The console as a whole is rated at 0.6W so assuming most of that is going to the 3.3V rail (which is probably fair as the rest seem to just be biasing voltages) so that amounts to around 180mA nominal (this agrees well with Nintendo’s published 15 hour runtime off AA’s rated at 2400mAh = 160mA). So given all that I think it is safe to say the 3.3V rail should be capable of conservatively supplying a quarter of an amp giving you a budget of 70mA or so (maybe even up to 100-150mA depending on how safe Nintendo designed the console). Now this is a rough calculation with lots of assumptions so ymmv but it is a good starting point.

So the mitsumi chip turns up nothing, my guess is it is a tweaked version of another of their chips with a custom number for Nintendo.

We will answer your inquiry.

Unfortunately, MM1514xx is not currently manufactured.
Therefore, we do not publish related materials via the web.
For inquiries regarding purchased products, please contact us via the dealer.