After uploading Arduventure to your Arduboy you won’t be able to upload another game using the normal process.

If you want to put a new game on your Arduboy with Arduventure, you must follow these steps:

Please note that this video uses the up button because it is showcasing an old version.
Newer versions of Arduventure will use the down button. 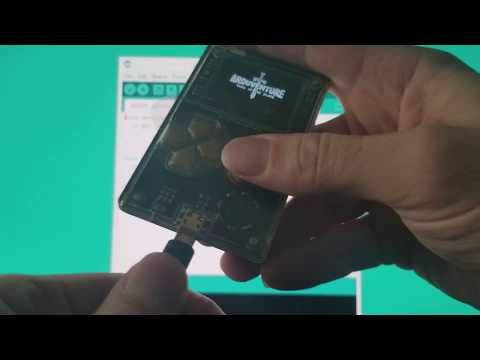 I received my DevKit two weeks ago and right away I decided to challenge myself and see if I could make a little RPG on it. I wanted to try and make it all work without the graphics being too abstract/simple. The game is still an experiment and not yet ready to play but I felt like sharing what I’ve got so far and I’ll be updating this topic when I make more progress.

The FULL version of Arduventure is now live on Kickstarter! Back the campaign to support @SiegfriedCroes and the rest of @TEAMarg! 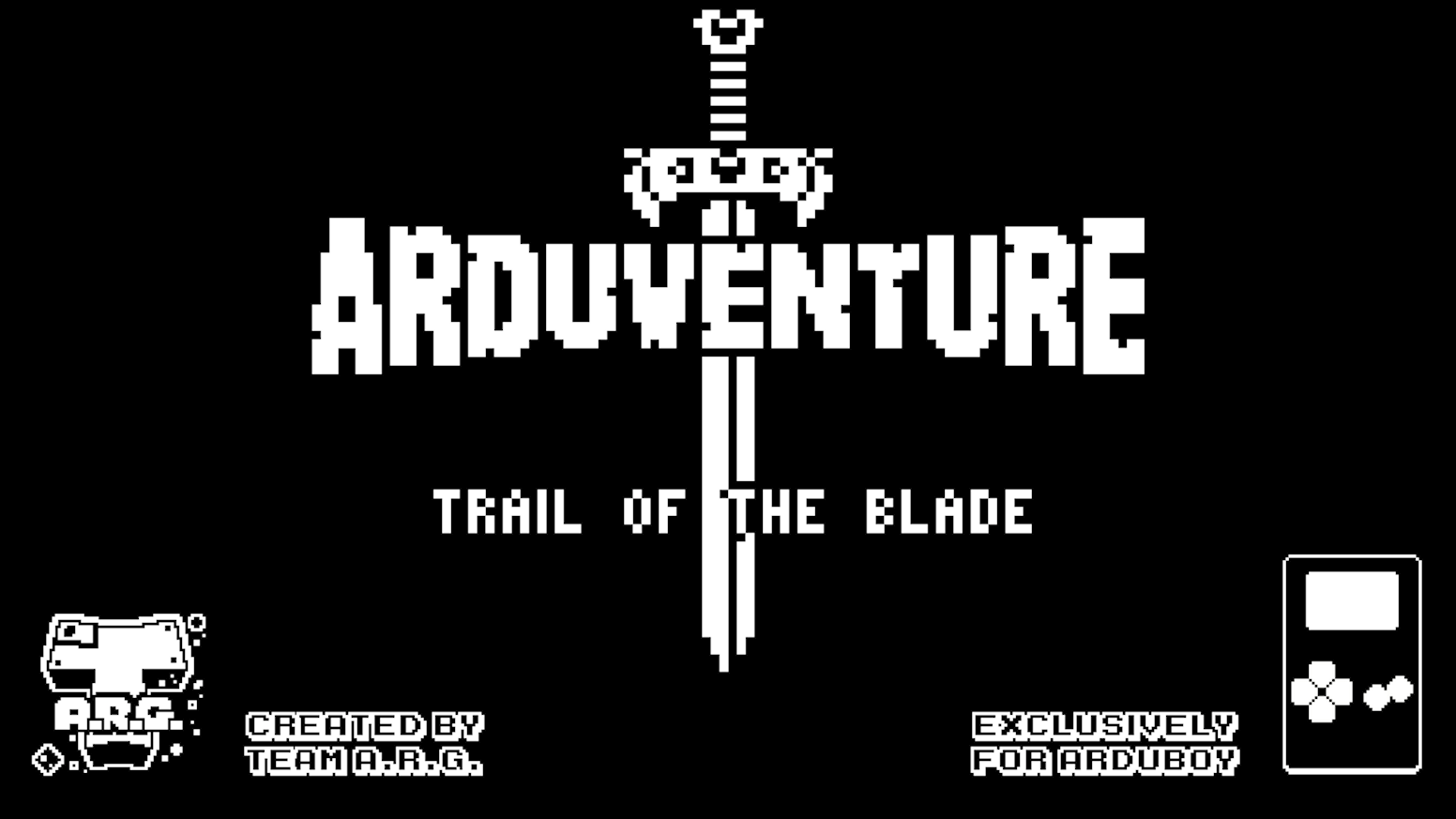 Arduventure on Arduboy: 8-bit RPG for your wallet

Wow, looks amazing! What is the memory footprint like?

i want my arduboy rigth now catch 'em all!

I’m sure there is still room for optimization too!

Looks amazing! Will you release the source code?

Thanks guys, I’ll sure release the source when it’s more complete.

Wow, impressive !!!
But this kind of game on this device with low memory will be probably with only a "short story"
Nevertheless, I love it ! Hope you could optimize in order to finish it

I’m curious on how did you manage map and text. Did you use 2 screen buffer ?

But! I’m in the middle of writing a poke-clone right now too… but yours looks better than mine… bummer

One huge huge problem I came across is creating an ‘overworld’ large enough to rival the gameboy version. How are you storing your map? Is it basically one large matrix?

Yeah it will be a short game, right now I think I’ll make it so that you start in the little village and have a few maps linked together that lead up to a boss. each map has more difficult monsters so you have to train and level up till you are able to survive through all the maps, reach the boss and defeat it.

Both map and text are drawn the same way, just an array of bytes/chars that says what tile/letter should be drawn. This could still be optimized in some way I think.

@rawsome: Thanks a lot

I’d like to see what you got so far! Yeah, making a world as big as in pokemon is impossible with only 32KB… Yeah my maps are just array of bytes/chars with each byte representing a tile (7 bits) with the last bit used to check collision.

I’d like to see what you got so far! Yeah, making a world as big as in pokemon is impossible with only 32KB…

Well, if storage is the only problem — that is a solvable issue.

I’ve been looking into decompression algorithms myself, since it seems like the CPU is disproportionately fast compared to storage size.

@flaki: You mean it’s solvable by making a future Arduboy 2 with more memory? Or do you mean something else?

@NDT: I’ve been looking at it too and there might be some possibilities though the decompression code has to be very optimized else you’re losing memory on that part!

@NDT @DSSiege11 looking at decompression for static data as well. Just doing RLE for b/w images and a Huffman tree text, I’m excited to see how small I can get it.

Hi! No I meant within the current constraints of the Arduboy, this might just be possible.

You might be able to get away using the USB port and Serial to load the game world from an external source. That might be a computer connected to the internet (online RPG, whaa!) or a tiny extra device with a bit of memory, plugged into the USB port, flashed with a “game world extension”, kind of how old-school game cartridges worked.

This is still a concept though, but once the source code is up I’d like to have a stab at this, so let me know!

PS: @bateske do you think such a cartridge-like device could be created for extending the Arduboy? I’m mainly concerned about power (while operating from a coin cell).

this looks amazing!
can’t wait to try it

So you’re pretty much my hero! I have a similar map system I’m working on for my zombie survival game.

I can’t tell from the video, do you have gray in this?

And nope, there’s no gray in this game.

Really impressive! Are you using any data compression for your text? I posted a related question in another thread: Silence: A text adventure using the GTI game engine … The subject perhaps deserves it’s own forum topic