Has anyone ever made a zelda like game from the perspective of the vendor? Where adventurers keep coming in, then you hear a message that they actually died and were not the chosen one then you have to go dig it out of the dungeon where they died and put it back on sale for the next adventurer?

I’m not aware of any where the adventurers you sell stuff ‘die’,
but there’s one game I know of where you play as a shop keeper selling equipment and you have to hire a hero to go dungeon diving to acquire more stock. 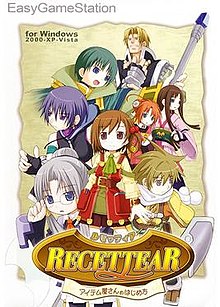 Recettear: An Item Shop’s Tale (RECETTEAR〜アイテム屋さんのはじめ方〜, Rusettia – Aitemu-ya-san no Hajimekata, Recettear: How to Start an Item Shop) is a role-playing game developed by Japanese dōjin maker EasyGameStation for the Windows operating system. The game follows a young girl named Recette, who is charged by the fairy Tear to run an item shop out of her house to pay off the considerable debt her father had accumulated before his mysterious disappearance; the eponymous shop is a portmanteau of the lead...

It’s notable for the catchphrases “Yayifications!” and “Capitalism, ho!” (which are only present in the English-language version).

Closest to this I know is a game called Moonlighter.

Recettear got there first. :P

I love those shop type of games. Dragon’s Quest 4:Chapter 3, had you as a shopkeeper. One of the best and memorable chapter in that game. Maybe I can do cram one of those game on the Arduboy.

If you still can’t find the sword, checkout arduboy.com, the Ardynia gif there shows the answer

You know It would be great if someone made a Ardynia 2 with a bigger world, new dungeons, and so much more. hopefully that will happen soon.

Anyone Know how to defeat the 3rd Dungeons boss?

A post was split to a new topic: I bought something I don’t understand please help me

I’ve just discovered that the files for v1.1.0 (the supposed ‘final version’) don’t compile due to the following error:

Unfortunately I can’t submit an issue or PR because the original repo has been archived, but I’ve created a fork that fixes the problem. 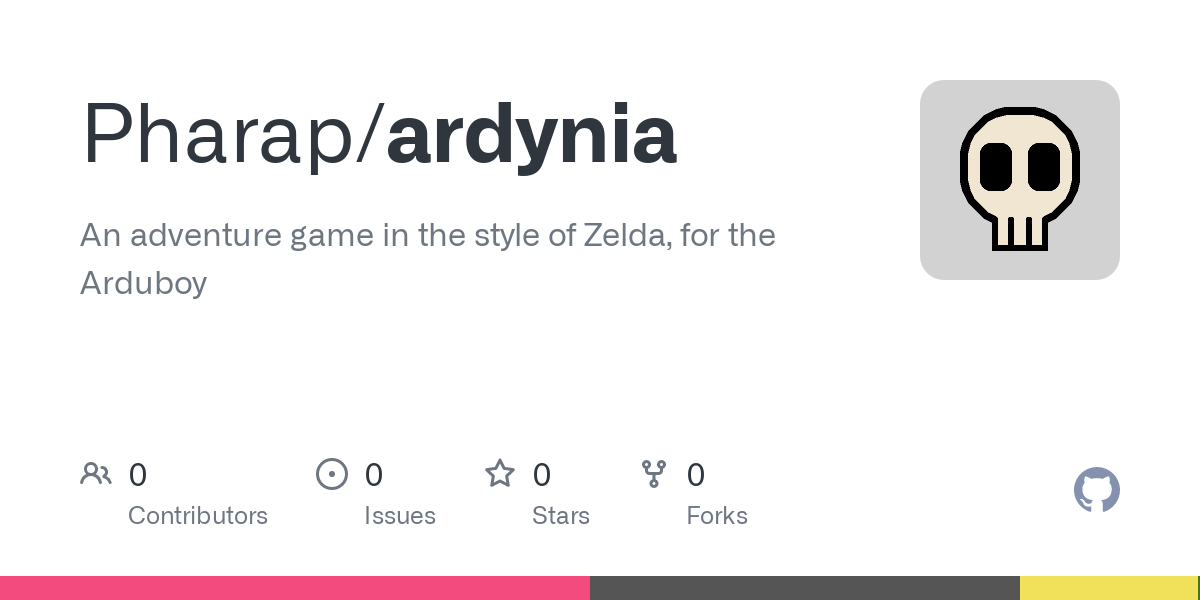 An adventure game in the style of Zelda, for the Arduboy

The .hex file should still work as normal, this only affects people who want to compile manually or can’t use the .hex file (e.g. because they’re using a clone that isn’t compatible with normal .hex files).

Thanks Pharap. I can unarchive the repo and merge this in.

Shall I make a PR then?

While you’re here, would it be too much trouble to ask for one more small change?

As it currently stands, if you want to compile from source you have to rename the enclosing directory to ‘ardynia’, which can be a bit of a trip hazard for people who aren’t familiar with the Arduino IDE’s foibles.

So would you be able to create a folder called ardynia and move ardynia.ino and the src directory into it to save people the extra step after downloading the source?

(I did this myself in my fork, but haven’t included it in the PR. I didn’t do it in a very clean way anyway.)

I created an issue for that: move .ino and src/ down into ardynia/ folder · Issue #5 · city41/ardynia · GitHub

I can’t just do it as I also need to update the Makefile and possibly some other bits. I don’t have any arduino dev tools setup right now, and I’d also want to make sure it still compiled and worked after making the changes. When I get some free time I’ll take a stab at this.

The readme says for the IDE “it should build just as-is”. Did the IDE change? Can you not open the root ardynia folder that gets created after a clone?

Can you not open the root ardynia folder that gets created after a clone?

After a git clone perhaps, but not after downloading it from GitHub.

When you download the source of a repo from GitHub and extract it, the branch name is always appended to the folder (e.g. ardynia-master) both when zipped and unzipped. This causes a conflict with the Arduino IDE’s rule about the .ino file name having to match the containing folder.

(The same issue occurs when downloading the source via a release.)

You’ve probably never had anyone complain about it due to a mixture of most people just using the .hex and people already aware of the issue doing a rename out of habit without stopping to think about it and how it affects other people who don’t know about the issue.

If you’ve been compiling with a makefile rather than the IDE or the Arduino toolchain that also might explain why you didn’t get the error I ran into when using the IDE. If the settings weren’t quite the same you might have had an extension that the IDE didn’t use.

I can’t help with the makefile, but I can confirm that what I did on my fork allows ardynia to compile out-of-the-box without the Arduino IDE throwing up that message.

After a git clone perhaps, but not after downloading it from GitHub.

If you’ve been compiling with a makefile rather than the IDE or the Arduino toolchain that also might explain why you didn’t get the error I ran into when using the IDE.

I periodically tested compiling and running it from the IDE while I built the game. But again, not with a downloaded zip. That was also 3 years ago. So possibly the IDE has changed since then.

. Such an excellent game. Heck, I would even buy an Arduboy just for this game! I don’t have anything negative to say honestly. The only thing that I would ask for is more dungeons 'cause its so good! Great job @city41 !

Also I’m a little stuck. After you defeat the big bat and take a heart what do you do after?

. Such an excellent game.

Also I’m a little stuck. After you defeat the big bat and take a heart what do you do after?

you gotta walk all the way back out of the dungeon. Transporting you back outside automatically like in a zelda game wasn’t doable since that would take up too much space in the data to implement.

Any tips for defeating the slime boss? Its really hard to try to hit him with bombs.

@city41,
I edited your last post to mark your hint with spoiler tags. This blurs the text unless you click on it. It’s a good idea to do this when posting anything that some people may not want to see.

Ah thanks. I know about the spoiler tag but I didn’t really think that was a spoiler. I wish you could get auto transported outside the dungeon after beating a boss, but alas it wouldn’t fit. Maybe I’ll try and squeeze it in now that I’m thinking about it, I think I know of a place to get some space.