As a heads up, while this compiles fine in Arduino, and downloads to the production/kickstarter unit ok, it does not boot.

What needs to be done in order for this to work on the production arduboy?
I understand that is is using a custom library that is not compatible with the non beta arduboy.
What do we need to do to make this work with the official library? 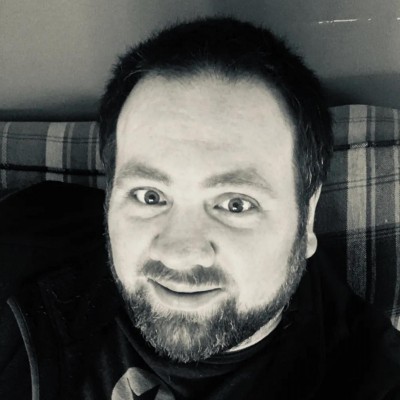 Atomic Puzzle Pack 3-in-1 game for Arduboy. Contribute to yyyc514/puzzle_pack development by creating an account on GitHub.

The tough part is the core lib doesn’t have any easy way to rip out the audio so people resort to hacking it and just changing whatever to make it work - resulting in things that are almost impossible to get working against the core libs.

We have to figure out this audio issue.

I’ve already created an issue regarding the underlying library issues.

Rip tunes out of Arduboy lib

Reference: http://community.arduboy.com/t/atomic-puzzle-pack-beta-version/459/22 I think this needs to happen. People want to do different things with audio (and I don't blame them, tunes kind...

Pretty nice! let me know if you are able to make it work!

I was considering messing around with it too since I know C++ but I am overwhelmed with work at the moment.

Quick fix to work on the Kickstarter Arduboys while the Arduboy library is being changed.

It has a couple bugs, the sound does not work after being turned on and off, it only works after uploading the sketch. Something must be getting turned on while flashing but I spent 3 hours trying to figure it out and I have no idea what it is. The other bug is very minor, text flickers when scrolling off the left side of the screen, probably a bug in the library that got introduced in an update.

Also it still just writes over whatever save you had with no care. Is there a system for saving saves yet?

Not aware of that many changes to text rending, but if you find a legit bug feel free to file an issue against the library on Github.

So it turns out PIN_SPEAKER_2 needs to be set to OUTPUT even if it isn’t used.

Can you file an issue? We should note that somewhere or just do it in the library.

So the game is fixed with the new code from today?

Works 100% for me now on the production Kickstarter Arduboy.

Nice I will try it in a bit. It did compile without any warnings now.

So happy this is working again! Thanks for the awesome work @Atomic! So far I’ve only played Brick Layer, but it’s effing fantastic.

How do we get this working on a production model?

Puzzle pack uses a local customized version of an older release of the Arduboy library. Because of this it suffers from the same “scrambled display” problem that previously affected the Arduboy library, when used with Arduino IDE version 1.6.10 or higher.

Rather than fix the local library, I’ve ported the game to use the Arduboy2 library. My fixed version of this game is on GitHub:

@Atomic, If you’d like to apply these changes to your repository, I can create a pull request.

5 Likes
Arduboy has entered the building
Infinite Horizontal Scrolling Glitch [Solved]
I have not tried this but can you have more than one game on the arduboy at a time
Press Play on Tape Flashcart Image
Arduboy Unresponsive HELP!
oiralire May 2, 2017, 5:49am #36

Want to say thanks for these games, and also thanks to @MLXXXp for making edits so that it all still works. The graphics are well done, the sound effects are satisfying, the whole thing is very polished feeling. Lots of fun to keep picking up, especially since it remembers your high scores. Great stuff!