I did a hard work to create an image compression library for arduboy (https://github.com/igvina/ArdBitmap). Unfortunately only few people knows about it.

After cropping the gif to the visible 64x64 pix and using the compressor I had these results:

Sketch can be generated with one command line.
Please, ask me if you have any issue with the lib. Thanks!

Unfortunately only few people knows about it.

Write and article about it for the Arduboy Magazine. That may get more people interested in using it.

This combined with the FX chip could be quite epic. @Mr.Blinky What do you know?

The demo was a quick and dirty play raw frames from flash. Maybe I should make a real demo with out of it?

What do you know?

You don’t want to know what i know

I dream of seeing a new hope on arduboy!

I dream of seeing a ASCII Star Wars on arduboy!

It would be cool.

The code is generated from the java encoder ([https://github.com/igvina/ArdBitmap]) with the “-gs” option and this animated gif. The code only plays the compressed frames sequentially.

how much it will need space for full video encoded?
i’m not experienced to do things with java so maybe somebody can help to get “ino” or “h” with all the video gfx in uint8_t PROGMEM [].
i would like to try play full video on Arduboy and ESPboy
may be not full on Arduboy (lack of memory problem) but full on ESPboy 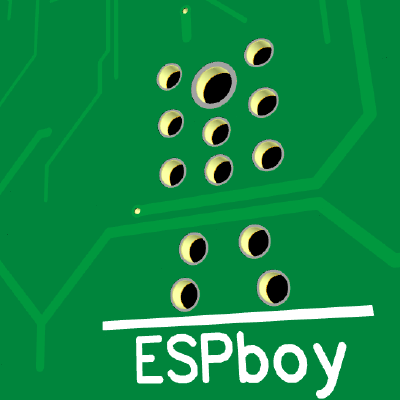 we still have free PROGMEM 455392 bytes!
probably it’s possible to rewrite the “ArdBitmap-master” lib to run out of the Aruduboy 64x128 limits and run this video full screen 128x128 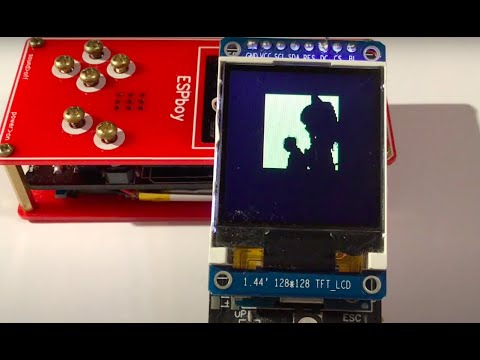 Nice! also with those screws I imagine you get custom fingertips

Oof this nerd-sniped me hard… Here’s my attempt:
ardu_apple.ino.leonardo.hex (76.2 KB)

Woof the emulator doesn’t like it one bit haha! That is a lot of content although its tough to see what’s going on cuz of the resolution but if you know the video then you can kinda follow along.

Very impressive, do you know what the duration is of the video?

Can you increase the resolution some? I’ve been looking for a heavy compression for video for some time…

We have the external memory now, so imagine what we could do with 16MB!!

I wonder if it’s at all possible to get starwars episode 4, or really any feature length film onto the arduboy. If there is a sound compression that could go along with it would be pretty incredible!

That was supposed to be 5 FPS * 1080 frames is about 3 minutes. Though we can change the fps and lossiness, so you can push it farther.

Here’s an example of 36x32 resolution with some lossiness in the form of stray pixels:
ardu_apple.ino.leonardo.hex (66.7 KB)

My current encoding can’t represent 64x64 without extending the the bits used to represent the length of a frame (but it’s ~ 100 bytes/frame), so episode 4 would b ~7.5 MB.

I will say that RLE i’m using here is reallllly optimized for silhouettes, and anything else probably won’t do well.