Brain**** or something similar on arduboy

I am thinking of making a microcomputer out of an
arduboy. Since arduboy has six buttons, the programming
language has to be simple, with a few instructions.
It could be maybe brain****, but also, a simpler one, like
ook. That’s just an idea, since I do not have idea of
how to make an interpreter.

Communit member @fuopy created ABasm, which is super cool! It might be what you’re looking for!

@fuopy
Makin' games for the Arduboy, on the Arduboy! #gamedev #assembly #virtualmachine https://t.co/QHreqbxjKu 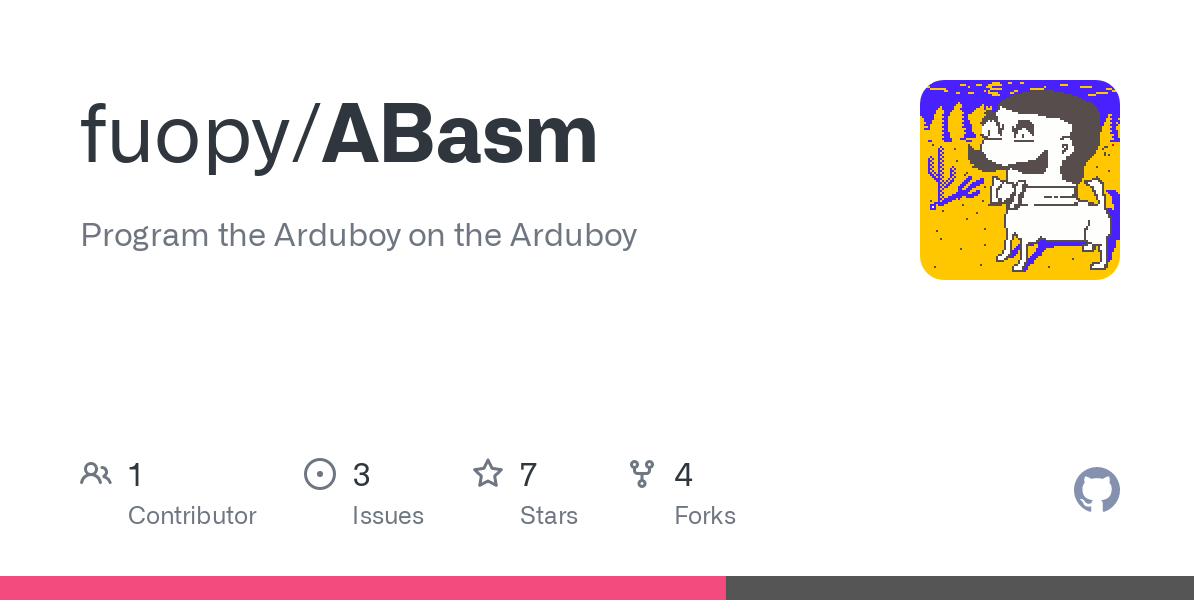 Program the Arduboy on the Arduboy. Contribute to fuopy/ABasm development by creating an account on GitHub.

Description ABasm is an Arduboy game that lets you program your own Arduboy games, on your Arduboy! It uses an assembly language-style of programming with its own bytecode format. Instructions To quickly get up and running, hold left on boot to load up the example program. From there you can use the D-Pad to select an opcode. Hold A and press Up or Down or Left or Right to change a parameter. Hold B to open the menu bar, and release B to choose an option. Media Makin' games for the Arduboy, o…

Brain****'s easy to write an interpreter for but it’s hard to do anything useful with it.

The proper name for such languages is esoteric languages, sometimes shortened to ‘esolangs’.

My favourite esolang is False.

Well, Thank you for the comments.The more general idea is to make a kind of microcomputer for the arduboy, taking into account the limitations imposed by the six buttons that it has.

I saw the ABasm, and looks pretty pretty cool actually… I will give it a try…

The idea of making an easy interpreter falls in something I am interested in, but that still I am far from it in practical terms…