The game was done for learning Arduino, and to have fun with my kid, but it is a lot of fun!
The game is fast-paced; it is a small shooter, but with some added fun tricks. I have not programmed in C++ for many years, so the style of the code will look funny, let us know of any bugs or errors. So far it seems solid. 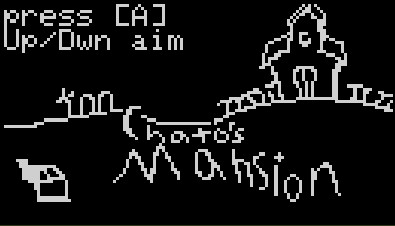 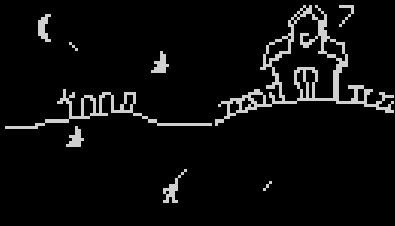 Nice. I love the ricocheting bullets!

As the player and the ghost are not masked, consider changing the following …

… or create masks for the characters.

I am also curious about the memory management in the code. The Arduboy has so little memory that you tend not to instantiate objects with new, just declare them up front and reuse them if necessary. Obviously you managed to do it properly in your game, congratulations!

You seem to have got your licences mixed up.
The LICENSE file for the repo claims Apache 2.0 but the source code claims GPL v3.
Which is it?

Hi I am happy that you liked it! I will definitely look into the masking. Regarding the memory, I do use new to instantiate the bullets and ghosts, but I use objects and inheritance to pack all the memory together, so there is really only one delete during play. Probably not super efficient, but much easier to manage and code.

Oops, fixing to V3. What is the recommended license ?

Speaking of which, virtual functions use up quite a lot of progmem,
so if you’ve got another game planned, consider avoiding them.

(Using ‘objects’ don the other hand oesn’t actually have any implication on memory usage compared to alternatives. Whether inheritance has an impact depends on other factors.)

Probably not super efficient, but much easier to manage and code.

In some ways, but not in others - remembering to delete anything that’s allocated and making sure there aren’t any memory leaks can be a hassle.
Not a problem in environments where std::shared_ptr is available, but sadly AVR/Arduino isn’t one of those environments.

(And as @filmote said, a static pool of objects can be a big memory saving for Arduboy games.)

What is the recommended license ?

Personally speaking I recommend MIT, Apache 2.0 or BSD 3-clause,
and I recommend against the GPL for various reasons.
There are other open source licences too, but those are the 4 most popular ones for Arduboy games.