This is my first Arduboy game, Coin Rush! The objective is simple, move the car around and collect coins, while avoiding the white squares. Your highscore is saved to the EEPROM so every time you play, your high score will still be there

. Thanks to everyone who helped me with the coding, especially @Pharap and @filmote ! 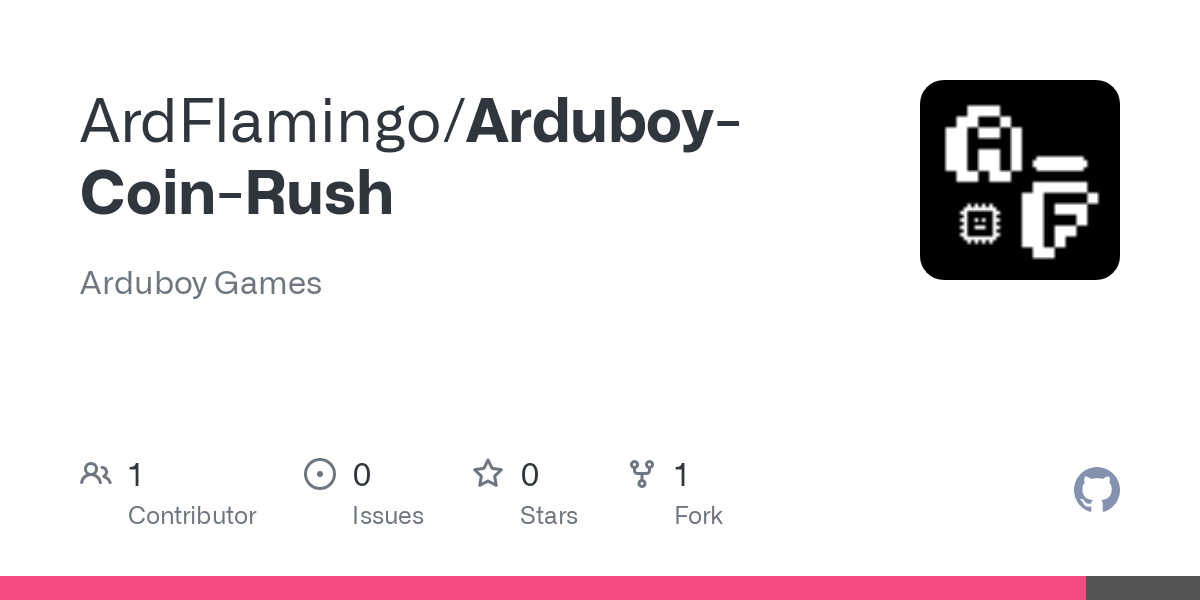 Arduboy Games. Contribute to ArdFlamingo/Arduboy-Games development by creating an account on GitHub.

Really nice!
Fun and quick to play. Thanks for sharing

Could the cars wrap around the screen, rather than disappearing?

Not sure how do to that, good idea though. I’ll keep tinkering and find a way

Glad to see you managed to incorporate the delay state and some of my other suggested changes.
(It would be nice to see the others included at some point too though.)

Not sure how do to that

You’d do more or less the same thing for the y axis, but using arduboy.height() instead of arduboy.width(), and carHeight instead of carWidth. (Obviously substitute the variables with whatever would make sense in your case. Probably enemyX, enemyWidth and so forth.)

Probably not something you’ll be worrying about at the moment, but it certainly helps as your game grows.