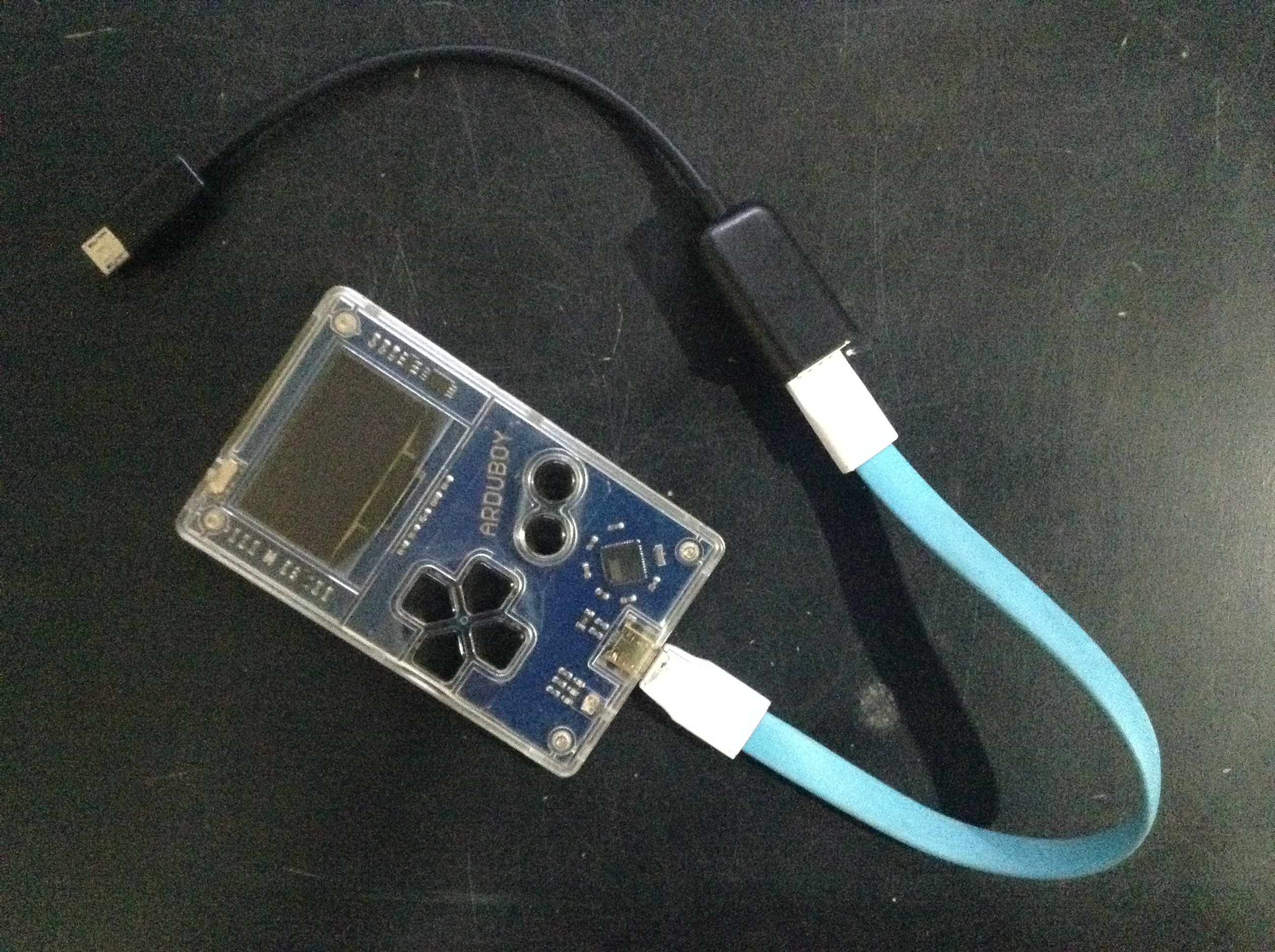 No ( search for USB in this forum to see why).

Just because you got two cables to mate up doesn’t mean it will work.

It isn’t a software issue, it’s a hardware issue. The new arduboy needs either 1) exposed GPIO pins so we can DIY, or 2) an OTG USB port.

With a separate host machine this may be possible. I’m talking along the lines of using https://github.com/boochow/abshell on one Arduboy and maybe https://github.com/eried/ArduboyVirtualInput on the second plugged into one machine. There could be multiple ways to accomplish this on a Raspberry Pi or pocket PC. See my https://community.arduboy.com/t/arduboy-smart-home-demo/4148/3 for more on the idea.

This may or may not be relevant:

It would be neat if there were some kind of portable secondary device acting as a server for Arduboys to enable multiplayer functionality. I would make a prototype but I don't have any equipment or experience with circuitry beyond soldering, so I drew a mediocre diagram and I'm throwing the idea out there in case anyone else thinks it would be a good solution to the lack of multiplayer capability. [image] (Similarly I'd give the 2AB1PC thing a go but I don't know of any good serial librari…

(I did start looking into this once.
I managed to get my computer registering data sent from Arduboys via serial but never got chance to test with multiple Arduboys so I never developed it further.)

There’s already been two examples posted one through Chrome plugin and there’s a post also where it’s done with Pi but we are still no closer to seeing a game utilise either.

I’m all for using a Pi they are readily available and inexpensive a zero + shell+ 4 port hat + LiPo can be had for under £30 with this you could possibly even get something running in a setup like 4 Swords. 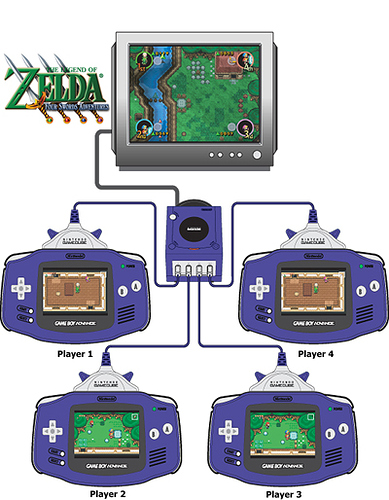 I agree with the Pi approach being a good idea (probably the best idea unless there’s a cheaper or easier Arduino-based arrangement).
I’m aware of the Chrome approach but I don’t like it because it locks people into using a particular browser.

I have a copy of Four Swords and a GC to GBA link cable, but I’ve never had chance to try it out because very few other people I know have a GC to GBA cable.
(The GC + GBA era was the golden age of console games IMO.)

I agree with the Pi approach being a good idea (probably the best idea unless there’s a cheaper or easier Arduino-based arrangement).

I think the a Pi zero with USB hat / hub will probably be the best and cheapest solution. There are breakout boards with USB host controllers but they’ll cost more

I’m liking This Hat over the Zero4U but it doesn’t seem so readily available.

I have a Raspberry Pi Zero W coming for Christmas, basically for some kind of station. What is nice about this approach is people could add all kinds of extras to this, for instance of course my idea would include a mic and voice software. Imagine a multiplayer game where you don’t even have to touch the buttons! Stuff like batteship or hagman would be perfect for this.