Yep TXB0104 levelshifer module. The display is 5V and GPIO is 5V tolerant but 3V is recommended according to datasheet.

It’s a shame their larger displays aren’t 3V powered. Perhaps the larger displays rated for 5V would run from a charge pump on a pair of GPIO for a 3.3V microcontroller, given their low current consumption.

No need to carry around a set of spare AA batteries all the time.

Yep, that’s the thing that I mentioned in the first post, it’s all over the internet that’s why I wanted to do our own version.

Ah, apologies, it just came up on my feed this morning and thought that’s a coincidence!

Where are my free arduboys?

Just a simple case for a cheap solar panel. Print, place the solar panel inside and join the 2 pieces. Solar panel: https://s.click.aliexpress.com/e/_dXyVvg1 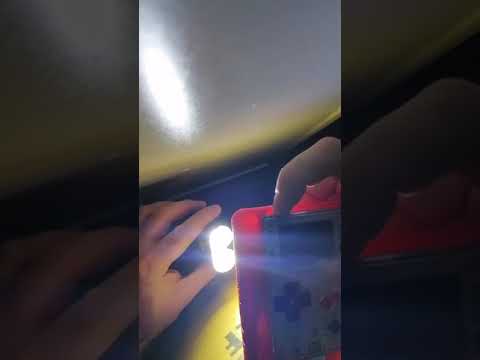 I dunno I am kind of looking for actual useable performance, if it just flickers on for a moment it’s not quite able to play a game. Have you already run out of sunlight to test it in Norway?

I think it needs probably another panel and also to be outside, maybe with some capacitor (probably doesnt need a super one, just a big normal one)

What kind of panels are these? do you know the efficiency rating?

I do like the case, that’s really cool, you can use that on a normal arduboy!

For a monent I thought I saw a $5 Arduboy

Counting your solar segments I’d say it’s 5.5V panel. If it is you may wan’t to add a voltagage regulator or a series diode to limit the Voltage.

(probably doesnt need a super one, just a big normal one)

I second that. It just has to handle peak loads so it doesn’t trigger browouts.

I dunno I am kind of looking for actual useable performance, if it just flickers on for a moment it’s not quite able to play a game. Have you already run out of sunlight to test it in Norway?

yeah no sun to test xD so it is not playable

What kind of panels are these? do you know the efficiency rating?

The panel is on details on the thingiverse link, but they are no-name cheap ones (they come with camping lamps/anti mosquito lamps). I left it connected with a lamp during the night and it got the arduboy lipo charged to completion (but maybe it was >8 hrs)

For a monent I thought I saw a $5 Arduboy

Counting your solar segments I’d say it’s 5.5V panel. If it is you may wan’t to add a voltagage regulator or a series diode to limit the Voltage.

yes it is 5.5, I think with the lipo in place there is no need for a regulator

Just need to redo the electronics, unfortunately I’m missing some components so I’ll have to get them first, but it’s getting there.

Once it’s all working how I want, I’ll design a new frame that compacts it all onto the back of the arduboy like a thicker back plate.

Some interesting analysis of which kind of photovoltaic cell is most efficient under different indoor lighting types for those wishing to manically optimise: https://biblio.ugent.be/publication/2062451/file/2062460

The sun is blotted out from here because of smoke. So solar probably isn’t going to work well right now.

Oh wow, so I need to get incandescent/ warm to test. Awesome document

The sun is blotted out from here because of smoke. So solar probably isn’t going to work well right now.

Lol “merica” is not the world. No smoke here, just no sun

Heres a functional version of the crank powered arduboy:

I used two 2.7v 55F super capacitors to keep a charge and some basic voltage regulation circuity to keep it below 4.2V

On a full charge the arduboy can run for just over 7 minutes and as for recharge time using the crank, for that 7 minutes I turned the crank for around 3 minutes.(Tested using flashlight mode)

Right now it works pretty well but I do want to 3d print a back case for the arduboy, which will contain everything but that’ll take some more time. Also a low power indicator.

I think the coolest implementation would be a PCB that is custom made with space for panels.

It would have cost to much for me to have a PCB made that would be large enough to hold the required solar panel surface area to power an Arduboy. Here’s what I came up with.

The solar panel is designed to trickle charge a lead acid car or motorcycle battery. It outputs up to 25V no load, so I needed to add a step down regulator circuit.

I made mounting tabs from a used plastic gift card. These hold the Arduboy PCB to the front cover, in absence of the back cover, and mount the unit to the base.

Three layers of thick cardboard (from credit card offers I got in the mail) are cut to shape to form a spacer to provide a cavity for the speaker, a gap for the power wires and clearance for the mounting tabs. They’re held together, and to the base board, with double sided tape.

The board I used for the base is a remnant piece of wall paneling. The solar panel is held on with Velcro. The regulator board is held with foam mounting tape.

Even with a solar panel this size, the light required to run an Arduboy is so intense that the display is completely washed out. However, with this design the panel is removable and with its 2.5m (8’) cable the panel can be placed in the bright light while the Arduboy is operated from the shade.

I also experimented with a sun shade made out of a cardboard frozen pizza box. With it, the display is visible enough to be usable.

It has been a cloudless day here in Toronto, Canada but the sky is quite hazy due to the smoke from the California fires 3500km (2200 miles) away. I could barely get it to work but during the bright patches I had it running Mystic Balloon fine. (This game runs with a white background and has sound, so its current draw is quite high.)

Predictions are that tomorrow will be clear and with less haze, so hopefully I’ll be able to figure out the logistics to make a video of it in operation.

That is amazing … when we had our fires 6 months ago, I wonder if New Zealand was affected?

Greetings, this is a recoded announcement as we are all out at the moment. The Commercial Council of Arduboy thanks you for your esteemed submissions but regrets that the entire shipping department is temporarily closed. If you would like to leave your name and a planet you can be contacted at kindly do so at the tone. 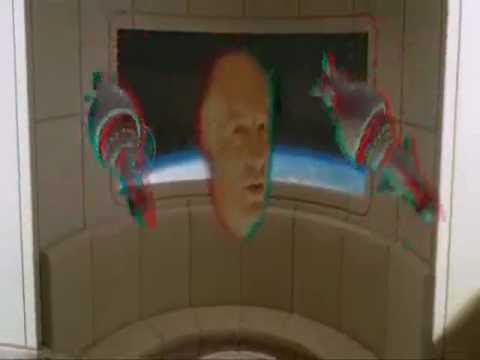 Sorry couldn’t find the clip from the original BBC miniseries.

Predictions are that tomorrow will be clear and with less haze, so hopefully I’ll be able to figure out the logistics to make a video of it in operation.

It was cloudy this morning but the weather report said a mix of sun and cloud in the afternoon, with no haze.

While waiting for clear sky, I built a mount and shade for my cell phone, hoping it would block the sun enough to make the Arduboy display visible, while allowing the solar panel to remain attached to the base while exposed to the sun. It was also to hold the phone and Arduboy steady, so I would have two free hands to operate the Arduboy.

It’s made from scrap wood, a metal plate and misc. hardware. The phone mount is the head of a selfie stick attached to a ball joint for a camera. The hood is made from a cardboard food box. The whole thing is mounted on a camera tripod.

Once the sky cleared there was plenty of sunlight to power the Arduboy, so here’s the video I made. There are two uninterrupted, unedited segments, about a minute and a half each. The first segment is with the solar panel attached to the base. The second segment is with the panel detached and in the sun, with the Arduboy in the shade. Near the end of each segment I put my hand over a section of the solar panel, which lowers the power enough to cause the Arduboy to instantly shut down.

I’m sorry about the flickering of the display, caused by the camera frame rate and Arduboy display refresh being out of sync. It was perfectly normal from my view. 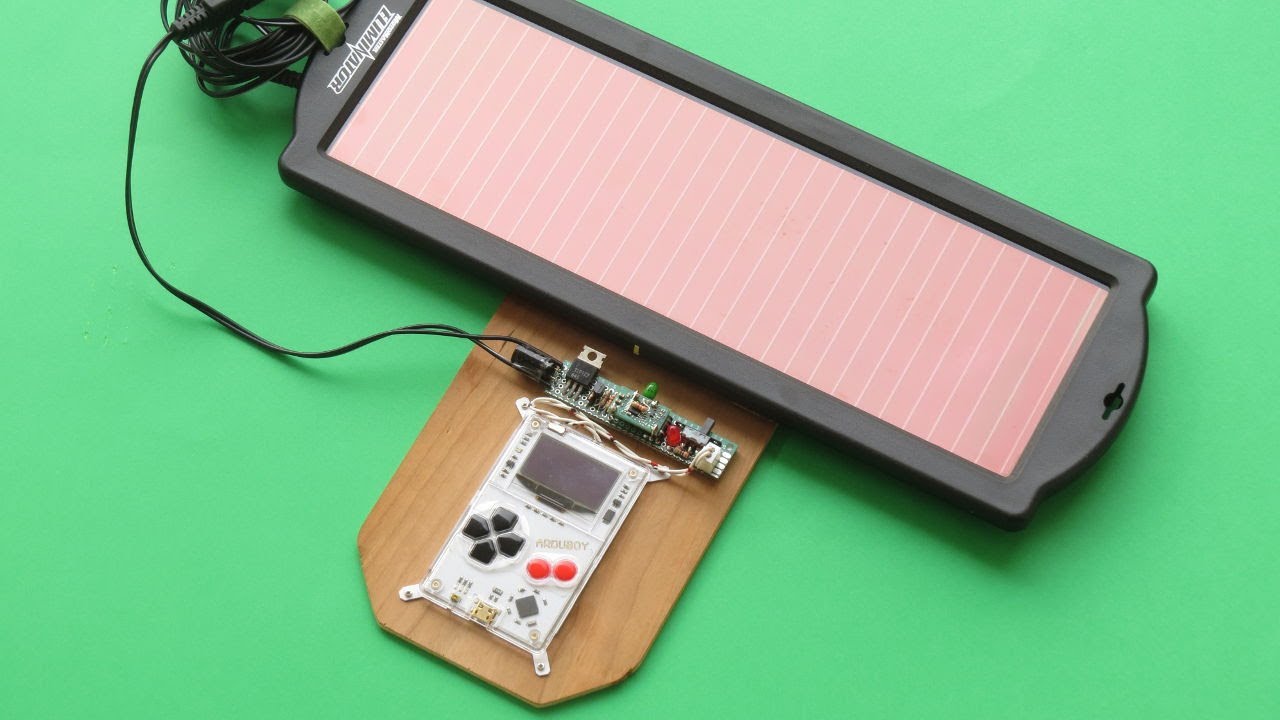 Finally got the case done

I also added the voltage reference code to my game to give me low power warnings, which is what the red flashing light is when the game starts. It also goes green when it’s close to full