A few months ago, I started a very promising project but I was dreaming too big. I ran out of memory before I could make the game playable. I tried to separate the game in parts, using #ifdef; you have to recompile after finishing tutorial for exemple, but it’s kind of messy.

Could the Arduboy FX manage bigger game? This would solve everything.
If not, at least I could have all the parts of my game already installed on the Arduboy.

Without using flash expansion the Cathy3k bootloader alone will hand you some extra space.

There are a lot of tricks you can do to get memory back from using a standard Arduboy. How much were you short do you think?

Do you use the print() functions at all? If not, just changing the code to use Arduboy2Base will save a heap.

@Keyboard_Camper Does Cathy3K replace the original bootloader to gain space? But then how do the compiler know there is more space left?

@filmote I have no idea how much space I need. The more I could get the happier I’d be

I do use the print function, at least in “tuto mode”. I thought about creating sprites instead of words in the menu, not sure if it is optimal.

Thank you for your answers but it doesn’t answer the original question. Is it a no then?

My understanding is you can load memory from the FX flash but I have no idea how to do it. I am really keen to understand this myself!

You have to flash your bootloader with a variant of @Mr.Blinky’s Cathy bootloader and use a custom board package to compile larger games.

I’m not sure if the current version of Cathy is as efficient since it became involved with the FX, it could now be a little more bloated than older iterations due to adding flash features.

Getting an extra ~1k of bootloader space is inconsequential to accessing the ~16MB of potential data.

This thread will be for beginners who want to learn by example, modifying others code to learn how the library works so far. For this example I’ll be using the bouncing balls demo from @Mr.Blinky posted here: The goals for this thread will be: Understand the file structure and tools, how to load an FX game onto the Dev Kit Basic understanding of the library functions within the sketch How to modify and create new assets within the external memory bin file (how to change and add sprites) …

To be honest, all the code examples are there to do it, it’s a little tricky to understand… but not really.

Ladies and gentleman, I figured it out and I can barely code myself out of a wet paper for loop. Working on uploading the videos but they are a couple gigs and I only have 1meg upload right now.

Seriously, its not that hard to do but you have to show some initiative on it.

Ultimately it all depends on what your game actually is.

As @filmote implies there might be ways to fit it on the Arduboy without needing the FX chip, or resorting to anything drastic.

That said, there are ways and means of using the FX chip to store data, but so far there haven’t been many experiments with it.

But even until the FX chip launches there may be ways to split it across multiple .hex files without too much effort, either by using #if or having separate games.

It was supposed to be an exploration game. You start as a simple space miner but as you gain money and upgrade your ship, you can explore more distant places, find some weird aliens and other stuff…
There is still a lot of work to do to make it a complete game but I’m already at the memory limit. Haven’t programmed anything since june.

Here is the link if you’re interested: https://github.com/skaterced/Spaceboy-Adru
(remove #define STORY_MODE_TUTO in globals.h to discover more)

I can’t see any obvious large savings yet, but I can see at least half a dozen potential small savings.
E.g.

Then on Ship instead of having multi you could have

and instead of canHold you could have

Anyway, you get the idea - relying on interpeting data instead of explicitly writing lines of code for every change, especially when there’s a pattern.

Another example, instead of having a long chain of arduboy.println you could use the flash string trick to do something like:

Which should be cheaper (in terms of progmem) because it’s a single function call in a loop instead of multiple consecutive function calls.

Unfortunately there will be some limitations on what you can manage because of the variety of things that you have occurring in the game, so you probably won’t manage all of what you intend to without the FX chip, but there’s quite a few things you can do to cut the memory use down.

@Pharap Thank you for taking the time to read my code and to give me advices. I appreciate your help.
I will try to implement them and see how much memory they save.

Remove volatile, that disables optimisations and you don’t need it unless you’re writing interrupt handlers.

Is a good candidate for the ‘data driven’ approach.
Store the offsets in an array of int8_t (preferably in progmem) and then have a loop instead of lots of drawLine calls.

If you aren’t sure how to implement any of the suggestions I made, feel free to ask for advice, explanations or assistance.

Yes. You can offload graphics and game data to FX.

This would solve everything.

It doesn’t solve everything. You can not store and execute program code from the FX
chip. If your code doesn’t fit into ATmega32u4 you could’ll create some sort of interpreter or virtual machine that runs your byte code from FX

My understanding is you can load memory from the FX flash

it is treated as a form of virtual memory. There are functions that draw a bitmap directly from flash and you can read data by passing along a virtual memory address (offset)
There will be a tool that parseses a script and creates a blob file that will be uploaded to FX flash and a C++ header file containing all the virtuall offsets to the blob data. (still WIP)

I am really keen to understand this myself!

I think it’s best to understand from examples. If you want I could give you targeted help for adaptring Loderunner for FX

It still is 3K

Had a go on you game and looks very nice.

You can save quite a few bytes by reducing texts by using a single println() instead.

For Example using a single println() like this saves 52 bytes :

The above string is still stored in RAM but by adding the F() around the string you free valuable ram (56 bytes) :

That most likely blows my array idea out of the water.

Is it not possible to just load executable memory data into ram as a string or something and then jump to it as an execute? I think you’d have to do that with in line assembly to actually get it to compile? Basically, an “code injection” attack? Kinda like how you can program mario to do stuff by loading up the buffer in exactly the right way then executing an overflow? 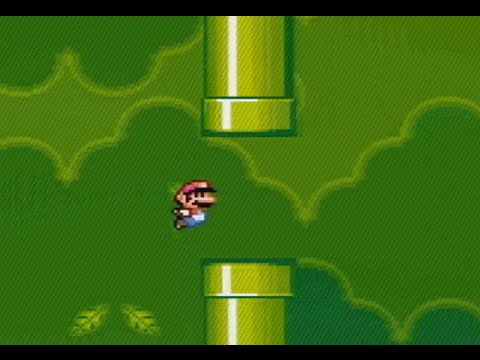 Is it not possible to just load executable memory data into ram as a string or something and then jump to it as an execute?

* Modified by the fact that read only data can be stored and retrieved from the program (flash) area.

So jump commands can only be issued to valid flash memory addresses?

It’s kind of like saying: With a PC you can’t jump from RAM to an address on a hard drive and start executing code directly on the hard drive.

Had a go on you game and looks very nice.

Ok so if I understand correclty: with the FX, I could store sprites or string arrays but not code right?