The corrupted Corpo has to be stopped and your hacking skills will be invaluable.

Hack your way through some of their perimeter servers to earn enough money to buy a CyberDeck which, in turn, will allow you to hack more important servers for even more money. With each CyberDeck purchase, you will progress to the servers holding the inner secrets of the corporation. Complete all available hacks to take down the corporation and make as much money as possible – after all, your actions are not entirely altruistic!

Travel from the safety of your home to the business district to buy CyberDecks as you can afford them or when you have completed all available hacks that your current CyberDeck allows you to access. There are three CyberDecks available and upgrading from one to the next increases the size of the hacking grid, the number of available hacks and the buffer size allowing you to earn more money from a single hack.

But be careful when travelling between locations as you may be spotted by the corporation’s guards which will increase your threat level. Use obstacles in the street to hide behind or hack a building door to reveal a hiding place. Lamp posts can also be hacked which will distract the guards allowing you to run past them.

You can visit the slums to pay for your threat level to be lowered. However, as each CyberDeck only exposes a certain number of hacks, you will need to ensure that you raise the maximum amount of money possible per hack and minimise spending that money to lower your threat level. If you do not earn enough money or spend too much, you may not be able to afford to upgrade your CyberDeck and you will have failed your mission.

Expand the various topics below to learn how to play the game.

I need to also thank @pharap and @MLXXXp for their assistance getting the ByteBeat and ArduboyTones to play together. Thanks guys!

This is pretty great!

In playing it via emulator, I think I’d like to see the first button press during speed just immediately complete the current sentence instead of dismissing it. Maybe map B to “complete” and A to “dismiss”. I’m sure after you’ve seen the text a hundred times, you just want to go on, but I found myself missing stuff at first.

Can do … but the two different steps of complete and dismiss will not be obvious to the player.

BTW, I have only 22 bytes free so this might be stretching the friendship.

I have only 22 bytes free so this might be stretching the friendship.

I was going to give the game a quick try earlier, but I couldn’t actually get it to compile on my end because the compiled size was too large*, so I started to look for ways to get it under the 100% barrier. (I didn’t tell you at the time because you’d only just published and I knew it would be night where you are, so I didn’t want to start bothering you with extra hurdles.)

Assuming my savings will still apply to whatever set up you have that’s compiling under the 100% mark, I found an extra 56 bytes in total.

They’re on this branch if you want a look… 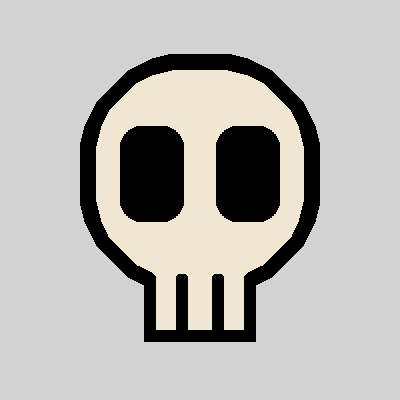 Contribute to Pharap/Cyberhack development by creating an account on GitHub.

Even then, it might not be enough spare to do something useful with, but it’s the thought that counts.

(I found one other potential saving, adding setCursorX and setCursorY to the font then replacing setCuror calls when only one coordinate needed to be changes, but I didn’t investigate it fully. Should be about -2 bytes per change, crazy knock-on effects permitting.)

* Perhaps you’re using a more up-to-date version of Arduino/GCC, I haven’t updated mine since that update that forced verbose mode on Windows.

I have compiled it using Mr.Blinky’s optimised core.

Ah, I take it that’s a separate boards package? That would explain quite a bit.

(I might grab the package and check the figures tomorrow, but not now because it’s late here.)

Yes it is. I did point it out in my original post but its hidden.

I might have skimmed that and assumed it was achieved by incorporating something that would normally be (part of) an external library into the game code itself, rather than being a separate boards package.

Wow, you’re not quite at Atari 2600 kernel levels of byte scrounging, but that’s very close. Definitely consider my suggestion a priority 3 issue at best.

Can you create a pull request for your changes - the accidental use of the function was a major oversight. The rest are pretty straight forward!

On the optimised core - I found that it compiled better on Windows than it did on MacOS. This is probably also a difference in GCC. I have compiled on MacOS so you will probably witness a few more bytes saving that I got.

Its a pity that I prefer to use the Mac - there is a 134 byte difference just there!

Wow, you’re not quite at Atari 2600 kernel levels of byte scrounging, but that’s very close. Definitely consider my suggestion a priority 3 issue at best.

Note quite that low level … I have done as many tricks as I can to minimise memory usage. As you can see, someone with a fresh set of eyes can find new things whereas I think I am exhausted.

I think it has a different level of GCC - but not sure. Maybe it stamps ‘Steve Lives’ into the code at various points?

Are you compiling with Arduino or are you using make or vscode or something?

I am using VSCode but it directly calls the Arduino IDE to compile. I have the same version of the IDE on both machines but it could have a different GCC underneath.

One other interesting point - if I use the Homemade Optimised Core on windows it causes the screen to be offset by half a screen on the ProjectABE emulator (running locally). This doesn’t occur when doing the same on the Mac though.

Weird that half screen thing is a bug you get on SSD1309 screens when trying to interpret the charge pump command. Wonder if that could be related.

Unless I gave configured the win machine incorrectly