And here is the new version ! 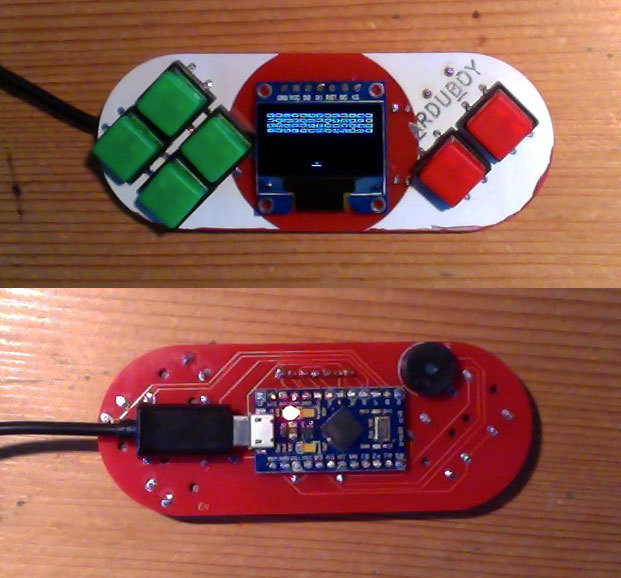 Does anyone know if the white silkscreen is broken because I put it too close to the bottom of the PCB or if it is because of the fab I used (Ragworm)?

Nice job! Are you cool with sharing the source for the PCB?

Not yet, but it is planned as I did it all in Kicad.

Also, I can send you a PCB, just drop on IRC!

I have found 8 x 8 mm buttons which fit in the same dimensions as a retail Arduboy, similar to my original idea: 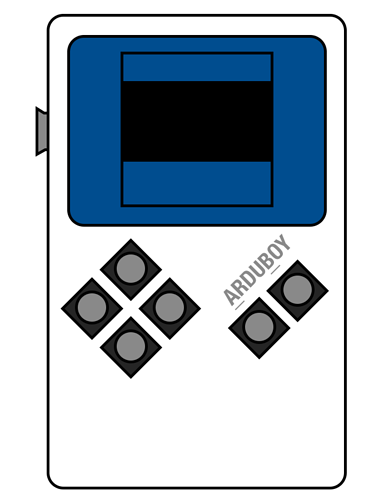 I am not sure which design to keep. The horizontal design looks more lively, but the vertical design has a more consistent branding and leaves more place for extension.

the vertical design has a more consistent branding and leaves more place for extension.

And, as I’ve already mentioned, the vertical design also makes it easier to squeeze in an Arduino/Genuino Micro instead of a SparkFun Pro Micro, giving the additional I/O pins that allow close to full production Arduboy compatibility.

I knew it! I was sure you would say that.

@davidperrenoud managed to somehow meet one of my directors lol 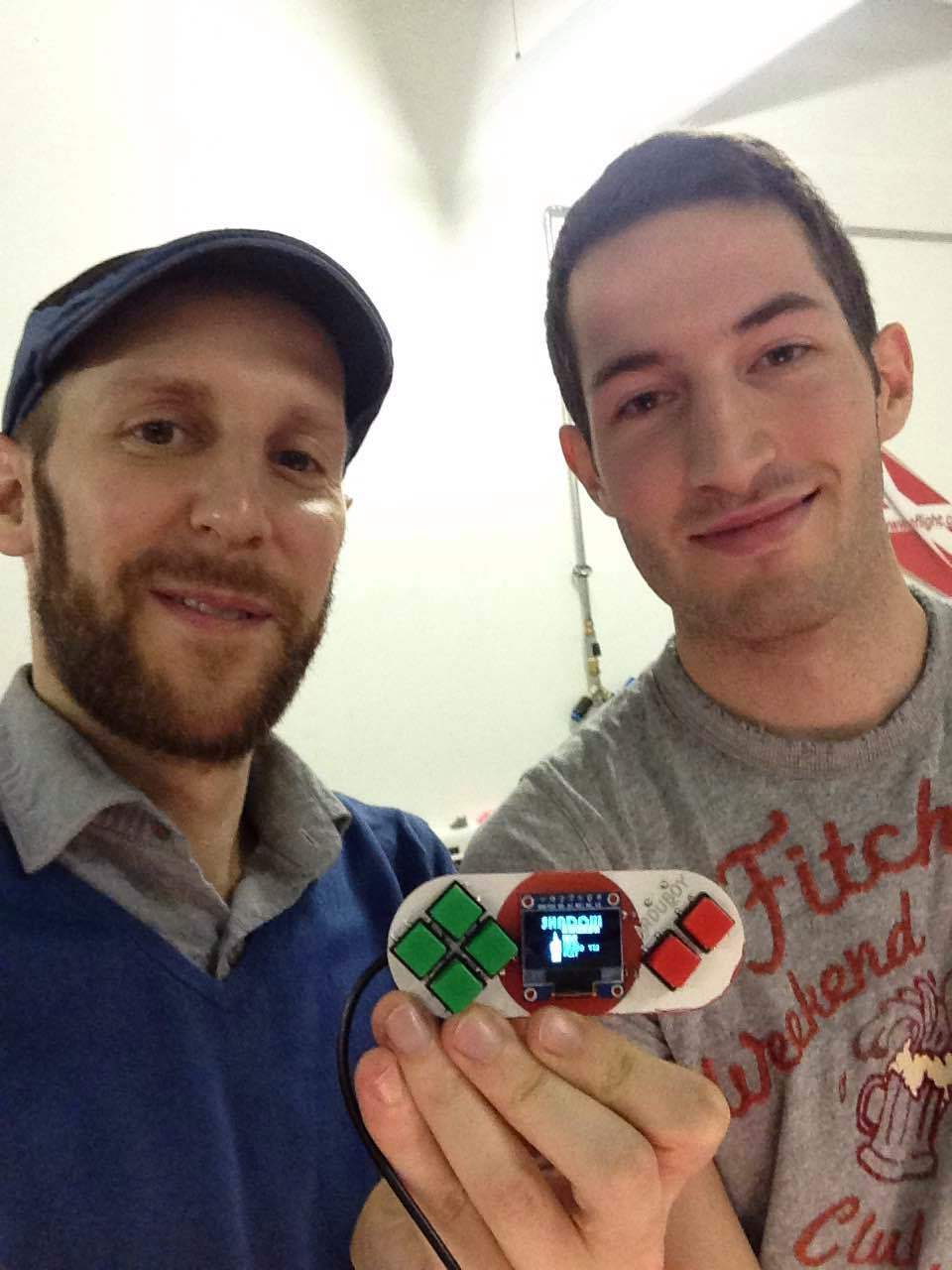 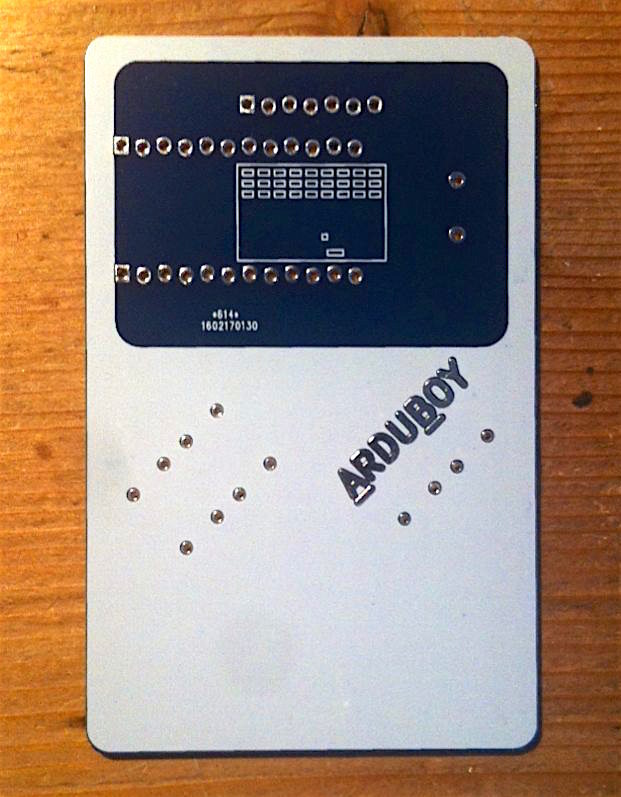 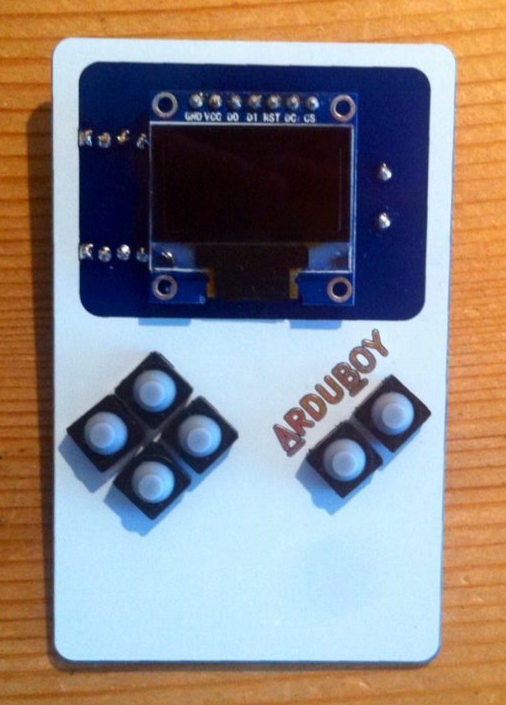 I can sell a couple of it for $29 for those who want to help me recover the PCBs and components costs (if @bateske is okay with that).

(if @bateske is okay with that)

Of course I’m OK with it! That’s awesome! Even if I wasn’t OK with it how am I supposed to stop you?

Is the staggering of the holes intentional? If so, why?

Production version, but the buzzer uses only 1 pin.

Exactly, the staggered holes hold the pin headers in places after you flipped the board and while you solder the pins which makes the job easier for beginners. It is an idea from Sparkfun which I have replicated in Kicad.

Hey man, are you still sending out pcb’s and if so, I would like to get one. How much would it be?

I have just 1 kit left in stock but the screen is green (the pixels are white but the PCB itself is green). 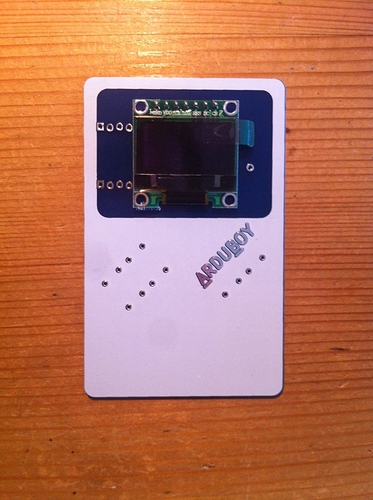 Sorry for the late reply, as I finally got my prototype working, I’ll be trying to make my own pcb. Thanks anyway. 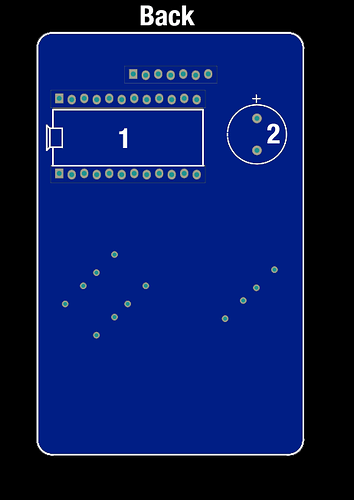 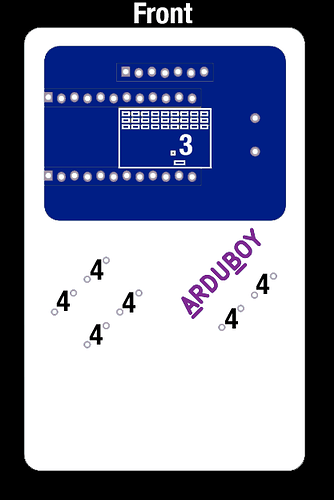 You’re done! Your Arduboy DIY should now look like this: 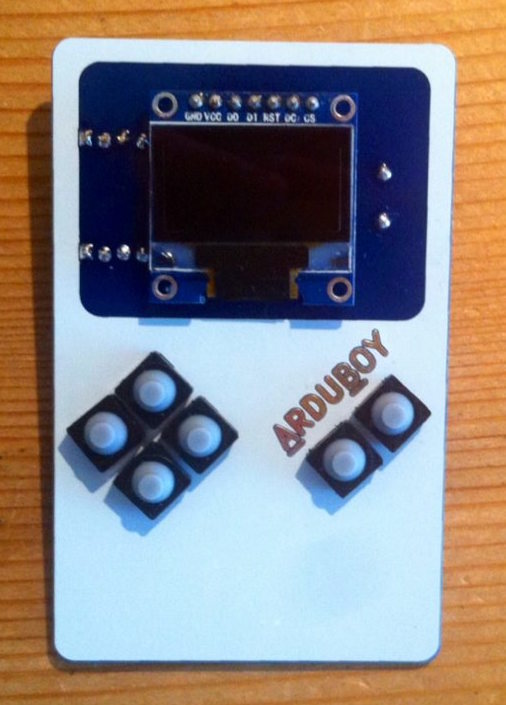 You can now connect a Micro USB cable and get started!

How would one make a custom pcb?

Since this is a good question, I went ahead and answered it as a guide in another thread:

How to learn to make Circuit Boards Guides

This is a real rough basic run through of what tools you’d need to make a PCB. It’s not meant to be a tutorial, there are tons of those elsewhere online, simply introduce you to some terms and give you a starting place to begin your googles. If people would like to post more resources like tutorials or their own suggestions, please do so below. First step is to get some software to create the files you need. I designed the Arduboy using EagleCAD which has a trial version, it’s what Adafruit an…

It’s just a starting point because you could write a whole book on this subject and people have! Check it out!