I developed a DIY clone of the Arduboy hardware. The goal is to have an easy to mount circuit for young people, without specific electronic skills.
For now, this is a copy similar to the dev kit. you can find all the files on here -> 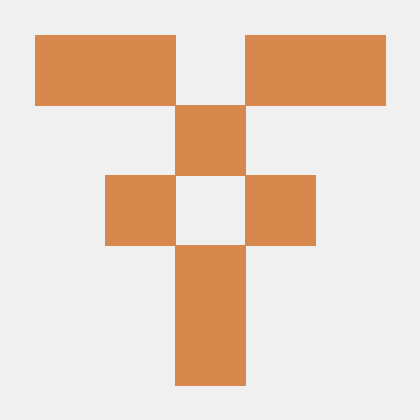 arduboy clone for the fablab of Sion (CH). Contribute to lmayencourt/faboy development by creating an account on GitHub. 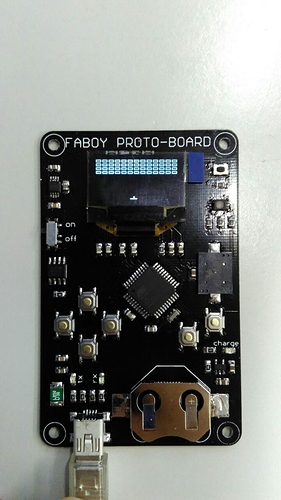 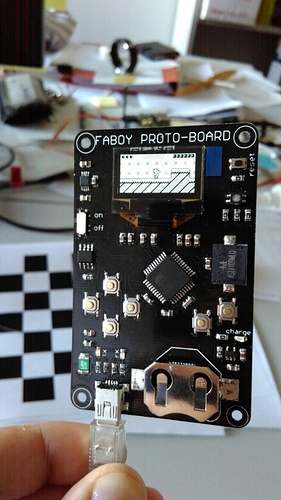 I am currently working on a new version based on a NRF51 module (ARM cortex M0 with bluetooth smart). With this new processor, it will be possible to change games simply via a smartphone ! (And more memory for graphics !)

I am currently working on a new version based on a NRF51 module (ARM cortex M0 with bluetooth smart).

You may wish to look at my Atmel ATSAMD21G18 (Arduino Zero) based prototype. The work I’ve done on the Arduboy library may be useful to you.

ho hey thank you ! I will have a look to it !
I want to port the arduboy library to the mbed platform. So I will see if I can reuse a part of your work !

No I don’t sell mounted pcb. The main goal here is to mount it yourself. If you want a ready to play board, the best solution is to order an official Arduboy

I made good progress in the port of the Arduboy library for the ARM architecture !
I added a decoupling layer between the library and the functions specific to a platform. For each platform, the following functions must be defined:

This makes it easy to change platforms while keeping the same code base. I tested my code on a NRF52 devkit (which will be the final processor) and a STM32F7 devkit. The code is based on the MBED platform. 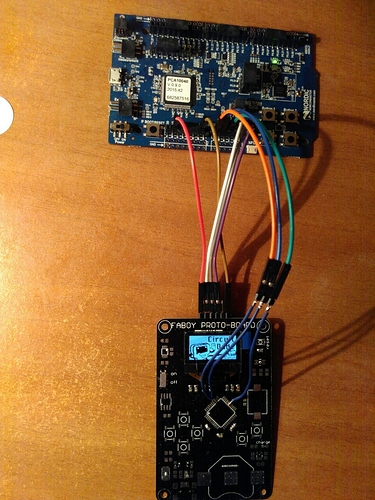 NRF.jpg960×1280 220 KB
Since it is no longer code for Arduino, games must be modified slightly to be compiled.

The next step is to implement a bootloader that allows you to change games via BLE with a smartphone. It will also allow you to connect multiple devices together for multiplayer.
At the same time, I will start designing a new PCB based on an NRF51 module (https://www.seeedstudio.com/MDBT40P - nRF51822 based BLE module-p-2503.html) that will be easy to mount.