Anyone paying attention may have noticed that there has been a lot of discussion in the media about the trade war going on between USA and China. Well, the first round of taxes I was not included on, it was mostly large industrial commodities like steel and stuff like that being taxed.

The second round was everything. It looked like we found a code to use that could sneak by, but it seems like that may not be the case.

The most recent shipment of Arduboys that came into the US were hit with a 15% tax.

This is actually significant enough that I will not be able to continue selling Arduboys from within the USA. Everything may need to be handled through distributors.

Dark times are upon us.

Eben Upton from raspberry pi chimed in on twitter and sent me a nice email:

@bateskecom @lisn92 @arturo182 @Raspberry_Pi I've been a fan of Arduboy for a long time: anything that puts programmable hardware in people's hands is a good from my POV. I've sent you a message via your web form.
7 Likes
eried (Erwin) December 14, 2019, 10:37pm #5

Dark times are upon us.

Here in Norway, next year, all packages will pay “handling fees” additionally to VAT (they are going to remove the “free” tier). So, buying a 50 USD arduboy with 15 USD shipping will cost 23 USD more in fees and 16.25 USD in VAT… totalling around 105 USD. Dark times indeed.

I am stashing in lipo batteries and tiny components

They are adding a 23 dollar flat fee for all incoming packages?

In some ways it kind of makes sense because so many international packages have come in this is the main way for drug trafficking these days. That is one reason why this is happening.

Kind of strange for Norway from the USA, I thought we were good buddies?

They are adding a 23 dollar flat fee for all incoming packages?

Yes, all packages from anywhere will have that extra fee between 18 to 23 USD + 25% VAT, it is not about being good budies

even ordering something from Sweden will get the fee. It seems the postal office flow it is highly inneficient and they are struggling to process all the “tax free” packages from China.

This is probably going to stop all international orders below 100 USD or such. I need a PO Box in finland

or maybe with your chinese contacts (if you stop doing the Arduboy gig because Trump), you could do some “Skandinavian Chinese Clustering service in china” where you bundle packages and “unzip” them locally here

Yeah well you are exactly right what this is trying to do is get people to stop ordering small things online and having it shipped into the country right to them. They are making it prohibitively expensive and the thinking behind this, is that it will encourage and/or create opportunities for shop owners to then import a large number of stuff on big shipment and then sell it in the local market.

Trying to stop people from buying on amazon and ebay international and just buy something local instead.

The world used to have all of these trade barriers in place and in the 70, 80 and 90s we saw the free trade and globalism treaties reduce all this. Now it seems as scarcity on the global scale is starting to set in we are seeing a knee jerk return to the way things used to be in order to try and force the economy in a specific direction.

And of course it does so by putting the pain point on the consumer.

Trying to stop people from buying on amazon and ebay international and just buy something local instead.

If that is the intent then I appreciate the sentiment, but question its effectiveness.
Amazon and Ebay are large enough to soak up the damage,
but it’s liable to leave a big dent in smaller companies’ wallets.
(After all, Amazon can always just crack the whip harder in their zero-hours sweatshops.)

I have multiple opinions, but I’m going to stop there before I turn this into a debate.

(Besides which, my own country’s politics have been interesting enough this week without getting into the affairs of other countries. :P)

Buying from US or Japan will almost always get me hit. for those countries I like to buy through Amazon .com / .co.jp so I can pay tax upfront and don’t need to pay those service costs.

Buying a $39 Arduboy from arduboy.com would cost me over $80

In the EU buying from Pimoroni.de is your best bet!

What they are trying to do is to get multinationals to have to setup business in the local countries and have more operational presence there so the countries can get the taxes that way too.

In the EU buying from Pimoroni.de is your best bet!

Thanks I didn’t know they had a German site.

Wouldn’t that be awesome?

Oh never mind buy from SOS! What a deal!

Over inflated taxes is what stops me buying direct from the Arduboy store and artists in the US.
My son buys lots direct from Japan, HMRC must love him.

In Germany you can use this Shop. 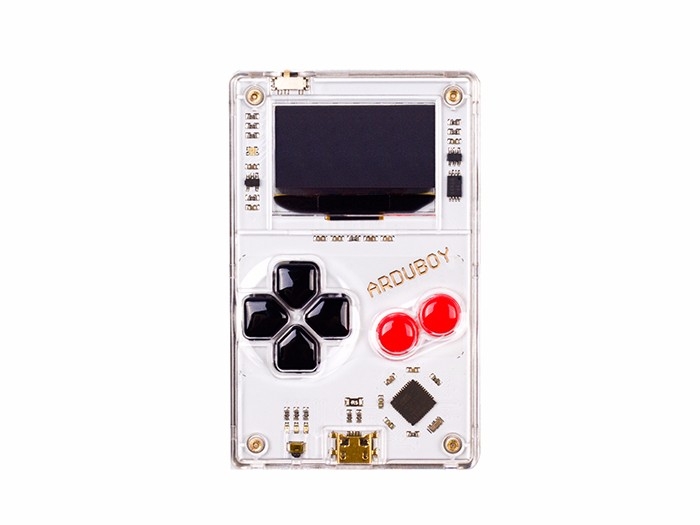 Wow that’s screwed up, essentially having your legally purchased mail held hostage to extort nearly 100% extra from you.

Yup… All those bullshit extra taxes just killed it for me. Not going to buy much DIY handheld things anymore as the taxes and shipped cost as much or more than the devices themselves now.

Abuse the schengen agreement - make a friend in a nearby country with cheaper taxes,
have your goods shipped to their address and then cross the border to collect your shipment.

As far as I’m aware that should be completely legal,
so as long as it works out cheaper after transport costs there shouldn’t be any issue (in theory).

(My knowledge might be a bit off - the schengen agreement isn’t much use when there’s a body of water separating you from the nearest schengen country, even when factoring in the undersea train.)

So long as we are talking about the Mad Max dystopia the world is turning into:

Thieves have stolen 300,000 litres of water from a property in a drought-hit community in New South Wales.

cross the border to collect your shipment.

You’re “supposed” to declare any goods you purchased outside the country when reentering the country.

Thieves have stolen 300,000 litres of water from a property in a drought-hit community in New South Wales.

You’re “supposed” to declare any goods you purchased outside the country when reentering the country.

It’s a gray area, of course you’ll get away with it on small stuff. But technically you still have to pay taxes on it.

Try doing that with a car