I’m gonna allow all this

posting just because this thread is mostly for excitement anyways but you maniacs start using header tags all willy nilly and I’m going to start flexing administrative privileges up in here.

@bateske have you consider making a homemade/diy arduboy contest along with the game jam. Its just an idea that pops on my head

have you consider making a homemade/diy arduboy contest

This is an interesting theory. It would be difficult to validate who started at the beginning of the competition or what the rules would be. I’m down for having a hardware competition but I would want to make it more specific and really think about how to run it. And probably make it longer to give people a chance to make circuit boards.

Maybe I could just crowdsource the design of the next arduboy? Oh no, this is dangerous thing to talk about. Stay on topic. Will consider hardware, this game jam topic is about just the software though.

I’m gonna allow all this

Wonder if that’s got anything to do with the theme

Maybe the theme is kusoge.

12 posts were split to a new topic: [Discuss] Education and Entertainment cannot coexist

I think I found our Theme

I must join… But I need to get a refresh on arduino.

Oooh, I can’t wait!
This is my first Game Jam and I’m very excited!
Good luck to everyone!

What will the prizes be?

I heard it is 2-3 golden buttons for the winner. I am hoping that it is 3, it would be sweeeet

If you win first and second you could possibly fit out an entire, single Arduboy. 3 buttons or 3 sets?

I think that theme should be a little bit crazy, unusual and educational for example “Manhattan Project” or “Polish hussars”

Heres another idea for a theme, two worlds!

„Two worlds“ sounds really inspiring. I could imagine a lot of sceneries…
(out of this world, another world, a link to the past, there are a lot of pictures coming to my mind)

Maybe the theme is kusoge .

I only just noticed this post … I reckon I could be good at this genre!

I only just noticed this post … I reckon I could be good at this genre!

Well all I did so far would fit that theme lol

I’m not one for referencing Disney songs, but I like animals so: 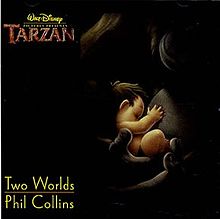 "Two Worlds" is a song by English drummer and singer Phil Collins, which serves as the main theme for Disney's 1999 film Tarzan, and appears four times on the film's soundtrack. "Two Worlds" was the first song that Phil Collins wrote for the film. After writing the piece, he collaborated with score composer Mark Manchina to ensure the musical motifs carried throughout the movie. Manchina emphasised the need for cohesiveness in the score, so "the songs didn't sound like they were recorded two yea...