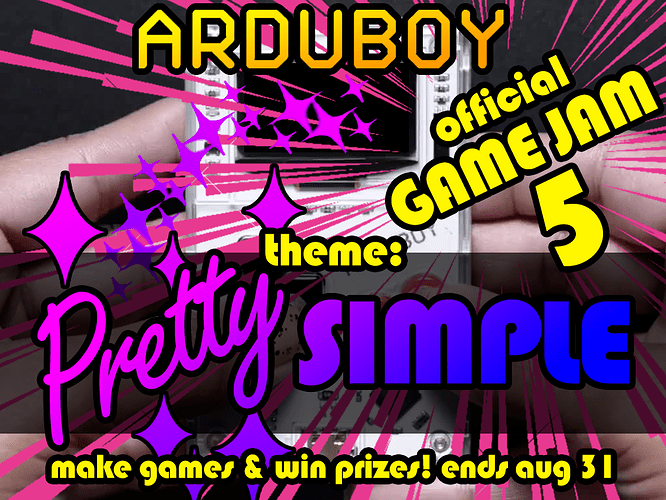 Check out the 18 games made for the jam!

File Size Note: If your game removes functions from the Arduboy that allow it to be reprogrammed or otherwise unrecoverable, it will be disqualified from the jam. The exception is holding down while powering on to enter bootloader.

Open Source Note: All games must be submitted with open source in addition to compiled hex file or it will be disqualified from the Jam.

Voting Starts Wednesday 9/2 and will last for 1 week!

There will only be one category of voting, where users will determine which games are of the highest quality and best fit the topic assigned. The direct results of these votes will be eligible for a prize. The ranking will then be adjusted for code size and particle systems and then rankings will again be eligible for a prize. You cannot win twice, but you can choose the higher of the two rewards you qualify for.

What is a Game Jam

A topic is given at the beginning of the jam, and users are given 1 month to create a game from scratch that matches the topic. At the end of the jam everyone votes on their favorite game and winners are determined.

Can I win a Prize?

Yes you can! If you submit a game and it is voted within the top three then you can win a prize!

How can I join?

Create an Arduboy game and upload it to the Game Jam 5 category. On August 31st all games in the category will be evaluated by the community and voted upon.

Can I work in a group?

Absolutely! Teamwork is encouraged. If you work in a group and win the contest, every member of the team will get the prize too!

Can I use pre-existing work?

No, please use stuff that you are creating for the first time. Exceptions: Of course, use the Arduboy library or other openly available libraries. Re-using small elements of code like menu-systems or similar is allowed, but in general it’s encouraged you try something new you haven’t done before.

Can I participate if I don’t have an Arduboy?

Yes for sure! You can use the online Arduboy emulator to write and test your code as well.

How can I get the word out?

Alright, looks perfect. My game will be: Insane Skeletons.

If anyone figures out what that’s a reference to, I’ll send you a bag.

I hope the skeletons shake off lots of bone dust that floats and swirls around in the air!

Really focus on the simple side of thing, if someone has to ask “what do I do?” you’ve failed the test. Idiot-proof your game, make it so easy to play that it happens by accident…

I think about a game almost where you can’t even do the wrong thing. But each button press really gives a lot of interesting dynamic feedback on the screen.

They have apps for tablets and phones for babies where you touch the screen and interesting shapes and colors come out.

Or there is “jerrys game” from rick and morty where it’s literally just a balloon clicker. Simple concepts like these but with very dynamic and entire-screen changing effects and visuals.

Fruit ninja with lots of full screen effects. A platformer that has lots of sparkle effects.

It’s better if the game is intuitive, that if they press a button they figure it out, but also don’t be afraid to blatantly tell a user what to do. It’s better to have a screen that says “press A” instead of letting them press all the wrong buttons first and getting frustrated. Although, its better still if all of the other buttons do meaningful things, but don’t completely discourage them.

I’ll be turning my son’s favorite song into a simple game. I think a fun part will be learning about belugas and adding a little education into it, but that will be a stretch goal.

Will try to keep the scope down so I can focus on mechanics and graphics.

An example of what not to do:

Serine has been pre-loaded onto Arduboy for the longest amount of time, and it cracks me up but when I give it to people to play a lot of the time people try to collect the fish… not shoot them. Women especially for some reason, and it’s not uncommon for them to argue that since you are a mermaid that you should be friends with the fish. This isn’t an isolated “thing” it’s happened half a dozen times.

So in that game you could fix it a few ways, one way would be easy like “Press A to shoot your harpoon at the fish”. But also Mario is famous for this, allowing people to discover how to play the game without having to have little tutorials.

ALSO: Common, someone write a CFD engine in assembly, that’s what I’m looking for here!

Isn’t that basically just any time I make a comment? :P

@Celinebins’ Rick & Morty game would have won this contest hands down.

people try to collect the fish… not shoot them

Well, to be fair… 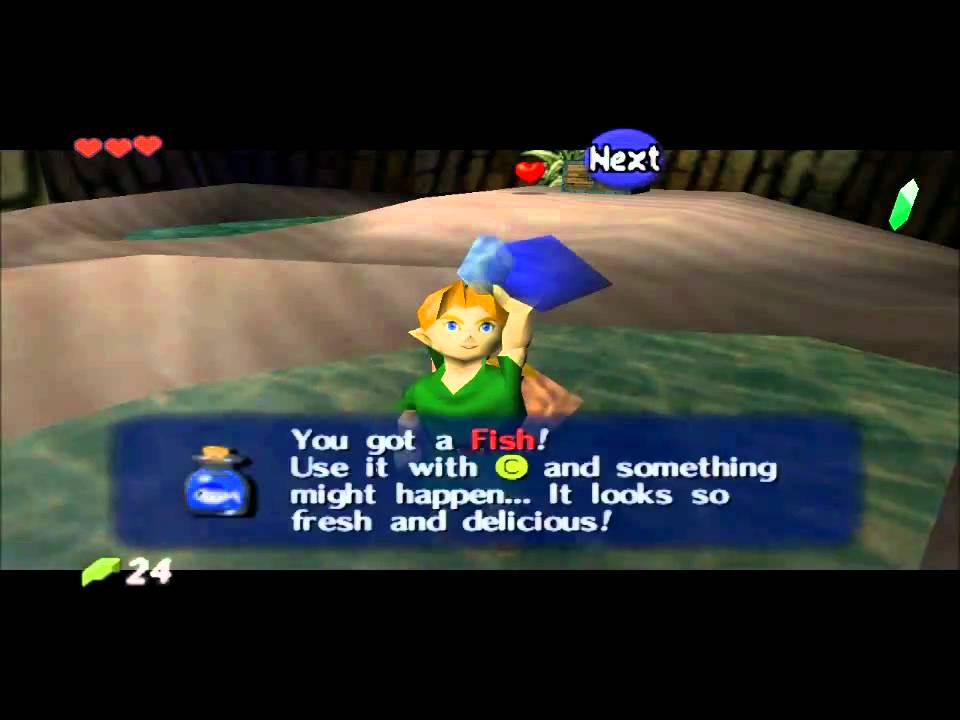 I honestly cannot fault that logic.
I mean honestly, would Aquaman shoot fish?

(My essay on violence in video games can wait for another day. :P)

About Implementing a boiled down version of Agile development and applying it to your games development. What is Agile? A google search here or there will get you the answer to this question, but for this instance the basics is breaking down parts of application development into achievable tasks within a sprint. A sprint is usually a time span of a week to two weeks. Within this sprint you commit to what you believe can be done within that time span. If you get it all done within that sprint yo…

@bateske or mods - Etiquette question for these Game Jam topics:

Do any topics within the Game Jam 5 topic need to be a submission of a game or can it be in relation to this topic?

Reason why I ask is i’d like to start a post about using Agile within this game jam and coaching others who want to apply it. We basically have 2 sprints (or 4 sprints if a sprint is a week.) to complete a game and those who are new to programming could benefit with adding that structure.

The list of moderators can be found here:
https://community.arduboy.com/about
(Of you lose track of it, it’s also accessible via the FAQ.)

(Theoretically you ought to be able to @moderators to get the attention of all moderators, but that’s probably a bit excessive.)

Do any topics within the Game Jam 5 topic need to be a submission of a game or can it be in relation to this topic?

That sort of depends on the content/intent of the topic.
If there’s a more suitable category then it should probably go there.
E.g. if it’s a request for people to team up with then it’s probably better off in the ‘Help Wanted’ category.

In that particular case I’m inclined to say “Help & Information” is probably a better category for that, mainly because it has usefulness beyond the scope of the game jam.

If you specify in the title that it’s “Game Jam 5” related then it will still turn up in the forum search.

Theoretically you ought to be able to @moderators to get the attention of all moderators, but that’s probably a bit excessive.

Nice! Didn’t want to spam mods since I know there are mods watching this post, but bateske recently posting this I figured he might get to my question first.

In that particular case I’m inclined to say “Help & Information” is probably a better category for that, mainly because it has usefulness beyond the scope of the game jam.

Will do. Glad I asked.

Doubt i’ll add “Game Jam 5” to the title, but maybe as a reference to it.

I figured he might get to my question first

You’ll have to get in line, I’m still waiting for clarification on what CFD actually means. :P

but maybe as a reference to it.

You can always edit in circular links when you publish the thread for your actual entry,
that way people find out about both at the same time regardless of which topic they find first.
(And I’m not just suggesting that because I like upsetting webcrawlers. :P)

Posts in the game jam folder should be kept to being the game submissions only. Questions or anything related to the jam that can’t be asked in this thread can go in Meta or whatever other catagory is appropriate with a slug for [Game Jam 5] 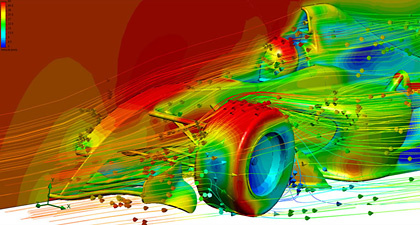 Ah, really trying to push the community and the Arduboy, huh? :P

Though if you were hoping for that, the jam theme should have been “physics” or “3D”.
Who knows, maybe we would have ended up with cloth dynamics or a raytracing 3D renderer that ouputs data over serial.

Note: I did not write this, but is my favorite thing done in javascript.

Nah I’m just kidding because it’s kind of the ultimate particle simulation. Other than the one we are all living in, of course.

It very impressive, but it’s not quite as entertaining as terminal fluid dynamics… 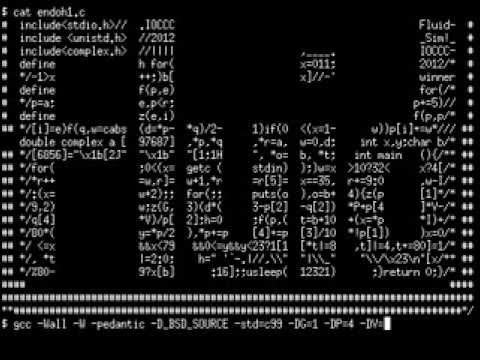 I’m not a big fan of C, but over-the-top uses of terminal ‘graphics’ are always worthy of respect.

Apparently one of the configuration files was inspired by this rather interesting XKCD article discussing what happens if “glass half empty” actually means “glass half vacuum” instead of the usually assumed “glass half air”.