I’ve got tons of flash left in my game but large ram usage has meant my game now needs flashlight mode to reboot?

Is there a better way to handle this now that I know my game will do this?

Is there a way to actually capture the reset from within my game and manually put the magic number for the bootloader so it will go there?

You can put your game into a state that will do the same as flashlight mode.

But there is no way to grab the serial reset or anything?

Or put your game in this mode for a certain amount of time?

No I guess not, this sucks.

Or put your game in this mode for a certain amount of time?

Sure, but if the reset occurs outside that window, the magic number could still end up being clobbered.

I’m not sure about detecting the interrupt. It may be possible but I haven’t looked into it.
You might be able to check if the magic number has been set before starting each frame render and if it has then do:

It may be that the best you can do is add a menu item for “upload mode” that would put the game into the “safe” state above.

Otherwise, you could just document the fact that this game may require flashlight mode. Since it’s more or less unpredictable which games will require it, it’s pretty much an Arduboy fact of life. We should resign to striving to educate everyone about it.

Having to use flashlight mode is really not much different than having to hold Down for games that have the USB code removed.

And if you wanted, you could start shipping Arduboys with a modified bootloader that fixes the problem. You could also offer this bootloader for people to install on existing Arduboys if they have the equipment and skills to do it.

You could reduce your memory consumption,
or reduce the depth of your function calls,
though that’s not always practical.

You could reduce your memory consumption

It’s a good suggestion, but… there are a lot of particles.

Once I post the game you can help me try to squeeze it if you want to laugh at my garbage coding skills. I’m certain there is a lot of room for improvement. I’m actually pretty pleased with how fast this game came together, it only took me 3 days!

Hey @MLXXXp any chance of adding this function to the library as safeMode() or something?

Maybe this should just be rolled in to the nextFrame() function automatically? Almost all sketches will use this and call every frame so it would fix ones that use too much RAM.

Eh, it’s really only necessary if you’ve hit the magic number, and it takes up some flash, so it has a penalty. It also doesn’t work all the time.

On top of it, with the FX it doesn’t matter since you’re always reset to the bootloader.

It’s just nice if it was a documented function instead of a code snippet you have to find here.

UPDATE: I suppose depending on your games proclivity to write the number 30583 into memory, you could accidentally trigger this too.

Can someone explain why using too much RAM causes this situation and what the magic number is all about? I just sort of accepted it as part of developing for Arduboy but like to understand what the issue is

The PC triggers a reset to bootloader by turning off and on the serial port for a certain amount of time (500ms I think).

The bootloader checks memory location 0x0800 for 0x7777 (the magic number) and if it is found, then it triggers the upload, otherwise it just loads the program.

So if you have a game that is using location 0x0800 for something else, and changes the value between the time the interrupt is triggered and the reset actually occurs, then the boot loader does not see the value and it won’t upload.

This should have been at the end of memory space… if you had only 2k of memory. Whoever wrote the catarina bootloader wasn’t paying attention (or had ulterior motives) to the fact you actually have 2.5k of memory so this ends up being like 82% (I think) of memory which is when you get this warning from arduino:

(It didn’t use to give this warning, this is an admission of the problem)

Actually, arduino even called out the Arduboy in a patch to the software, to move the magic number all the way out to the end of memory, but never actually implemented it in the bootloader. This “New Bootloader” that is mentioned in their blog post is vaporware. (Or we were intended to make it on our own, I assumed they meant the most recent one included in the package at the time, so I used that without reading the code) 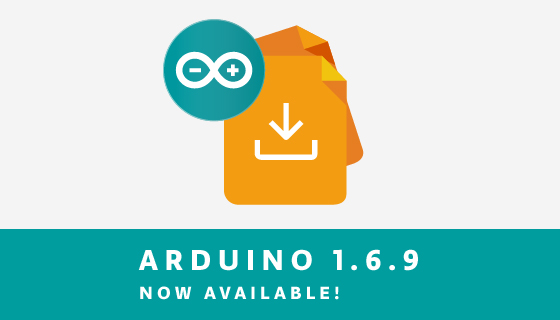 Today, we’re releasing a shiny new version of the Arduino IDE, with the usual plethora of features and bug fixes. The new Yún Shield allows you to upload a sketch over the air on any supported board so, as you can guess, our...

Actually, if this is still valid, we could solve the problem for every game except for those using the very last 4 bytes of ram.

@Mr.Blinky can we do this?

UPDATE: I might be understanding how the new code works now that I read it closer, it using lufa somehow, did they roll back this change?

Am I wrong, or does the update to the latest Arduino IDE mean that units will no longer lose track of their entry point, and will no longer suffer from “bricking”? The AVR core now recognizes if a new bootloader is present and uses a safe RAM location to trigger programming (this is particularly important for large sketches, like the ones produced by our friends at Arduboy) https://blog.arduino.cc/2016/05/10/ide-1-6-9-just-released-with-yun-shield-support-and-more/ I’m posting the source no…

I was busy doing production at the time wasn’t able to fiddle around with code.

Not quite. The bootloader is triggered when DTR is cleared with baudrate configured at 1200 baud. this condition normally happens when you open a com port at 1200 baud and then close it.

Actually it sets the Watchdog timer (WDT) to 120 ms and continues with the program. If the WDT doesn’t get cleared during this time then arduboy resets.

The reason for the 120ms period is prevent accidental resets when a com port is opened as some OS-es may not set DTR instantly and the use of the magic key is to allow using the normal WDT feature.

So during these 120 ms Arduboy gets the chance to corrupt the magic key and when it does the WDT will trigger a reset rather than a bootloader trigger.

The key can be corrupted when there are more than 1792 bytes of ram used or by a large stack caused by using many/large local variables.

@Mr.Blinky can we do this?

No, cause the changes are in the bootloader.

Here’s some alternative code that ensures the magic key remains intact. It tests if the watchdog timer is enabled.

With the FX chip, isn’t the boot loader being reflashed? Is it possible to fix this there? (Sorry if I’m missing something very obvious!..)

Thank you for the detailed description @Mr.Blinky!!

No, cause the changes are in the bootloader.

Yeah my suggestion was to fix this for the FX bootloader, although it’s not really needed because it boots into the bootloader by default.

Is it possible to fix this there?

my suggestion was to fix this for the FX bootloade

Actually I fixed this very early when I started working on my custom bootloader. But recently I removed the magic key check and a WDT reset will always trigger the bootloader menu. The lufa signature is still present so the USB code will store the magic key at end of ram preventing corrupted variables or stack at 0x800 in case of a false positive.

Considering we aren’t a heart monitor or anything!