Looks best on the arduboy IMHO

Love this game, @obono! It is very polished! 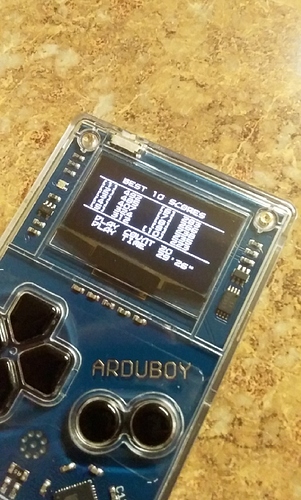 @crait Good job! Though you can get more score.
@bateske Thank you.

This looks great, although it wont compile for me in the Arduino IDE. The error I get is:

It cant be library related because you include your own. I have IDE 1.6.13 and board is set to ‘Arduboy’.
Incidentally i have Arduboy Library 1.1.1 installed also.

@scootmatt My IDE was 1.6.9 so I replaced with latest version but the compiler doesn’t say such error.
How about following code?

This works perfectly now, many thanks.
Its a fun game

@Mortician Sorry, I have no idea to help you.

I do… Where can I find ArduboyAudio.h and ArduboyCore.h ? These do not seem to be available anywhere?

They Are not recognized in my arduino IDE and I have removed an re-installed all AurduBoy related libraries.

Excellent game! Nothing much else to say.

@MLXXXp Thank you for your supplement.
@spinal Thanks! How much point did you get?

I have added this game to my Arduboy Manager repository.

@crait Thank you very much!!

@obono this is a fantastic endless game that’s perfect for picking up during small down time during the day. Thanks for making this, kinda sad it hasn’t gotten as much attention as some of the other games.

Agree! It did rate at #4 for Best Arduboy game though 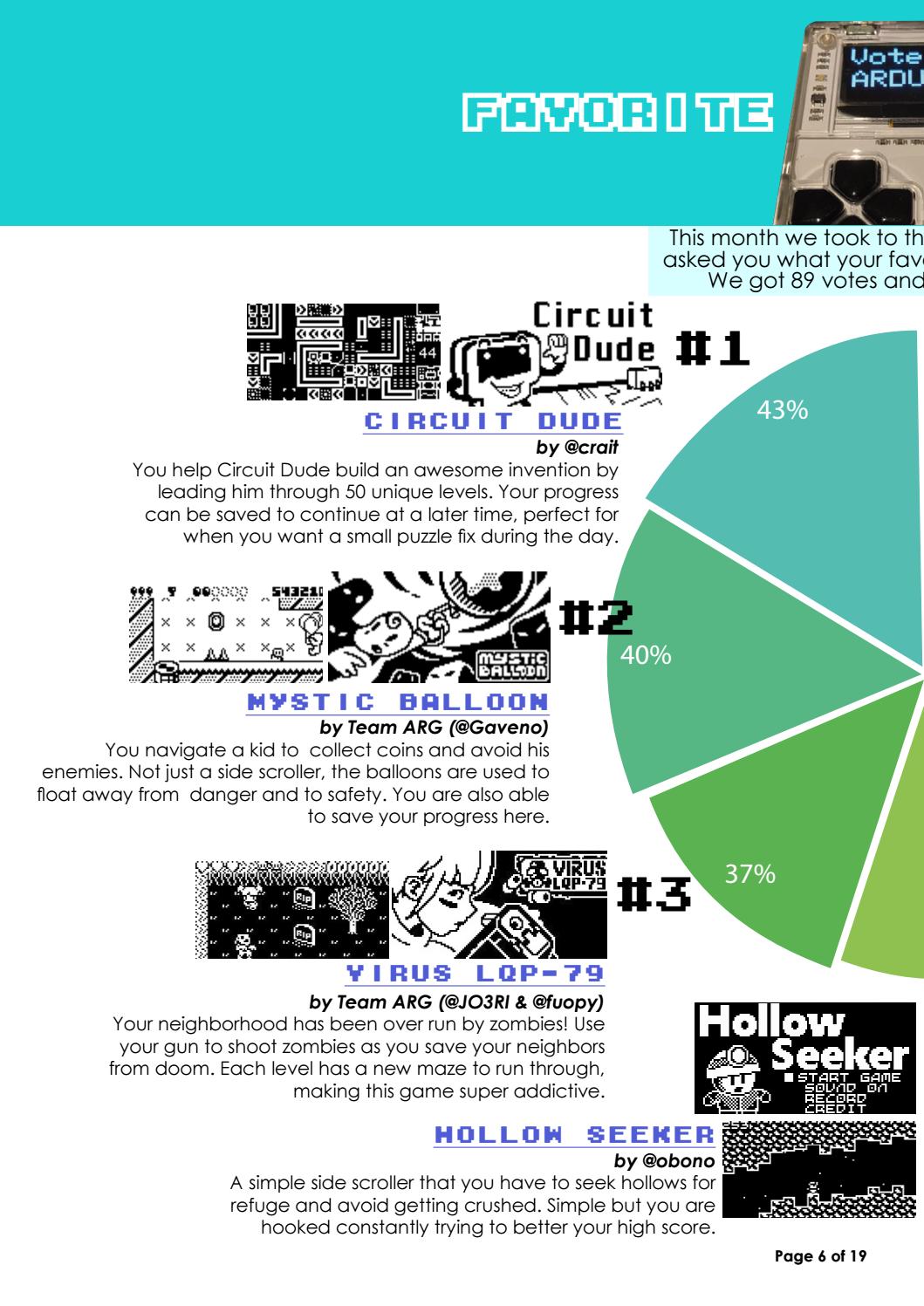 In this issue we do some bit squeezing, have a chat with a developer and you tell us your favourite Arduboy games!

Did you really make a flip phone for this?

This game is fantastic. Really great graphics and game play.
It’s such a simple concept but it is absolutely perfectly developed.
This one is really inspiring – makes me want to write my first game for Arduboy.
I really like this. Thanks so much for sharing.
I want to reiterate how cool this is because it is a simple concept done so well.
Really fantastic!! I hope to see more of your games in the future.
Keep up the great work.