How many people know what Project Falcon is?

Just out of interest, since it’s been several days and hardly anyone seems to have mentioned the elephant in the room,
how many people know what ‘Project Falcon’ is?

I’m a long time lurker here who scrolls through the forum every once in a while looking for my next favorite game.
I was super excited to see the Project Falcon, but it still seems to be in the earlier stages of development. I’d love to see a Kickstarter for it soon or even the Arduboy FX on sale by Christmas.

I saw it officially on Twitter last week, but I had seen mentions of the flash cart around the forums.

I’m still not positive about one thing - will this need to be bought as a pre-modded Arduboy or can we buy just the extended back and flash cart and mod it ourselves on our current device? I’m assuming that would require soldering and other hardware things that a lot of people don’t have experience with. It’s likely not as simple as unscrewing the back, slapping this new thing on and screwing it back together.

I’ve known for a long time that something was going on. Seeing a hidden section made public a few days ago was more of a surprise to me than the content that was posted.
Being an early adopter of both the Cathy bootloader and flash and also owning the hardware for a long time may have killed the wow factor for me though.

I un-hid it as a soft lead into opening up a mailing list page for the campaign.

will this need to be bought as a pre-modded Arduboy or can we buy just the extended back and flash cart and mod it ourselves on our current device? I’m assuming that would require soldering and other hardware things that a lot of people don’t have experience with. It’s likely not as simple as unscrewing the back, slapping this new thing on and screwing it back together.

From what I gather, there would be:

As far as I’m aware it’s simply not possible to avoid soldering if you want to ‘mod’ an existing Arduboy.
Though if you know someone local to you who is able to solder and you trust them enough to solder it for you then that would most likely be a more economical solution.

You might be able to get someone further away to solder it too,
but snail mail and shipping costs might mean that option ends up being a worse deal than simply ordering an Arduboy FX.

Presumably it would be acceptable to inquire about local solderers here on the forum since it’s technically Arduboy related.
(Though any personal details and arrangements should ideally be kept to PMs.)

* See here, here and here for mockups of possibilities.

Interesting, thanks. I was sort of thinking these were the options based on the mentions I’ve come across here and there on the forums.

It will be clear in the signup form. All of this has been pretty fluid trying to decide what the best option is.

I wish there was a way to do the modification without soldering. I thought about maybe using conductive ink. But actually, getting anything other than solder to work would actually be harder to pull off than just learning to solder for the first time.

The good news it would be very easy, so if you wanted to use at as an excuse to buy a soldering iron and some solder, it’s something anyone could tackle as a first project.

I’ll offer pre-modded units but they will be sold at a premium.

I’d also look into trying to find a network of maker spaces in major cities around the world that would be designated places you could take your Arduboy and someone else could help you upgrade.

Actually good time for this:

Can you solder, and by extension would you want to solder a mod chip to your Arduboy?

These are promising results although heavily skewed by the audience. Of those that don’t want to solder, why? Is there anything about the process that I could do to make it easier, better or more fun?

For me it would be the risk of damaging the new chip, original Arduboy or both. After needing to buy the soldering iron, solder, new mod backing and all that it adds up to a decent amount, so the risk of messing up would maybe take away the potential fun part. I have some experience soldering guitar pickups, but who knows if that can even apply to PCBs.

My main issue would just be getting access to a soldering iron.

I can’t really justify buying one at the moment because I’d be effectively buying it for just one job.
Borrowing one isn’t particularly easy either since I don’t know of anyone local who owns one.
I know the local colleges have some, but I can’t just waltz in and ask to borrow one for a few minutes.

If I had access to one then I’m reasonably confident that I wouldn’t mess it up assuming I had relatively good working conditions.

Fortunately I’m one of the lucky ones who was generously given a development kit, so I don’t actually have to make a decision.

It’s super easy to do, I’m not even sure it would be possible to mess it up. Too little or too much solder would be fine, the joint doesn’t even need to be good at all. Unless you literally just stabbed it haphazardly without regard to what you were doing would be the only way things could go wrong.

But not having an iron is something I can understand. That’s why I was thinking maybe I could include a small tube of conductive epoxy or ink or something like that, but that for sure will have problems if people do that on their own.

But what about including a soldering iron and some solder for like, $10? I found one on amazon of $7. 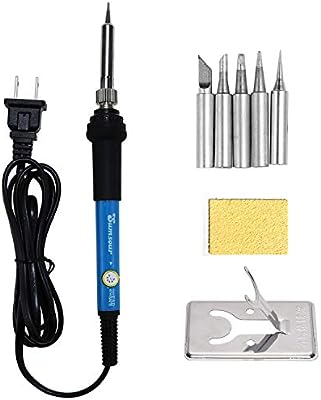 The mod could be $15, and $10 for the iron so it would be $25 for an upgrade kit plus shipping. Then you would have a Soldering iron. Maybe could get it custom branded too actually.

Of those that don’t want to solder, why?

I found the choice “Yes, I can solder, but I don’t want to.” to be a bit ambiguous.
Does it mean?:

But what about including a soldering iron and some solder for like, $10?

I think a soldering iron combo would make more sense if the Arduboy had exposed pins and was more oriented towards being used as a tool for learning electronics like some similar devices are.

Aside from the possibility of shipping restrictions (because it is a ‘heat-producing item’),
you’d also have to consider bundling in an adaptor for the socket.

Or at the very least offering a type C, E or F option…

I can solder and would be comfortable soldering in the mod but I don’t want the mod.

If you assume that being interested in an FX chip is a prerequisite then the option “Yes I can solder, but I don’t want to.” can be taken literally.

If it were not a prerequisite then I would have expected an “I’m not interested in the FX chip” option.

But what about including a soldering iron and some solder for like, $10?

I love this idea, but I can only imagine the potential risks involved if someone was to get it and burn him/herself with the iron. What if they tried to hold you liable?

What if they tried to hold you liable?

Presumably if the soldering iron was simply being resold completely unmodified then it would actually be the original seller/manufacturer who was liable for any damages,
and even then if they’d included all the proper safety information they could probably only be held liable if the product was faulty.

At least that’s how I’d hope the law worked,
whether that resembles reality is something only a lawyer could answer.

I’ve done a few Arduboy mods including the flash one but still chose the I can solder but don’t want to option as apparently touching the battery can kill it, so I’m not 100% comfortable recommending to the masses.

Or at the very least offering a type C, E or F option…

Or just use a USB soldering iron …

Features: This compact, fully functioning USB powered soldering iron is perfect for hobbyists. The small tip makes it perfect for SMD work and other small soldering jobs. Open the iron burger skull, not to the left twist, pull off can be used...

But then you have to use it through your computer.

Or a phone charger, or in your car, or beside the power point that has the embedded USB port …