How to get into electronics repair?

This being a hobbyist forum, I figured this’d be an ok place to ask this.

I want to get into electronics repair, but it seems really daunting to get into. I want to be able to take a couple broken laptops or whatever, take them apart, and make one working one, or something like that. However, I just don’t know how to start. It seems like a big investment to get a soldering station and whatnot if I might not ever use it.

I for sure recommend it!

There are a few options for affordable irons but actually one of my recommendations is to get a quality one to start with. Having a nice soldering iron makes a big difference in the “feel” you get and makes it much more pleasurable to work with. I started to learn using a giant iron used for connecting copper pipes together in plumbing because my dad wouldn’t let me use the “nice ones” lol.

I would probably recommend this, because its cheap and it’s great because it can be portable with a usb-c PD power bank: 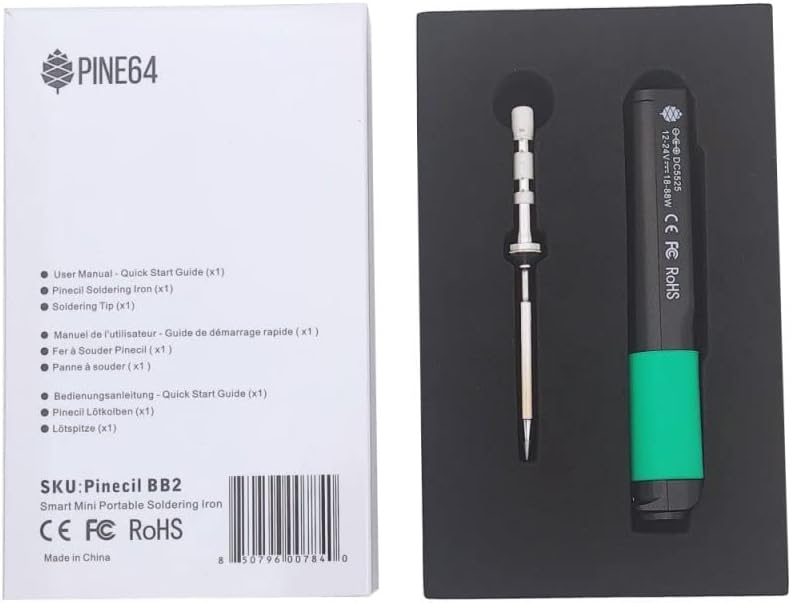 The Pinecil is a smart mini portable soldering iron with a 32 bit RISC V SoC featuring a sleek design, auto standby and it heats up to an operating temperature in just 12 seconds! Adjustable soldering tip temperature which can be set between...

It’s powerful enough to get you started, but if you really get into it and want something more you can get a proper desk unit and keep this for portable work. But it should be noted if you want to do a lot of work with larger wires or big connectors, this will get the job done but it will be annoying… take a long time to heat up. For doing electronics components it’s perfect.

For desktop I’d suggest this: 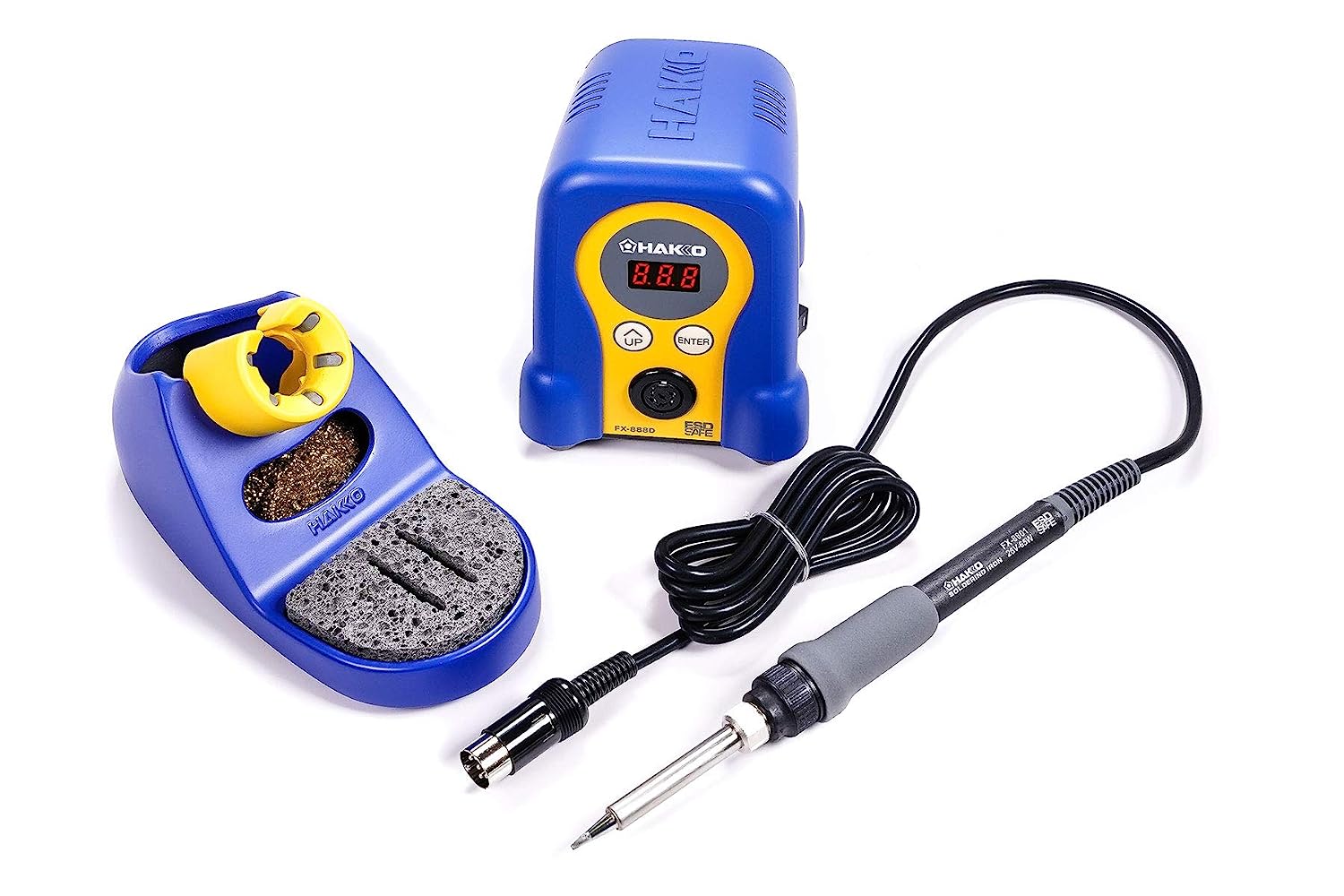 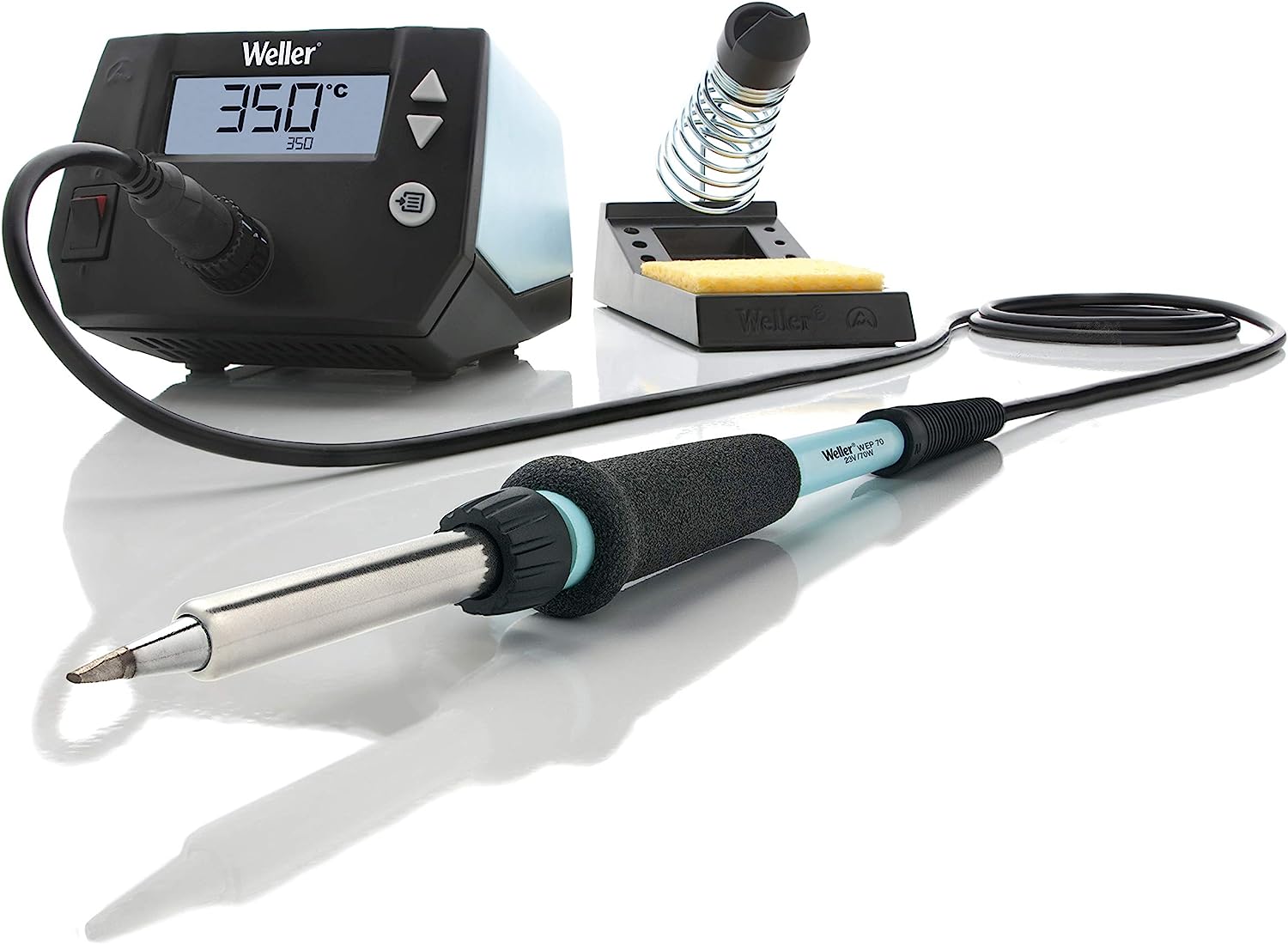 Get it soldered. Weller introduces a new soldering station designed for vocational and professional uses. The Weller station is ready when you adjust switch it on and start soldering.

These are both 70 Watt irons I don’t really recommend much less than that, I’d avoid the 35Watt irons in general. (Just get the pinecil) 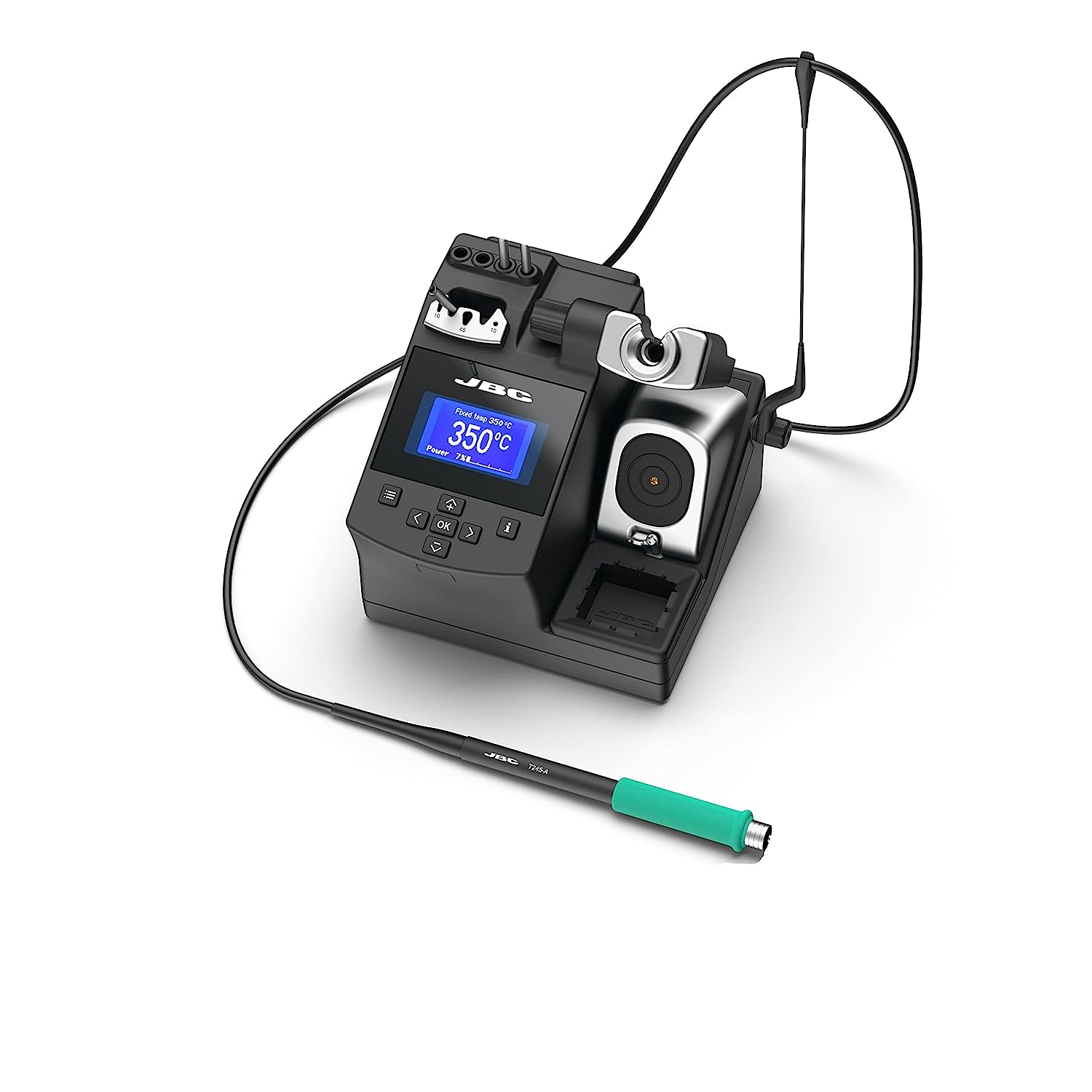 This is my daily driver, I absolutely love it. I was lucky to win it as a prize for a pitch contest, not sure I would have ever spent this much on it myself but it’s an absolute dream to work with. It goes to sleep in the stand and keeps it warm and it heats up in a few seconds when you grab it.

And the ultimate holy grail: 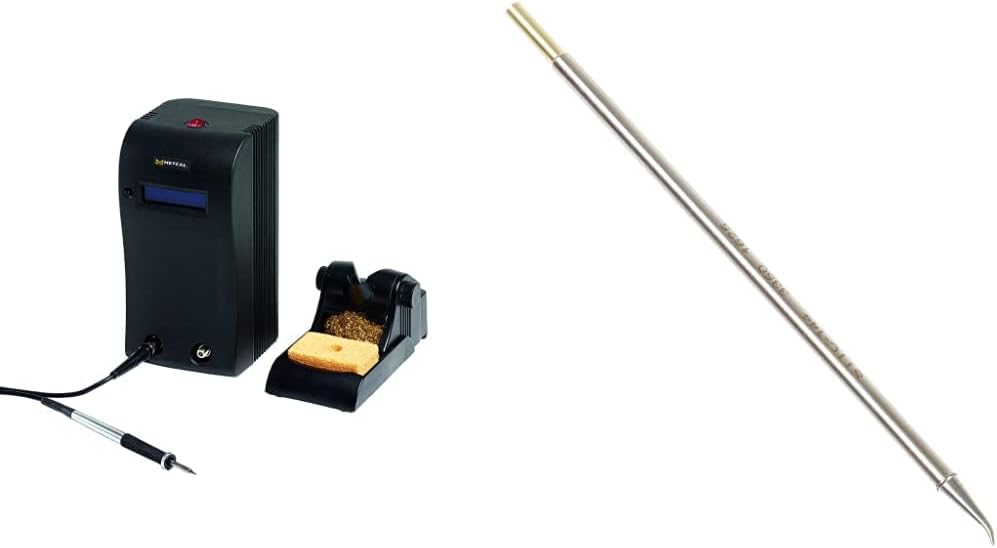 I’ve inherited one of these from my father but haven’t had a chance to try it out yet. These are cool because it uses RF to basically “stir” the molecules into a localized heating so it doesn’t transfer heat as much to other components and is electrically isolated. Fancy stuff, I think RF electronics sometimes need equipment like this to be soldered.

For solder, it might be tempting to get unleaded for health reasons but it’s very frustrating to work with. I recommend getting good quality leaded solder and always washing your hands.

Flux is your friend, you’ll see this in a bunch of tutorials for soldering but the more flux the better. Ideally you want to be doing all of your soldering under a bath of flux so that the joint is formed away from atmosphere. The only reason to use less flux is so you don’t have to clean it up after.

There are a number of “learn to solder” kits out there and my suggestion would be starting with through hole components but move quickly to surface mount because it can seem like a big challenge, but it’s not that hard and it unlocks so much more opportunity.

Actually I’ve been thinking about making a board that not only is a learn to solder kit but also teaches you the basics of using a multimeter and diagnosing circuits.

This is one of my favorite channels to watch for technique on doing troubleshooting and repair: 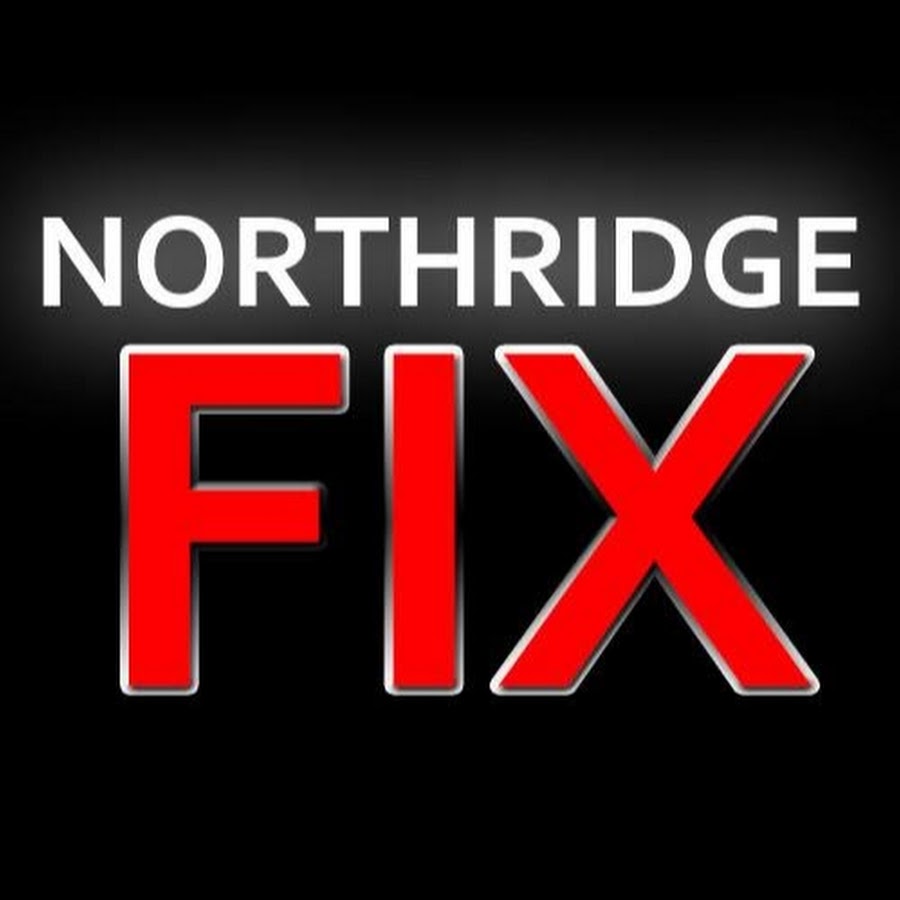 NorthridgeFix is an Electronics repair shop specializing in Computer Phone and Tablet repair on a motherboard level. We work on all electronics makes and models. You can think of the channel as a Diary of A Repair Shop / equipment reviews. We...

I’m such a dork I’ll sometimes watch an episode of this while eating lunch. The guy has a good attitude and makes me laugh his perspective on work and dealing with customers. I don’t know you can learn directly from it, it’s not a tutorial but just being familiar with that work can show you what’s possible.

And of course last but not least see if you can find a maker space or a group of others who are into it as well. Go to a maker faire the next time one is near you. It’s way more fun when you’ve got others to share it with.

Alright, nice! Any advice on general learning electronics and repairing stuff with spare parts from other things?

Not really, I’d have to look them up myself anyways just google around I’m sure there is a lot out there. You’ll want to start with basic circuit understanding, on how voltage and current works.

It’s very worthwhile putting the time to learning just the basic terms because a few hours of education on the topic is honestly… a vast majority of the knowledge you need to move forward. Ohms law is basically like 80% of what I deal with. (The relationship between, voltage, current and resistance)

My best suggestion to start is to watch youtube repair channels with large subscriber bases. I’d say the biggest hurdle more than having pricey tools is having the knowledge to know where to start a repair, how to troubleshoot what the most likely failed parts is from symptoms and finally how to actually use the tools to do the repair itself. This is where those repair videos come in, they can help you get a sense of the intuition, how to check components, and then how to actually replace components that aren’t simple modules that can be plugged/unplugged (many repairs will be at the component level and not the simple module level).

As for tools, when I first started I got by with cheap tools from radioshack and if a specific job required something better/more specialized I considered the investment when I crossed that bridge. As a basic starter pack I’d suggest a cheap soldering iron (~$20), a cheap multimeter (~$10), some leaded 60/40 solder, flux, and antistatic tweezers. All in I think you can get all that pretty easily for under $50.

To start with, repairing a laptop may be quite the steep learning curve unless the problem is simple. I’d start with asking friends/relatives for broken clocks/radios/etc to tinker with. This will allow you to get used to using the tools without requiring you to spend money (plus anything you happen to fix will get you brownie points). Once you are comfortable with small consumer electronics you can move up to more complex devices like laptops.