I did presume that was a possibility

You should always assume the worst with me

Another teaser … @Vampirics has been at it again.

Thanks … I hope it is as good as the original!

I purposely make the game not a copy of the original graphically for some obvious reasons. That’s why we also don’t use the same name.

Some screenshots to jog your memory … 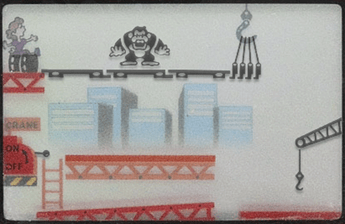 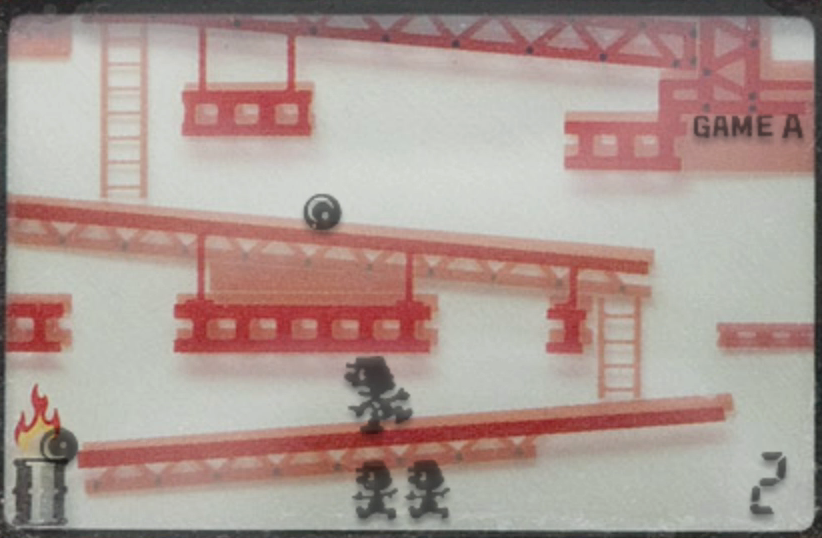 yes, it’s your graphics and they are very good as always, but i think that this time you have make kong having the big head

Is ther a competion with Kong for arduboy?

Not really, but I do like some of his graphics. The player and Kong are pretty good copies of the original. The dithered buildings are nice too!

I might be wrong, but, I never get a game from him… he have plenty of games on his twitter, but I never could get one to try… So, I already have a “winner”, and that @filmote and his team!

I might be wrong, but, I never get a game from him… he have plenty of games on his twitter, but I never could get one to try…

This is pretty much why I can’t take him seriously.
Until he publishes a working game (or even a demo, or just whatever code has been completed) everything else is just hype and empty promises as far as I’m concerned.

@filmote & @Vampirics’s “Kong” might still be a work in progress,
but at least it’s possible to view and compile the unfinished code while development progresses.

I couldn’t agree more with you @Pharap

Ken wrote a few days ago that he was working on a site for his games and i like his graphics too (The videos of his games running on Arduboy can let us see their quality) both are 2 different approach, Ken his programming a remake the more near of the original he can and Vampirics and fillmote have decided to do a program with another title and graphics modified from the original and it’s look great too (even i don’t like Kong face as wrote before and it’s only my opinion maybe i’m the only one who think that) and yes it’s great that they share their code and progress often. We can discuss, see progress, propose some changes, be informed of the problems, asw…

OK, enough talk about that … can I distract you with some more teasers?

As you can see, having an OLED screen rather than the old LCD screen allows us to add more movements!

Well … I think I just failed my graphics test. That was (supposed) to be the spaghetti @pharap requested.

Thank Scott, it is quite playable at the moment but not quite ready for release. I am looking for some sound effects to go into it but are struggling at the moment beyond simple beeps!