Time to break out the soldering iron!

I guess I’m not very good at soldering

Anything obvious? I kind of scorched the lower left corner, which is probably my problem:

It still works fine as an Arduboy, and I have a pre-mod one on order, so its not a big deal, but I’d like to get it working if possible.

I got mine too

I need to teach myself how to solder first, but I look forward to it!

Make sure the flex pcb is as flat against the arduboy pcb as possible where the contacts are. You may have to “squiggle” the iron tip around a bit to ensure the solder connects to the test pads on the arduboy pcb (this was a common problem when installing gamecube modchips as little air bubbles from trapped air between the boards would sometimes prevent a good solder connection even though everything looked alright from the top).

Wow! You are so lucky

Congratulations and after modifying please upload the images

@pmwasson. Another problem cause could ibe how you solder. I explain: the solders seems like bubles but they should be like cones like your third solder. 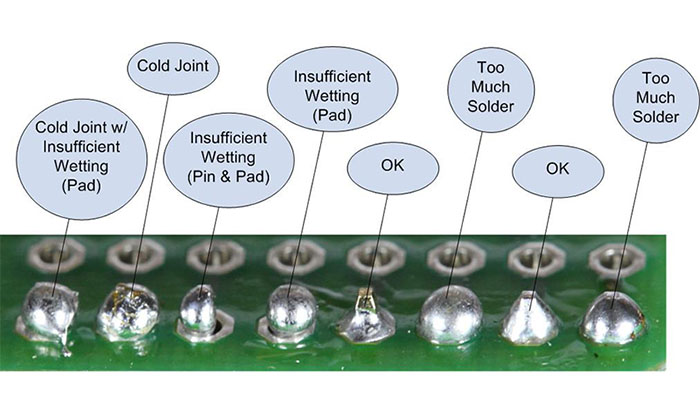 I hope it’s can help you to solve your problem.

Question: Does the Fx chip “Hardware Only” need to be flashed to work? That was my impression. My Fx chip is scheduled to arrive this week.

@pmwasson My guess is that the ground connection is not fully made to the mod chip.

My suggestion would be to give a nice solid press and wiggle to the GND and VCC pads.

Scorching or otherwise overheating the flex PCB shouldn’t matter, you shouldn’t be able to generate enough heat to damage the copper traces, they are plenty thick at 10 mils and have a kneck up to the pad for added strength.

The GND pad is exposed copper directly to the fill layer of the PCB without any thermal reliefs so it actually takes significant thermal energy to get it up to temp in order to bond. You have to spend as much as 3 or 4 times as long on that joint to properly wet it.

So, yeah give the GND and VCC connections a good stir with the soldering iron, making sure to leave it there for a while on the GND.

Generally you know you’ve made a good connection when you see the blob “wick” to the surfaces it’s touching.

@darrell Yes it has to be flashed using the tool, both the attiny and flash memory chip have nothing on them.

@Mr.Blinky any suggestions for stuff to try?

NOTE: I did verify each of these boards as good and able to communicate with the programmer, so you should be able to rule out a problem with the hardware.

Yes it has to be flashed using the tool, both the attiny and flash memory chip have nothing on them.

Looking here on the site for the flash tool, no luck yet. I’m probably just overlooking it (if it was a snake, it would have bitten me?)

It’s not very obvious and I don’t have actual instructions for it yet, but its linked in step 9:

Self updating bootloader for Arduboy FX. Contribute to MrBlinky/Arduboy-FX-mod-chip development by creating an account on GitHub.

Thanks! I couldn’t even find that “Start Fx” page … doh!
I’ll start reading up now. Appreciate all the hard work on this!

Well, the start-fx is only published on the sticker so if you haven’t got it yet you wouldn’t know.

Ah, ha … that totally explains it. As I am usually told, I’m “over-doing it” by not just being patient enough. LOL

Anyways, I haven’t made an official policy on this or anything but if you somehow manage to torch your Arduboy in the process of upgrading it then I can try to offer a big discount on a new Arduboy FX, but it isn’t automatic and would be on a case by case basis, not an actual warranty.

@pmwasson also noted you probably want to rotate the speaker so that the solder joint is not under the FPC.

@Mr.Blinky any suggestions for stuff to try?

You’ve pretty much summed it up already.

In case that doesn’t help. If you have a tin sucker or solderwick try removing the solder and then add some fresh solder again.

Thanks for all the suggestions.

I tried again and now it works! 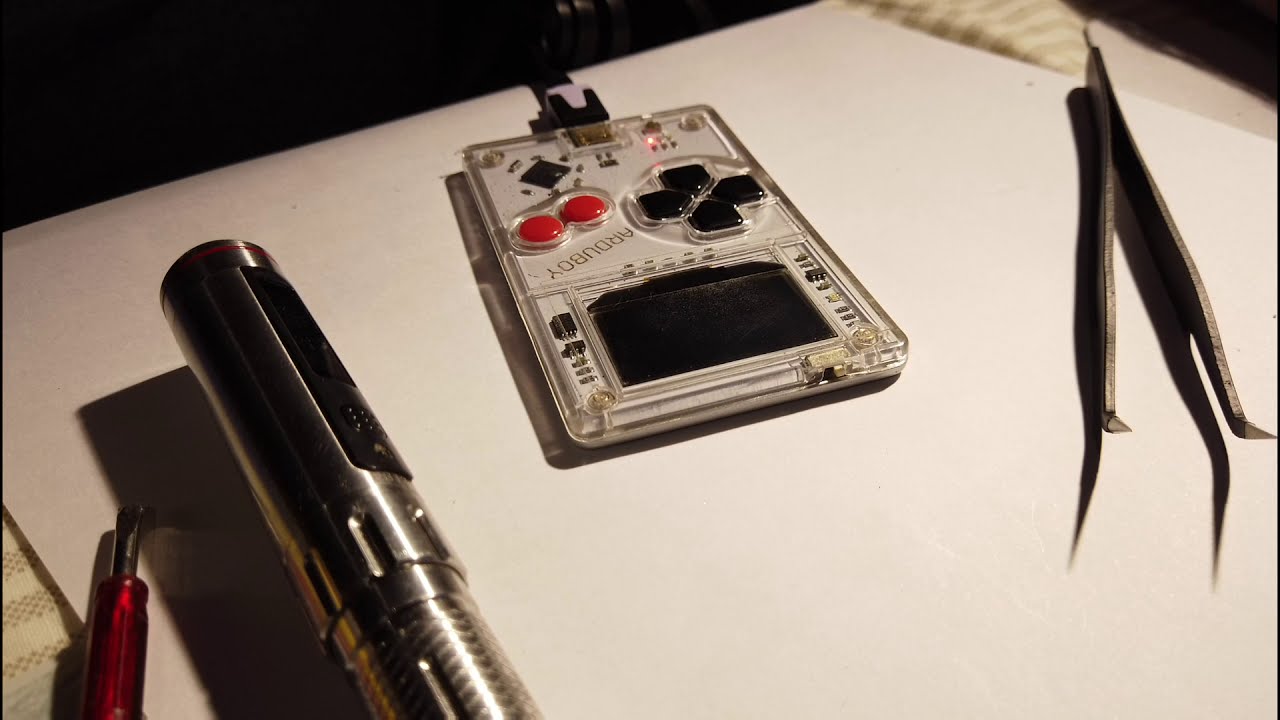 Has anyone made alternative collection images for the fx? I.e. alphabetical sorted with more games and such?

Don’t think so other than test carts me and mr.blinky have made.

We should probably make it it’s own category if this is something people do.

Nice, it would be nice to have gamepacks. About the fx: I noticed that my B button become a little less sensitive on both arduboys with the mod

now I am not sure if it was like this or this is because some flex on the pcb. Is this someone has noticed or it is only me?

Edit: it might be natural wear on the domes