Hi,
I am looking at trying to use the microbit to play Arduboy games with students at school. It’s that time of year when I get some time to experiment for next year. I have found the Micro:Gamer and I am trying to reverse engineer a pcb for kids to design and make in school as part of an electronics project. I have had the chance to start playing with the library for the arduboy to allow it to work on the microbit but have not yet started to map out which pins would be linked to the buttons, piezo speaker or even the screen. Looking at it the micro:gamer is using an I2C screen which I have been using with kids this year to build laser tanks. Anyway I will get back to playing when this meeting I am stuck in has finished. Was just wondering if anyone has worked out the connections for the buttons, speaker and screen? I am looking to develop a project for year 11 using the microbit but then move onto the Arduino with the year 13 adding the memory chip feature to their Arduboy. Also now wondering if it would be possible to add the memory chip to the micro:gamer platform?

Anyway thanks in advance for any advice.

Was just wondering if anyone has worked out the connections for the buttons, speaker and screen?

It may be outdated, but I found this with a quick search: 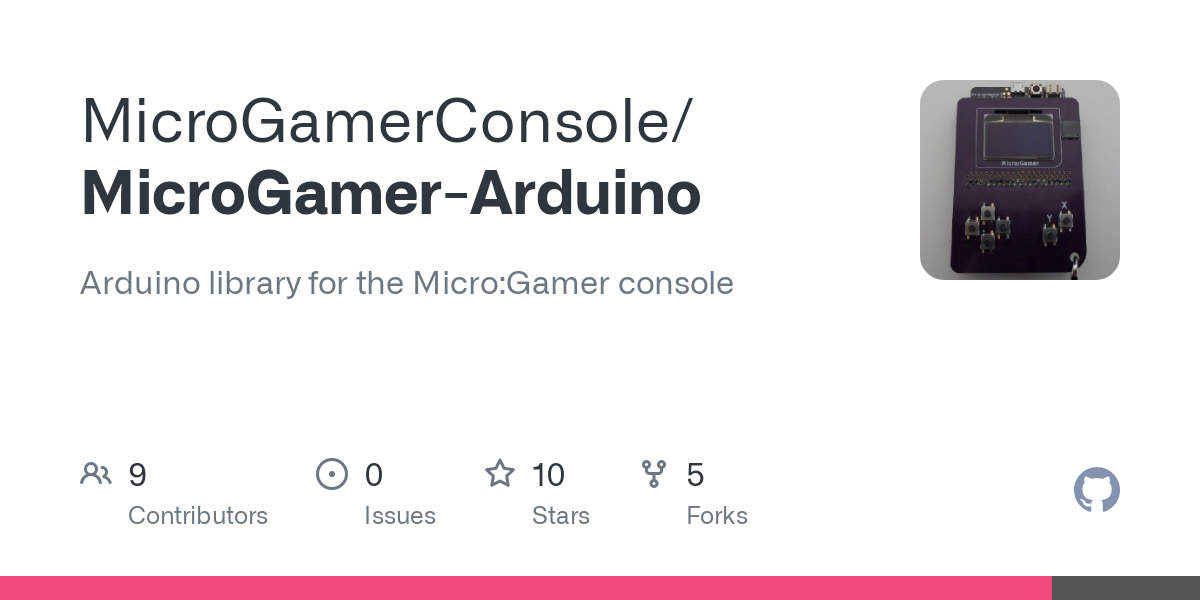 GitHub - MicroGamerConsole/MicroGamer-Arduino: Arduino library for the...

Arduino library for the Micro:Gamer console. Contribute to MicroGamerConsole/MicroGamer-Arduino development by creating an account on GitHub.

Using the hardware details gleaned from that you could adapt the Arduboy2 library.

Also now wondering if it would be possible to add the memory chip to the micro:gamer platform?

Just to clarify, do you mean the FX/flash expansion chip?

Yes about the memory chip.
Been playing, meeting over, I2C connections for the screen are just the standard v1 microbit layout pin 19 and 20.

This is a game changer in terms of teaching electronics in school. If the microbit can be used for kids to design a portable gaming pcb around it opens up a whole load of options. I was going to build a text based adventure type game around the microbit so that I could link in a vibration motor some buttons an a piezo speaker. However, I can still do that but also let the kids download arduboy games as well.

If you are looking to reverse engineer the Micro:Gamer and create a new PCB then why not make it easier for yourself and just use an Arduino Pro Micro? You can have one for a few dollars (quid for you?) and you will not need to convert the library.

I assume the MicroBit is already being used in the school hence your decision to use it as a base.

few dollars (quid for you?)

Really? I didn’t think MicroBits were that common in our area of the world.

Actually, I see you have already had a go with Pro Micros. How did that experiment end up?

Bit of both. If the microbit micro:gamer is simple enough it will allow students to produce a simple text based game will no programming experience using the drag and drop coding of the microbit. Only switches, piezo and screen to connect up. pcb layout to mount the Pro micro along with memory chip provides more challenge and progression for older kids. More options and choices to make.

Or at least that is the way I am thinking at the moment. We could chase down the alley of correct logic shifting with the memory chip, experiment on breadboard and then discover that although really they should use some form of logic voltage shifting, they can actually get away without it. In this way, even if they decide not to use it they still show development, understanding of why it is needed but then chose to simplify the PCB by not using it as it works in their experimental breadboard work. They can then discuss the data sheets and how they are using the memory chip outside of its recommended range…but it still works. Then contrast this with the fact they would be in an interesting position if it were a commercial product and the component failed due to their choices.

I am hoping the microbit will give an easier to layout introduction but the pro micro gives more freedom for circuit / case layout with the extension of the memory chip.

Pro micro’s working great. Third batch of kids doing Arduboy portables this year but with the much larger screens. Hoping to get the FX memory thing sorted this year. Was trying to get the students to develop a kit type project in a case that would allow the user to swap out smaller for larger screen or switch from standard buttons to 4 way switch / joystick style input. Or build multi layer sandwiched boards to make a much smaller portable. Had some success. Still tending to end up with things the size of a brick. Last years were the most successful in making smaller cases. Still a great learning activity.

So I have had a bit of a play and basically with a microbit in an interface socket and an I2C screen you can play Asteroids using pins 1, 13,14,15,16 as inputs. So this is the simplest way to play Arduboy games if you do not want to learn anything about electronics or PCB design

However, each microbit can only hold one game I think and this makes them quite an expensive cartridge to swap out at $35 or whatever the version 2 is going for. I am thinking still of having this as a small y11 project with small screen and low cost moving up to a pro micro version with memory chip for year 13. Not sure what to do with year 12. May stick to the laser tank we have been making this year. Basically laser hits pair of ldrs, screen displays count of hits, 555 timer gives laser 3 second burst, h bridge drives motors.