That would be great, but i think i’d rather have it ported on the Pokitto in color…

Curious… Why Pokitto over META? I have no interest myself in Pokitto. I presume if someone made us nice color graphcis the graphics would at least be portable easily enough for both ports.

Why Pokitto over META? I have no interest myself in Pokitto

Probably because i got a Pokitto and not a Gamebuino META ?

I presume if someone made us nice color graphcis the graphics would at least be portable easily enough for both ports.

Well a straight port is more then possible, it’s more about the added stuff that might be more work.

Well sure. I guess my question was specifically about a COLOR port. Leaving all else alone… just upgrading to 16 color graphics.

Curious… Why Pokitto over META?

Because the Pokitto is half the price of the META.
Also I don’t know what the Arduboy-META user overlap is like,
but there’s a fairly noticable Arduboy-Pokitto user overlap.

Overall the spec is quite similar so it would probably be easy enough to do both to be honest.

Because the Pokitto is half the price of the META.

Didn’t know that. The secretive, closed native of the core system/library drove me off and right into the arms of META, which is/was WAY more open (except they are pretty hush hush about the bootloader - but the rest of the library/software is 100% open). Maybe things have changed in Pokitto land since then, not sure.

The secretive, closed native of the core system/library

I have literally no idea what you’re talking about, the Pokitto Library is open source and has been since before I received my Kickstarter unit.

Take a look for yourself.

At all interested in seeing this ported to Gamebuino META in color?

Would love to see MicroCity on some other devices! I did make a start porting to the Pokitto but I haven’t really had any time to make any progress unfortunately. I don’t have a META so someone else would have to tackle it. It certainly makes sense to make a 16 colour tileset and share between ports though.

The actual technical side of porting should be fairly straightforward as I wrote the code to be as detached as possible from the Arduboy / Arduino code as possible. You could probably get a monochrome port working pretty quickly, especially if the META uses the Arduino libraries.

I do have a Gamebuino classic though so maybe I could make a port for that if anyone still has interest in those?

I have literally no idea what you’re talking about, the Pokitto Library is open source and has been since before I received my Kickstarter unit.

My experience goes back to before the end of the kickstarter. I asked the creator multiple times for access to source and was turned away each time because he was afraid of people stealing the secret sauce for the graphics library or something. Just left me with a bad taste in my mouth since I’d worked on Arduboy core lib for months BEFORE it’s release.

Amazing job. Well done. Good luck for the port on the META Dreamer3, if you success we could profite of this great works. Thanks all for it.

I wouldn’t really say that there would be much that could be used for an RTS style game. I’ve thought about how an RTS game would work on an Arduboy before and the main problems I see are:

I think that these are solvable with some good art and design work.

A while ago I started writing a prototype RTS engine for the Uzebox which has a similar chip to the Arduboy. There is some code here with some pathfinding and AI designed for limited memory / CPU here: 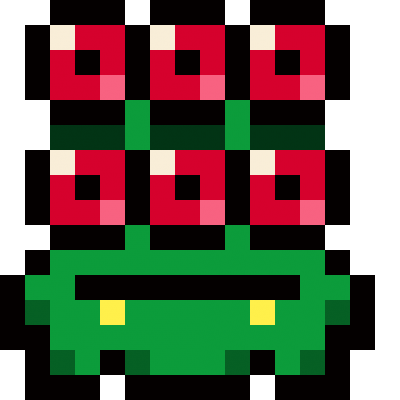 A mini RTS style game. Contribute to jhhoward/MicroRTS development by creating an account on GitHub.

Hello,
There is a game on Gameboy Color “Warlocked”, and its a RTS like warcraft with very nice 2 buttons control and a small screen

Btw great work with microcity, i still w8 for my arduboy but that will be one of the 1st game that i will try on it

I think that it would technically be possible to add some extra buildings as there is some space left for some more tiles. You can see the current tile set here:

There can be up to 15 types of buildings and there are 10 slots currently used (2 are used for rubble after destroying a building). Any new buildings would then need to have some logic written for how they affect the rest of the city, and then balancing would need to be done. e.g. an airport could boost commercial but have a negative effect on nearby residents.

I think it would be really cool if it was ported to the clockworkpi gameshell.

Odd.
This game may not be the biggest hit (as Arduventure or the lode runner)
but it’s the game I would recommend, and in fact the only game I am saying, “I want to pick it up and play it.”
Also, I had uninstalled SimCity for some reason.

Every time I pick up this game I find myself playing through it for 15 minutes or so, but I never get enough time to actually build the city most of the time I’m just interested to see how the code works…

I always max out the city and end up re-installing it later to do the same thing. Very fun. I did it all the time with my Palm M500 Sim City version before this game came out.