Hey that game there! The new awesome 3D Ardugolf. Good choice to impress the kids. 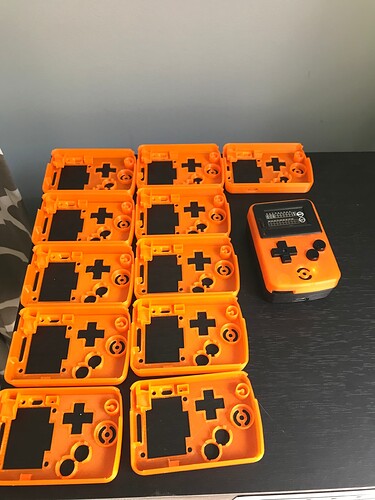 Are they going to code? How so?

It’s my goto game right now. Amazing job so far, and the plans @brow1067 has for it are gonna make it next-next-level.

Are they going to code? How so?

I would love to be able to have them code, but I just don’t have the time with them to get into it in a meaningful way. Perhaps next year, I could run an expanded program, but I only had time for 6-7 1hr sessions with the students to build these before the end of the school year.

I do have a couple of sketches pre-written to test various elements along the way. For instance, I created a button sketch that will log (to the Arduino IDE serial monitor) when each button is pressed and released, and maintain a count. They each ran this on their laptops and played around with the wording of the logged messages a bit, and I did give them a high-level walkthrough of the sketch and basic concepts.

The next lesson builds on that sketch, and has the LED light up different colors (that they can modify for fun) depending which button they press.

Beyond that, once the speaker and volume dial are installed, which is this Thursday, I’ll have them run the PlayTune example sketch (included with the homemade arduboy Arduino IDE plugin) which will play the nice classical arrangement.

Next step will be the addition of the screens, so at that point, I think they should be rewarded with uploading a game to play

This looks brilliant. I’d love to purchase/pull together a kit like this to build with my kids.

A capacitor that is too small will act as a high pass filter and you would lose some volume as the frequency gets lower. You would have to experiment. Somewhere between 1 and 10µF might work. Make sure it’s non-polarised.

I’m looking at these ones on Ali. I believe these are non-polarized. 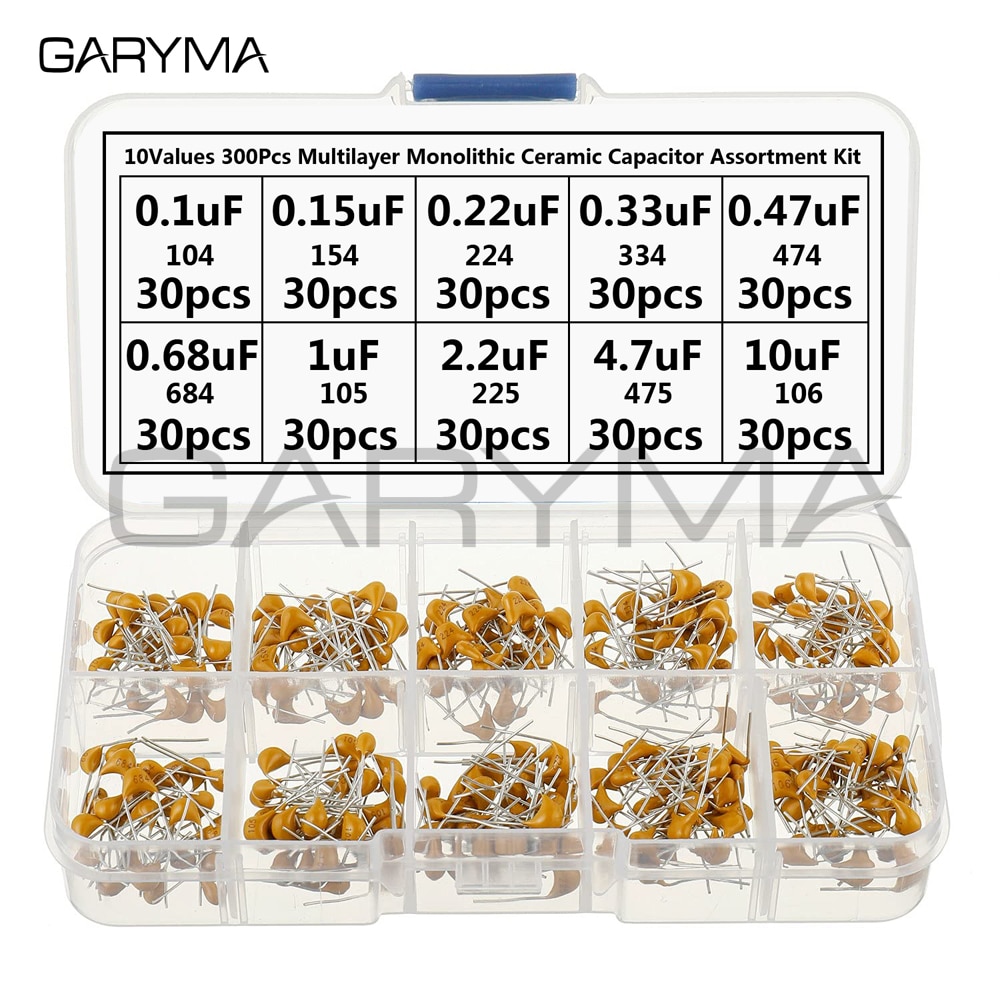 My question is: If I don’t add a capacitor, is the only risk that I may, under certain circumstances, be wasting battery life? I wouldn’t have these here in time for the current round of students I have building these, but I would like to address this issue for future builds if it’s important to do so.

This looks brilliant. I’d love to purchase/pull together a kit like this to build with my kids.

I’ll certainly share everything I have (CAD models, parts list, build instructions, etc) once I’m done with this current round of the STEM program, at which point I’d consider the project to be complete.

If you happen to be in my local area (Greater Toronto Area, Canada), it’s possible that I’d have enough leftover parts to send a kit over to you. You’ve now built 2 of my favorite games – gotta be worth something

I’m looking at these ones on Ali. I believe these are non-polarized.

Yes, those are non-polarized. The only concern is that the maximum working voltage isn’t specified. The capacitor should be rated at least 10V, since that is the voltage that it would see if the speaker pins are toggled complimentary to each other, to generate a high volume tone, with the circuit running at 5V.

I suspect that those capacitors will be rated 16V or higher and, if so, will be fine.

If I don’t add a capacitor, is the only risk that I may, under certain circumstances, be wasting battery life?

Yes, that would be the only risk.

If one speaker pin is set and remains high while the other remains low, with the circuit running at 5V (such as when the Pro Micro is powered via USB), you would have 5V DC across the speaker circuit. Assuming you’ve added a 100 ohm current limiting resistor but with the volume pot set to highest volume (0 ohms), there would be about 35 mA running through the speaker circuit. This would “waste” about 176 mW of power.

As far as I know, all the Arduboy sound libraries leave both pins low when idle, so shouldn’t cause the problem, but there’s no guarantee that this wouldn’t occur during development of new code.

Brilliant. Thank you. I did add the 100R resistors for the current student builds since I had them on-hand.

I appreciate you chiming in to steer me in the right direction.

Hi again continuously impressed by this. I really like the orange by the way!

So here’s the current state of the students builds: 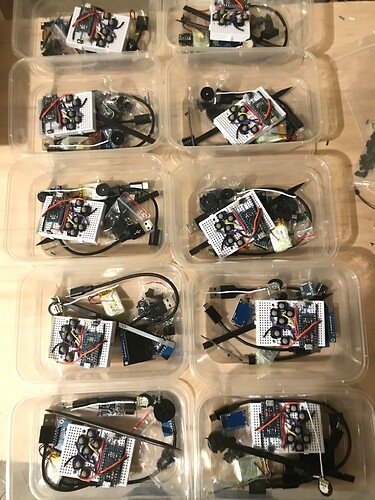 A small video of the Lesson 2 sketch for the students to test their setups up to this point. Ignore my rambling- I was pretty tired when I recorded this 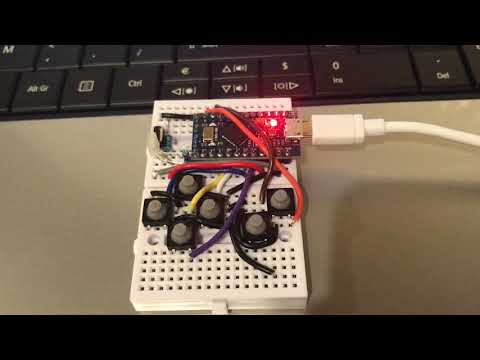 It goes down to almost fully muted, and I use it a lot more often than I thought I would.

I also use volume in some of my builds and it goes totally muted. But with all this conversation about current draw now I am concerned. Is that circuit ok? 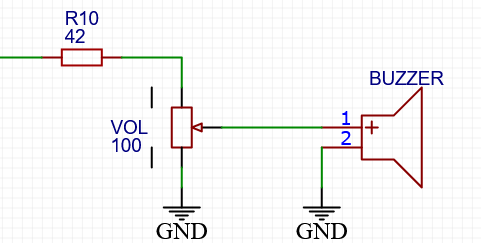 The max volume sounds quite loud and the min is fully muted.
When muted the current through the pot would be 5V/142 = 35mA just for not making any sound! Maybe I should use 200 o 500 pots.

Ok I found a 500 potentiometer lying around and it sounds ok at max setting and muted at min. But the volume decrease is too abrupt.

Is it good practice? Should I have a capacitor instead of the 42ohms maybe?

It’s probably a linear pot which would sound non-linear in it’s range to the human ear. You can actually bodge a linear pot into a pseudo piecewise logarithmic one by putting an appropriately sized resistor in parallel with the pot. You can google for the calculated parallel resistor value.

@jaguile6 Mine has a fairly abrupt drop off as well. I figured there would be a way to fine tune this (along the lines of what @sjm4306 mentions above), but I haven’t had time to dive into a solution yet, and I’m very constrained for space in this design.

I’ve attached a video showing that it takes me about 3 thumb slides over the volume dial to cover the pot range, but the bottom third of the range makes almost no perceptible volume change. 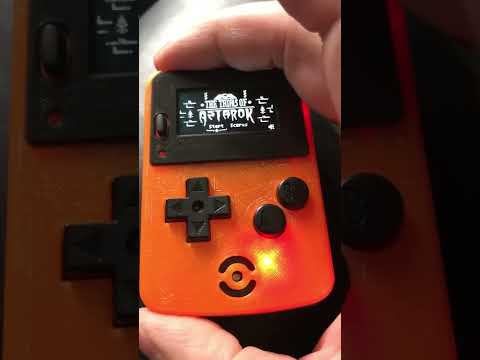 I have enough adjustability for my needs though, and it sounds much louder in the video in the quietest position with the phone so close to it than it does to my ears in actual use.

If you can find a log pot same dimensions best to go sometimes listed as audio pot.