Hi everyone! I made my first game!

TeenyTank is multiplayer physics-based game where the ‘aim’ (haha, get it???) is to blow-up your opponent. 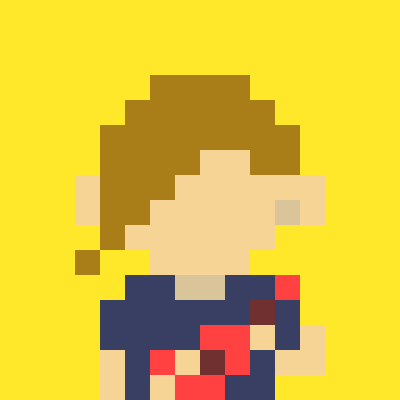 A fun little multiplayer game for the Arduboy. Contribute to Jezzamonn/TeenyTank development by creating an account on GitHub.

Just a short little vine that goes over the basic gist of the game. Tanks can actually survive a few hits, so this is after they’ve taken some damage.

The controls are fairly simple:

It’s pretty simple, it only took me about an hour to get the basic mechanics going, so the code shouldn’t be too hard to understand.

The next thing this needs is a title screen! Then maybe I’ll look into adjusting the number of players, and perhaps adding some basic AI?

The terrain looks pretty neato. I used to play a ton out of Scorched Earth, so thanks for this addition. It was a fun game because you could have a bunch of people play a match on one computer. You reminded me of another post when you said you were thinking about working on multiplayer.

This is so awesome, when I get some time (lol) I want to sit down and add some mods to this! I have a few ideas!

Maybe you could make other kinds of weapons? Power ups?
Could have more than just 2 players, using zoom graphics maybe? Or scrolling?
Custom maps (or control variables)?

Adding clouds would be fun too

Looks cool! Would be awesome to turn this into a Worms like game

Hey I was trying to install this (Ks Arduboy, 1.0) and I get this error:

Weee I edited your post and used the code block fences for markdown.

This looks like you have multiple source files installed, or the software needs a ifndef fence. If anyone has played this on the 1.0 let us know! It was probably programmed for the devkit and may need some tweaking.

When the error is about a redefinition it is letting us know that it has encountered a line where arduboy has been define before. It’s telling you this is the second time it has been defined in the source, and it’s not happy.

I usually try to port these first to Codebender, I will work on this one. Actually I think maybe I did a bit, because I really loved/love scorched earth. It needed some work into it if I recall though, so I probably went for lower hanging fruit.

I was going to do the @TEAMarg games next, but I think this one just got up to the first of the list!

I can confirm that I developed this on the dev kit, and haven’t tested it on the version 1.0 Arduboy with the latest library yet

If you manage to fix it, send me a pull request on GitHub!

I got it to work. When I opened TeenyTank.ino it opened a tab for MicroTanks as well, which is why I assume I saw the “redefinition” error.

Anyone figure out how to change the size of the explosion?

Tried playing around with the code but am a total neb, I only managed to increase the lives to 5 instead of 3 but with the current size of the explosion radius there is always minimal movement of the tank when hit so basically the games most of the time amount to “who can get the first hit wins” because 9/10 times there is little to no adjustment needed for the following shots to hit which makes the game a little less interesting. If we cant have a bounce added to the tanks after a hit, then a more dramatic terrain effect would at the very least cause more player movement.

@TimOnGaming Ah, my bad, I thought I deleted MicroTanks.ino, but I didn’t sync it with github properly.

One way I thought of to make it more interesting is to include wind that changes, so that you have to update your aim each time. Only problem is I’m not sure how to convey that on the screen.

One easy way would be text on the top like WND, an arrow showing the direction and a number indicating the strength.

This is easily one of my favorite games on the system so far.

Thanks for the response! I’ll play around with those settings. The wind would be an awesome way to make it interesting. Ive seen 2 very simple yet efficient ways to cenvey wind and direction. I dont know if you have ever played golf video games, specially the older ones, the would represent the wind by adding a very basic arrow pointing towards the wind direction and would render it either longer or shorter depending on the strength. I could easisly imagine you addind a second, centered line under the power line pointing at either direction from the center and extending towards either direction of the screen depending on the strenght. I have also seen a game on the app store where the whole point is to swipe and throw a paper ball into a trash can, wind direction and strength play a huge role and they simply display this by having a very basic arrow and showing a numeric value between 0.0 and 6.0 to display strength and this has also been very effective. Might i also suggest that it would be awesome if you could dispaly the degree of of the angle position while aiming and maybe the % of power. Its easy for me to ask all of this while i really know little to nothing of the actual coding process.

Got the ROM file?