The print on the pcb is ARDUBOY where “A” and “B” are above the corresponding buttons by intention.

This is still obscure for many users.

That is awesome! I had no idea

7 posts were split to a new topic: Please add wireless to Arduboy

i was actually thinking about this today. i know its being called “arduboy zero” for the next version of this, but… isn’t that a mouthful? since its using an arm processor, couldn’t it be called the “armboy?”
honestly arduino is so popular as a name, i dont think people would even balk at it being called “ardboy.” In fact, it would allow the A and the B to line up parallel.

i know its being called “arduboy zero” for the next version

No one has said it will be called the Arduboy Zero. It’s just what I called my project. No one has even said there will be a next version. I don’t officially work for the Arduboy organisation.

@inajob has already executed this on his own hardware! http://community.arduboy.com/t/arduboy-meets-gamebuino/967 Here is a picture of it on twitter. We met at tokyo maker faire, and watching games get flashed via the SD card was slow… but AWESOME!

but your project seems much more promising. Mainly because more tests and stats and longer thread.
rather than post there I posted here… I reread your reply a couple times, its possible that I perhaps irritated you. I’m sorry. the use of multiple “no ones” “just” “even” and “don’t officially” reveals a heavy defense.

either way I think your design is the best

There is probably a new version coming out called the Arduboy Zero based on the work @MLXXXp has done as a community member of this site. Which is just one hefty contribution of many.

What kinda audio out? Like a DAC or something?

The discussion for audio out is here:

It is time. I’ve started working on eagle (I swore I would use kicad but…) again on the developer kit for the future. But my electrical engineering skills are lacking especially when it comes to analog. I want to use the SAMD21 for the basis of the new hardware, but I’m having some trouble trying to decide how to handle the audio. The setup should have both input and output. Here is a list of options I’ve thought about: Connecting the ADC and DAC pins directly to the mic and speaker. (Basica…

And it’s possibly made me more confused than I started. There is a really nice integrated chip with headphone amp, microphone amp and even pin detection for different head phone types and supports the remote buttons as well. I’d love to use that but it’s kind of expensive and it’s a BGA part so doing the layout is a nightmare. I’m kind of feeling it though. Although really all we need is an op-amp and a few passives. But then how to switch to the speaker? Need to have a headphone detect circuit. The speaker will need it’s own amp also. I have no idea what I’m doing with audio circuits!

But then how to switch to the speaker?

many headphone connectors have mechanical switches that break contact when a plug is inserted. a speaker or opamp could be connected to those (break) contacts

So the problem is an opamp or just the circuit in general why not just a pass through resistor? It would have to be a pretty high value though

I’ve backed a new Kickstarter campaign for the Tachyon board by Rabid Prototypes. When I get it, I’ll try to find the time to use it in place of the SparkFun SAMD21 Mini Breakout in my Arduboy-Z prototype.

The Tachyon uses a Microchip Technology (formerly Atmel) SAMD51 processor, which has an ARM Cortex-M4F core. In addition to a faster clock speed and more RAM, there are various additional features that would probably be useful for a next generation Arduboy, such as integer divide, a Floating Point Unit (FPU) and a True Random Number Generator (TRNG).

Thanks for sharing the info. A 120MHz Arduino will be handy for some projects. I also backed the project.

An author implies something, the reader infers something.

Although if you openly state it, you’re no longer implying, you’re explictly stating, in which case “i.e.” is more appropriate.

And someone stole one of your Rs. 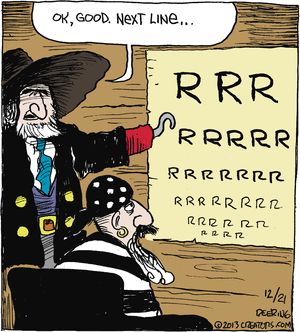 I was inferring the other gentleman.

Here are the pin mappings that I used: