There is a new falling block game in town.

+1 point: Height of each Block stacked
+20 points: Each completed row of Blocks

Failure Mode: Allowing Blocks to stack completely to the top

This is my first complete Arduboy game I’ve ever made and it was an absolute blast. Thank you so much for the help from @MLXXXp @Pharap and @filmote for getting this up and running. I wasn’t originally going to make a game for this but I was playing “Tetris for idiots” game that comes with Raspberry pi (lawyers??? ugh… anyways…) and couldn’t stop laughing. Hopefully you get some laughter out of this too! Enjoy!

The source code is available here: 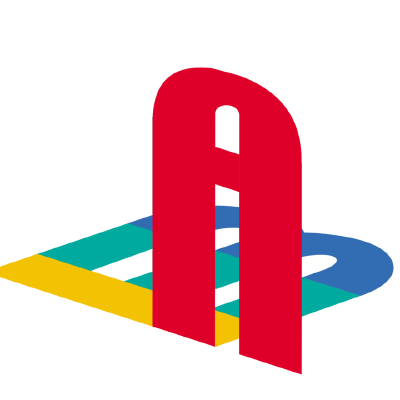 There is a new falling block game in town. For the Arduboy Game Jam #5 - bateske/NewBlocksOnTheKid

As I have enough Arduboys and other prizes already, you beautiful people can vote for my game but it doesn’t effect the prize ranking. (i.e. if for some reason you kind people ranked my game 3rd, then actually the person who is 4th steps up and so-on down the line)

Before anyone asks, there is no EEPROM implementation for saving high scores because I didn’t want to wear it down for such a silly game. It’s something you can easily add on your own, but I don’t really want to.

My thought would be to save it when you hold the up button when you are dead.

I did implement something to catch resets because I was corrupting the magic number. Usually this means you need to use flashlight mode to re-program the Arduboy.

This isn’t fool-proof, it doesn’t work all of the time, but it does work most of the time, but if you still have flash space available this little snippet can make your game easier to reprogram, although, it is less important with the advent of the FX bootloader…

I got the RAM down to 71%.
All it took was some fixed points and getting rid of boundL and boundR.
(Though you could also get rid of buffer if you used the FlashStringHelper trick to print the words directly rather than copying them to an intermediary buffer.)

Did you fork it or make a pull request?

How can you get rid of the bounds?

Be sure to double check I didn’t break anything. My eyes aren’t what they used to be.

Love the name of this game haha.
Was only hoping you could drop the blocks on a certain 80’s boyband

Or hit some if their “hits”.

Edit: love the game too (

I’ll ask the same question I always do:
Why are you using boot() instead of begin()?

The intent of boot() is to provide a way to save program memory if you need more to squeeze your game in. Your game uses only around half the available program memory, so that’s not a valid reason.

If it’s to suppress the boot logo, so the game starts faster, there are two prescribed ways that allow the user to do this if they want to:

And note that you haven’t called arduboy.systemButtons() in setup(), for audio mute control (which using begin() would have). Since your game itself doesn’t provide any way of turning sound on and off, you haven’t given the user any way to mute or enable the sounds that your game generates.

Won’t lie, it is pretty

Now it just needs to be a game, right now you really have to want to fail to actually fail.

I get the idea but it feels almost more like a fidjet spinner than a game ( i do get that it might be intentional ). Just my honest opinion.

I just feel that its too bad all that awesome work doesnt end up in a more gamey form.

I love it, just wish it was something more i guess.

If it’s to suppress the boot logo, so the game starts faster, there are two prescribed ways that allow the user to do this they want to:

I can’t even put into words how much I hate the boot logo and these other solutions.

Excellent observations, I care about none of them.

UPDATE: comma operator has no effect, I do care about this I was trying to do something like
a_button, b_button = 0; but I found out it doesn’t work I thought I removed instances of it.

Now it just needs to be a game

It is a game, a very, very easy game. Maybe you missed the point of the game jam theme?

I love it, just wish it was something more i guess.

My biggest lament while working on this is that we didn’t make the Tetris MicroCard look this good.

I was strongly influenced by Tetris Effect when making this.

I should really probably say Thank you to the kind words people have said about the game!

The gameplay is intentionally “silly”. Basically, as I see it the actual “gameplay” is that you mash buttons until a row gets too close for comfort from the top, maybe 7 or 8 rows. Then you have to slow down and clear some lines, then you can get back to mashing. Sometimes though even when you get to 8 rows, it randomly drops on that one, then you have 9, then you are really in trouble!

When you play on the hardware, it has sound, and the pitch of the tone increases each block you stack so you also get audio feedback you are getting close to the top, and is another cue that you need to slow down and clear things out.

It’s also supposed to give you a moment to think about the meaning of life. In some ways I think Tetris is a great model for getting things done in life and how you go about working on problems. This game is like that too, but more simple. Sometimes you just gotta smash those buttons and work real hard and trust that everything will be fine, but you also have to pay attention and slow down even if the task at hand is very simple. But even when you are doing that, you wonder, “do the choices I am making even matter?”. And in this game, yeah, a little bit, but not as much as you might like.

It is a game, a very, very easy game. Maybe you missed the point of the game jam theme?

I see the point, i just find it too bad that something this good is left like that as i see the potential.

Basically, as I see it the actual “gameplay” is that you mash buttons until a row gets too close for comfort from the top, maybe 7 or 8 rows.

For this game, I could see 2 ways of doing this kind of thing:

And of course, like Tetris, you could gradually, or in steps, increase the speed that the blocks fall, either by time, by points or by the number of rows cleared, so the game can’t go on forever.

It’s a pretty looking little silly game. I just press the drop button and see how high of a score I can get without using left or right

You could add a ‘hard’ mode by adding a grey block and only clear lines of the same color. But then it may become pretty hard

The points are designed to encourage line clearing under all circumstances. The reason they give you more points when you stack them is to theoretically encourage stacking the blocks higher on each other.

But really, if you mash the buttons you can often get high scores of 1200 pretty quickly, but even “score driven” meticulous play of clearing each line you probably would only get a few hundred points.

That’s kind of part of the life lesson. “Why am I doing any of this”