I agree! I was expecting a little more in terms of difficulty, but looks great!

I mean it’s part of the theme!

And my mom loved playing this game!

Simple - Extremely intuitive gameplay and feedback loops. Think about a game that a child might play, maybe even as young as 3 years old. Or a game that your mom might pick up and right away start having fun with it.

Think about a game that a child might play, maybe even as young as 3 years old.

That doesn’t mean it can’t get harder as the game progresses, so that it becomes a challenge for better players.

That doesn’t mean it can’t

It also doesn’t not mean it can’t

Actually, I do have a couple programming question for @pharap and @MLXXXp or anyone else

In the particles.h file I’m using this-> with all the variables, but is this necessary? I’m asking because it was just there in the example that @filmote gave me but I just kept using it. But also during development a few times I forgot to add it and it seemed to work just fine.

Furthermore, is it possible and if it is how would I code it so that I can treat particles[] like this:

instead of what I’m doing now:

In the particles.h file I’m using this-> with all the variables, but is this necessary?

this-> is usually not necessary. The class can usually determine that something belongs to it. The Arduboy2 library only has this-> in one function, and that’s only because I didn’t write it and haven’t bothered to remove them. (Maybe I’ll do it for the upcoming release).

Just make x, etc., public instead of private (move them to be under a public: declaration).

Edit: I just removed every occurrence of this-> in particle.h. The code compiled and the resulting .hex file was identical to the original.

Even without making Particle::x public, you could simplify the above to:

Well, sure, but I’m just keeping track of variables so there is no reason to use functions. in almost all cases.

This guy gets it: 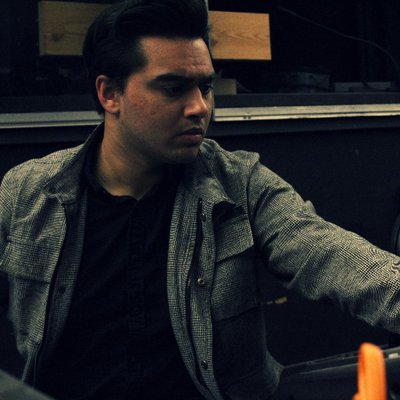 @bateskecom Even though this is incredibly simple, it's so amazing and addicting because of those super satisfying animations!

ALSO: I had actually thought of preloading an array of part drops that would look random but would guarantee that you never actually lose the game if all you did was press down or did nothing. So, you could only actually lose if you pressed right or left.

this-> is usually not necessary. The class can usually determine that something belongs to it.

True but using this-> is a good habit to get into as it makes it clear to the user that we are referring to a member variable rather than a local one.

Obviously, in the sample below it is necessary:

Of course this is a super trivial example and you could rename the parameter from x to something else, such a newX or even val.

The Arduboy2 library only has this-> in one function, and that’s only because I didn’t write it and haven’t bothered to remove them. (Maybe I’ll do it for the upcoming release).

That’s akin to removing comments in my book. I find the use of this-> makes the code more readable.

[Sits back and waits for reaction …]

6 posts were split to a new topic: Is using this-> and typing code extra work?

There have been quite a few comments about how good this game looks, and I agree.

I’d like to point out to those who didn’t realise it or didn’t think about it; this game uses only the basic pixel, line, rectangle and text drawing functions of the Arduboy2 library. No sprites or other fancy stuff.

It shows what can be done using just simple shapes!

That was kind of the intention of the code size part of the jam, although I didn’t do much else to attempt a small flash footprint.

Yes, competition was hard for this jam…