Glad you got it working. Do you need to press reset every time you upload a sketch? That’s not normal for a ‘real’ arduboy but maybe it is for this clone. Anyhow, are you going to learn to program it? My son and I are half-way through a frogger game together.

Do you need to press reset every time you upload a sketch? That’s not normal for a ‘real’ arduboy but maybe it is for this clone.

It’s not normal for a clone either, as long as it uses the standard Arduino Leonardo bootloader, which this one does.

No, I wouldn’t have thought so.

Here is a photo of the back of our device

This board has only surface pads for the ICSP connections. It doesn’t match the board in the main photos on the Jaycar web site, which has a through-hole ICSP header, thus could be a different revision.

@Villager_guy135, where is the GAME LED located? Is it between the KEY and POW LEDs or to the right of the TXD LED? If it’s between KEY and POW then it’s probably the same board as the GAMEPI that I received.

It’s hard to tell for sure from behind the back plate but it looks like C1 (below the reset switch), which causes the bootloader to be entered on power up, hasn’t been installed. (I’ve removed it on mine as others have.)

EDIT: It doesn’t make much difference but I just noticed that the processor is in a TQFP package, instead of the QFN package that was being used for the GAMEPI.

@Villager_guy135, Are the acrylic front and back panels actually translucent (not transparent) or have you not yet removed the thin plastic protective film from the panels? 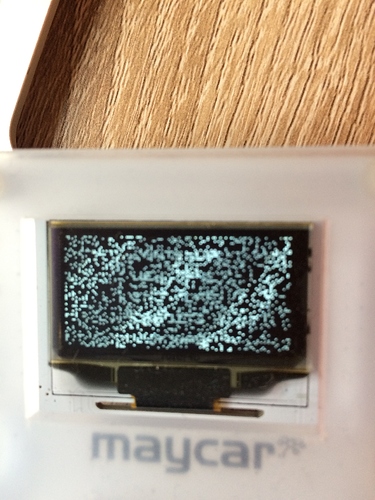 i was messing around when I encountered this error whilst modding

I was modding the game when this happened…

Which game? What mod??

Right here. I moved form engineering from IT ages ago and just needed something fun to do. Bought a Maycar clone for $49 out of impulse and then cam cross this thread and then just ordered a real one from a local distributor here is AUS for $101. I’m a working professional and spending a bit more doesn’t bother me for something fun to do! Yes there are clones out there but pirate software never did Microsoft or Adobe any real long term harm!!! Keep up the good work guys.

You must be in Australia and shopping at Jaycar?

I had some fun with Jaycar when they first released these as they had artwork from my games on the website without referencing the licence. I rang them a couple of times until they changed it but I bet they didn’t do the physical packaging.

I was sort of hoping if I annoyed them enough they would offer me a few of these units to shut up. They never did and I noticed they changed the website and online PDF without letting me know they had fixed it.

Interesting… well they sponsor local national football teams so I can’t think they’re doing that badly on profits… i’m just reading their wikipedia page and they’re not a stranger to dubious behaviour IP wise… out of curiosity, how did you approach them and what did they say?

I rang their head office and asked for the head of risk and compliance. Of course they didn’t have one of those so I then asked for the Product or Marketing Manager. They tried to say that they buy them from China like that (which they probably do) but I didn’t care. They said they will look into it but I had to follow up a couple of times then they just quietly changed the online stuff. Probably because they didn’t want the headache of changing the physical packaging.

I haven’t been to one of their stores since lockdowns started 18 months ago in Melb. I am curious now to go back to a store and see if I can find the item and look at its packaging.

I think if you sell a lot of Chinese electronics you are always going to trample on other’s IP. 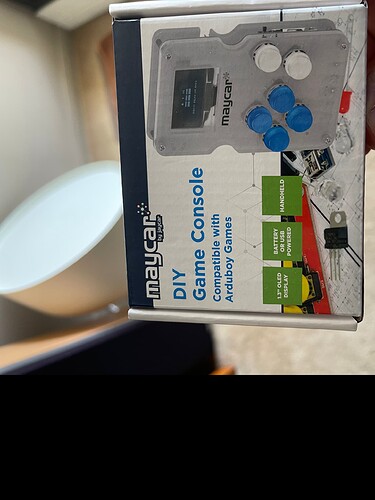 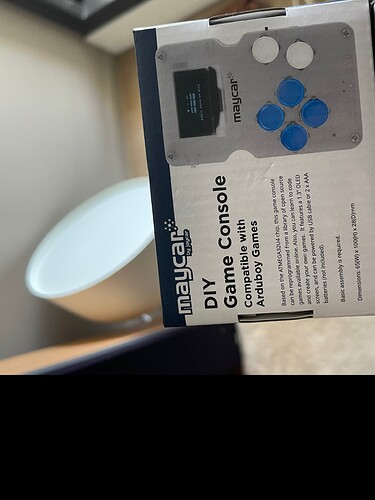 (I can’t be bothered to look up the relevant trademark laws at the moment though.)

Yep they are my graphics … however the website had much more.

@filmote 's copyright is a different issue from the Arduino trademark, filmote could have a case.

My understanding of U.S. and Canada trademark law (assuming Australia is similar) is you can use trademarked names as long as you don’t cause confusion or mislead consumers into thinking it is an official product of the other brand.

“DIY Game Console Compatible with Arduboy” would be allowed as the term “compatible” in this context implies it is not the actual product and nothing on the packaging looks intended to mislead into thinking it’s an original Arduboy product.

If it looked like an Arduboy we’d be getting into the danger zooOOoone where it could easily be argued that consumers could be misled to think it’s a genuine Arduboy product.

Using logos is much more risky but can be done to a certain degree as long as it’s clear it’s not an official product and only means “compatible with” and you’re confident you can convince a judge no attempt at brand confusion/misrepresentation was committed.
Like writing “this product is not produced/endorsed/sold/etc by …” in clear large text on the packaging.

In this case it’s clear it’s a (somewhat flimsy) DIY clone kit, someone would have a hard time convincing a judge it infringes trademark, that someone could confuse it for a genuine product.

–
Copyright is very different and separate from trademark.
And filmote could have a case on not just copyright but … I can’t find the legal term right now but something to do with artists endorsement and control over their creations.

Because they put his game front and center on their product.

If it was one of 50 screenshots on the box it’d be more difficult to argue but it’s the only one on the product.

So that latest one is called “moral rights”. Now, this is a bit of a stretch because it’s usually used when a piece of art is used in a way that could hurt an author’s reputation (eg: if it was used by some morally reprehensible groups).

Realistically here as far as the packaging goes the best filmote could hope for (in my opinion and from what I read. I am not a lawyer, I just like to read up on cases.) after fighting in civil court is the store will put a block-out sticker on top of the screen to hide the game.

For trademark (“Press play on tape” logo could quality) you need to actively sell a product, service, or be registered (and even registered you need to trade something or you can lose your trademark, you can’t just sit on it).

But in this case too without proof of financial tort or damage to reputation best that can be hoped is they slap a sticker on it.

Judges don’t like to have their court time taken up by trivial matters where damages can’t be demonstrated so that wouldn’t play in the complainant’s favor.

And worse, if you don’t sell a product/service and don’t have trademark registered the store could register the “press play on tape” trademark themselves and say “He’s not selling anything, we are, look here on this Maycar box. We’re disputing the trademark”. I doubt they would but more silly things have been done.

Obviously I am not taking the issue further. AS I said earlier, I was hoping they would offer me a couple of the kits to shut me up

I was hoping to reply to this yesterday, but events conspired…

@filmote 's copyright is a different issue from the Arduino trademark

They are indeed different. I wasn’t commenting on Filmote’s situation, or considering the two related, I was merely wondering if the presence of the word “Arduboy” on the packaging (which I vaguely recall being properly trademarked, though it’s possible it may be the logo rather than the word that’s trademarked) had any legal implications.

I suspected @filmote was probably not very serious about it, but just in case anyone else finds this information useful…

So that latest one is called “moral rights”. Now, this is a bit of a stretch because it’s usually used when a piece of art is used in a way that could hurt an author’s reputation (eg: if it was used by some morally reprehensible groups).

I suspected that’s probably what you were thinking of.

I don’t know about elsewhere, but one of the moral rights conferred by Australian law is the right of attribution (specfically by the “Copyright Amendment (Moral Rights) Act 2000”, Division 2), so in terms of moral rights Filmote could probably demand that he and Vampirics be properly cited. (Obviously, this may not be the case for other countries.)

How copyright pertains to screenshots and footage of a game is actually quite a topical issue that’s been affecting streamers quite a bit. (Though not as much as music copyright.)

It’s quite a complex issue though. Whether software, graphics and sound are counted as separate entities or aspects of the same entity isn’t entirely clear (partly because a lot of copyright law has yet to acknowledge video games as a unique art form as they do with cinema), but if they are separate then they’d have to be licensed separately.

This is one of the reasons I’ve taken to licensing graphics separately from source code. (And why I try to make it clear that my logo is the only part of my very few Arduboy games that I retain all copyright to.)

If the Press Play on Tape logo were licensed with a creative commons licence with a non-commercial clause then this could be claimed as a breach of the licence, since Maycar are using the image in a commercial capacity.

The nice thing about licences is that you can pick and choose who gets what rights. You can provide a non-commercial licence as the default and then if someone wants to use the work commercially you can negotiate the terms of an exclusive licence that allows them to use it commercially (e.g. in exchange for royalties).

For trademark (“Press play on tape” logo could quality) you need to actively sell a product, service, or be registered (and even registered you need to trade something or you can lose your trademark, you can’t just sit on it).

I think copyright would be a better thing to lean on in this case rather than trademarks, but I will say that had the games been sold, e.g. via itch.io, then it might qualify as a trademark.

In this case it would probably be too late for that, but other people may wish to look into that aspect, particularly if they’re trying to develop a sort of ‘brand’ under which they publish games, and may in future wish to sell their games.