This is my Arduboy Uploader for Windows:

How to use it: 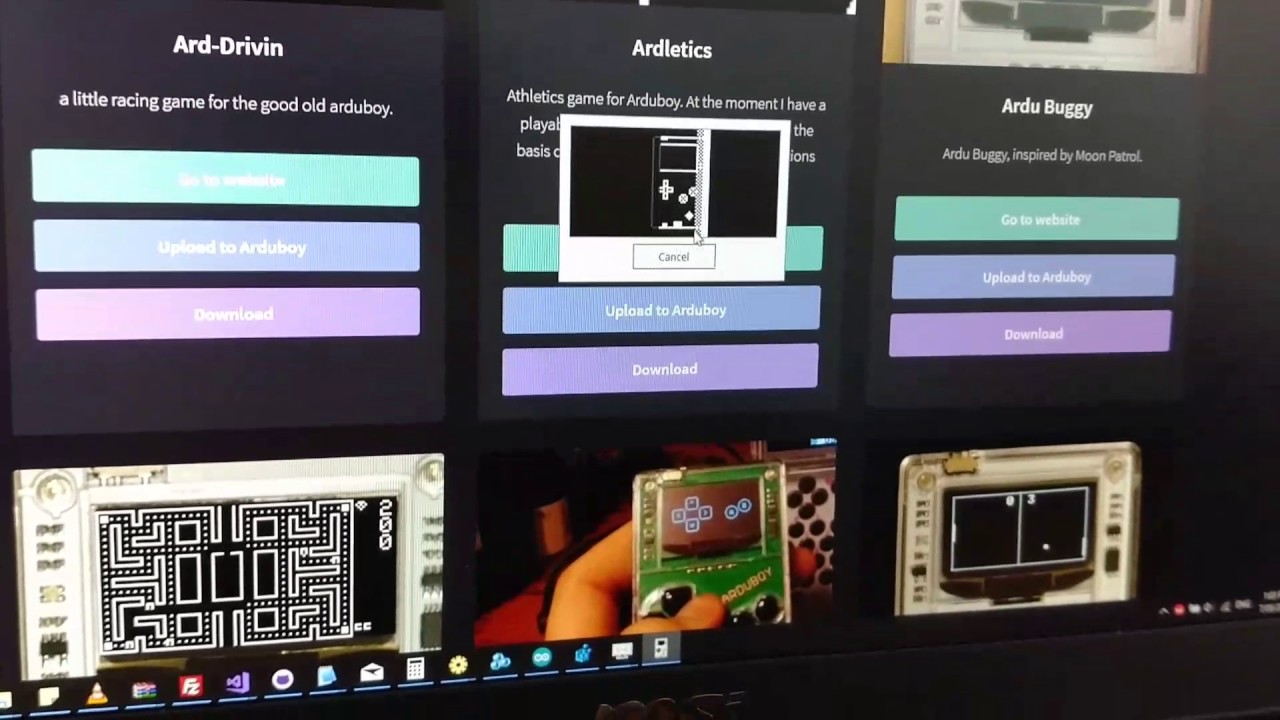 Very cool! I love it!

Just 1 suggestion… Due to licensing, many games you have uploaded require the author to be cited, so it would be cool to see their info listed.

Added a button with the author/license info

Would be even better if it would work with .arduboy files … (or maybe it does)

Mmmmm I just can’t seem to get the uploader to work. I’ve downloaded the uploader, installed it, now at http://arduboy.ried.cl/ and clicked on “upload to arduboy”, a dialog pops up “open url :arduboy protocol?”, click ok and the uploader pops up scans a bit and turns red and fails.Retry, and same thing. Every game I tried won’t upload.

Not sure what’s up. Tried the uploader offline, picked my own .hex file and won’t upload either.

I think it did find my arduboy, it puts it into bootloader and then loses it somewhat after the com port switches I think. Never tried teamARGs loader, will give it a go later and check.

it is not finding your Arduboy, does the Arduboy Game Loader works too?

just downloaded and tried the TEAMarg loader and it works.

But, with your uploader, I can hear the first beep when it switches but then probably fails to find COM8, after a few secs arduboy resets without loading.

Oh, maybe I need to increase the delay of waiting. Right now it aborts the procedure if the Arduboy does not come up back in 6 seconds

Can you try the version 0.4 ? (I increased the delays a bit)

Can you try the version 0.4 ? (I increased the delays a bit)

meanwhile, arduboy’s screen is blanked and then resets in a bit.

If you go to the Windows event viewer do you see a warning like the one in this pic?:

nope but this is what I got:

That probably came later after the failed upload, if I leave the pop up windown on, abloader running it faults after a while.

Ahh… you need to download and install the .Net framework 4.5
https://www.microsoft.com/en-us/download/details.aspx?id=42642

I am going to put that into the requirements if that fixes your problem. I have only 3 machines and all of them are with Win 10

mmm strange, I do have .NET framework 4.5.1 installed.

I am going to test it later in a Win7 VM to make sure it runs properly. If you want to try to install 4.5.2, go ahead and tell me if that fixes your problem.

I can recompile it to a lower framework

downloading 4.5.2 now, will try later and let you know if it works. Thanks much.

I am going to test it later in a Win7 VM to make sure it runs properly. If you want to try to install 4.5.2, go ahead and tell me if that fixes your problem.

I can recompile it to a lower framework

I have now installed 4.5.2 but I’m still getting the same problem, log shows the same problem, strangely it’s still using .NET framework 4.0 (this version doesn’t show up in the uninstall list probably built into the system)

These are installed on my system, current and older below: